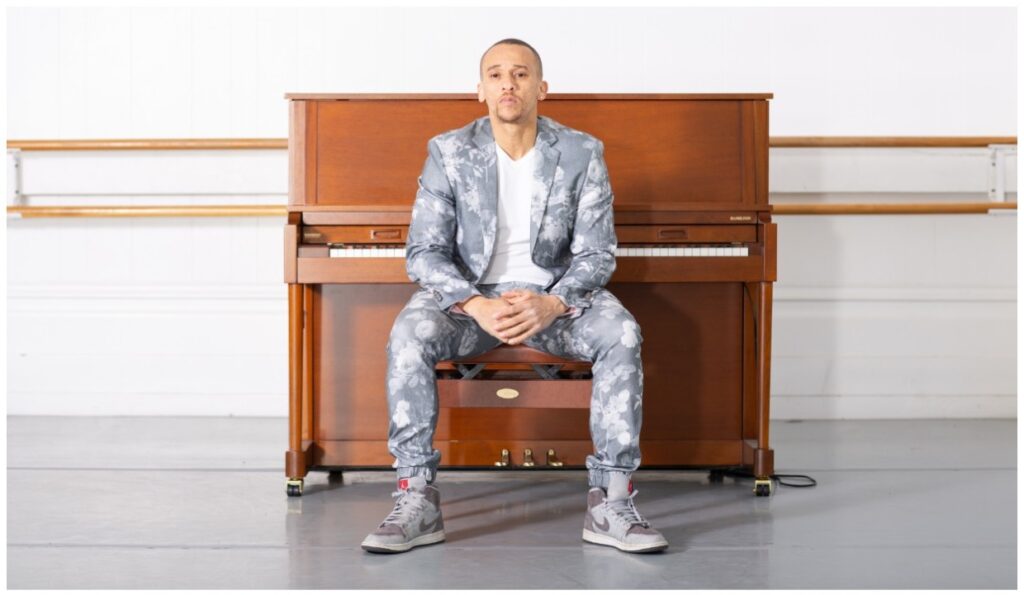 Looking for some Monday motivation? We’ve got you covered! Celebrate the first Monday of 2020 by discovering new music. Here are five new songs that you can listen to right now to start your week, year and decade the right way.

Pianist/MC/producer Kev Choice “counts his blessings” on his latest track, which finds him drawing on personal experience to spread an empowering message of overcoming tragedies. The song features his trio with drummer/vocalist Dame Drummer and bassist Shimpei, which combines elements of classic jazz piano trio with the form and vibe of hip-hop. The video for “Countin’ Blessings” was filmed in various locations around Los Angeles by director/photographer Slaucienega. Many of these locations are referred to in the song, including the surrounding neighborhoods of USC, where Kev Choice tells us his “former student/mentee Victor McElhaney attended Thornton School of Music but was tragically murdered nearby earlier this year (just months before his graduation).”

“Kabir” is a song from an upcoming six-years-in-the-making album by guitar legend John McLaughlin. Is That So?, due out January 9, finds him revisiting the Indian music tradition in a freer vein than his famed ’70s Shakti project. To do so, he rekindles one of his deepest collaborations – that with tabla master Zakir Hussain – and finds inspiration in the vocal talents of Shankar Mahadevan. As “Kabir” shows, the album overflows with a sense of spiritual exploration and documents the encounter between three creative souls keen on exploring uncharted musical territories.

“Still” is the latest track from Dan Rosenboom’s upcoming album, Absurd in the Anthropocene, recorded with a band including Jeff Babko on synths, Gavin Templeton on piano, Jerry Watts Jr. on electric bass and Gary Novak on drums at Stella Sound Studios with engineer Justin Stanley. The trumpeter/composer tells us there’s something simultaneously futuristic and nostalgic that he loves about the piece: “I wrote this wistful, melancholic tune sitting in front of Clyfford Still’s majestic PH-143 at the Los Angeles County Museum of Art, and when we decided to record it for this album, I had the idea of doing it as almost a 50’s Miles Davis meets Blade Runner vibe.” Absurd in the Anthropocene is due out January 31 via Gearbox.

Cuban cuatro master Kiki Valera blends his virtuosic talent with traditional Cuban music and jazz sensibilities on his new album, Vivencias en Clave Cubana. Valera is the oldest son of the famous La Familia Valera Miranda septet, one of the most important purveyors of the Son Cubano – a genre of music and dance that blends elements of Spanish and African origin, and that originated in the highlands of Eastern Cuba during the late 19th century. “Mi Son,” written by Coco Freeman, is a tribute to the Son Cubano. The track is arranged and performed by Valera alongside an all-star ensemble, and it is featured on Vivencias en Clave Cubana, out now via Origin Records.

Wayne Shorter and the Jazz at Lincoln Center Orchestra with Wynton Marsalis, “Yes or No”

This arrangement of “Yes or No,” Wayne Shorter’s composition from his classic Blue Note album JuJu (featured on our list of five essential albums of 1965), is the opening track of an upcoming Blue Engine release titled The Music of Wayne Shorter. The album collects highlights from the three nights in 2015 where the composer/saxophonist, whose legendary career spans 60 years, joined The Jazz at Lincoln Center Orchestra with Wynton Marsalis on stage to perform new arrangements of some of his best-known compositions. Other tracks featured on the set include “Contemplation,” “Endangered Species” and many more.