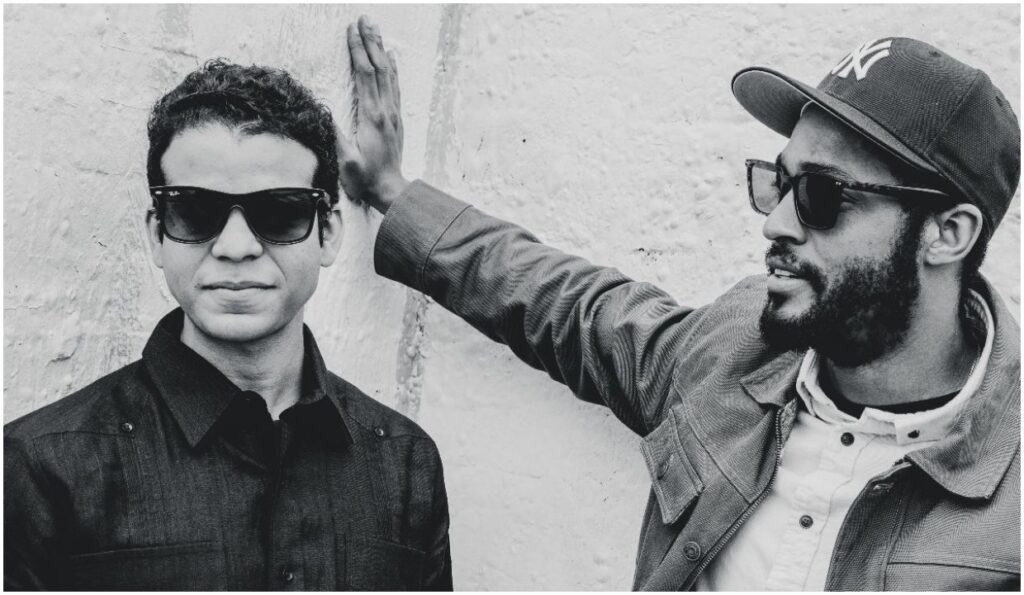 Looking for some Monday motivation? We’ve got you covered. From a lament for a Civil Rights Movement icon to a celebration of the coming together of people, here are five new songs that you can listen to right now to start your week the right way.

Afro-Caribbean trumpeter Aquiles Navarro and percussionist Tcheser Holmes are longtime friends and collaborators, as well as members of the acclaimed free jazz collective Irreversible Entanglements. Their new collaborative album, Heritage of the Invisible II, is due out October 23 and features a new set of expanded duo music, with samples and electronics over acoustic improvisation, as well as an array of notable special guests. “Pueblo,” the lead single from the album, is described by Navarro as “a celebration of life, the coming together of people … a feeling of openness, hope and a future of unity from el pueblo, the people.” It is accompanied by a video directed by Good Glass Films.

Steve Arrington addresses the current state of things in the United States and echoes the sentiments of the Black Lives Matter Movement on his new single, “Make a Difference.” The funk legend explains via a press release that the song also speaks to the message left by John Lewis “to understand and move forward, not making a difference just for a few months but for a lifetime of living.” The song is included on his upcoming album, Down to the Lowest Terms: The Soul Sessions, his first solo LP in eleven years. Co-created with Stones Throw founder Peanut Butter Wolf, Down to the Lowest Terms will be released via Stones Throw on September 18.

Multi-instrumentalist/composer Josh Johnson has turned heads touring and recording with such artists as Jeff Parker, Makaya McCraven and Marquis Hill, among others. He is now set to release his own debut album as a leader, Freedom Exercise, on October 9 via Northern Spy. “Western Ave” is the first single from the album and is named for the city-spanning thoroughfare of the two cities that left an imprint on his sound: Chicago, where he was born, and Los Angeles, where he has been based for eight years now. The music is performed within a quintet setting and features Afrobeat-inspired drumming as well as an earthy bass line.

ALA.NI and Adrien Younge, “Lament for Emmett Till”

Songwriter/visual artist ALA.NI shared the Adrien Younge-produced version of “Lament for Emmett Till” as an Amazon Original. The song is a reimagined version of ALA.NI’s achingly beautiful song released earlier this year, on the eve of what would have been Till’s 79th birthday and in honor of the 65th anniversary of his violent, racially motivated death. The new version features ALA.NI reciting a poem of the same name by the radical activist Claudia Jones over Adrien Younge’s lush, cinematic production. All proceeds from the track will be donated to The Emmett Till Legacy Foundation, which ALA.NI is an official ambassador of and that supports the campaign to seek justice for Till.

“#45″ is a track from John Daversa’s new album, Cuarentena: With Family at Home, which was released on August 28 via eONE Music. Featuring Daversa on flugelhorn and trumpet alongside a superstar lineup of Miami-based musicians, Cuarentena is described as an homage to familial love and the healing power of music through the muse of Bolero. “#45” was written by his father, Jay Daversa, around 30 years ago. “He wrote it as a bossa nova originally but I thought it would work well within our bolero concept,” says John. “It is one of those melodies that are timeless. It gets stuck in your head!”