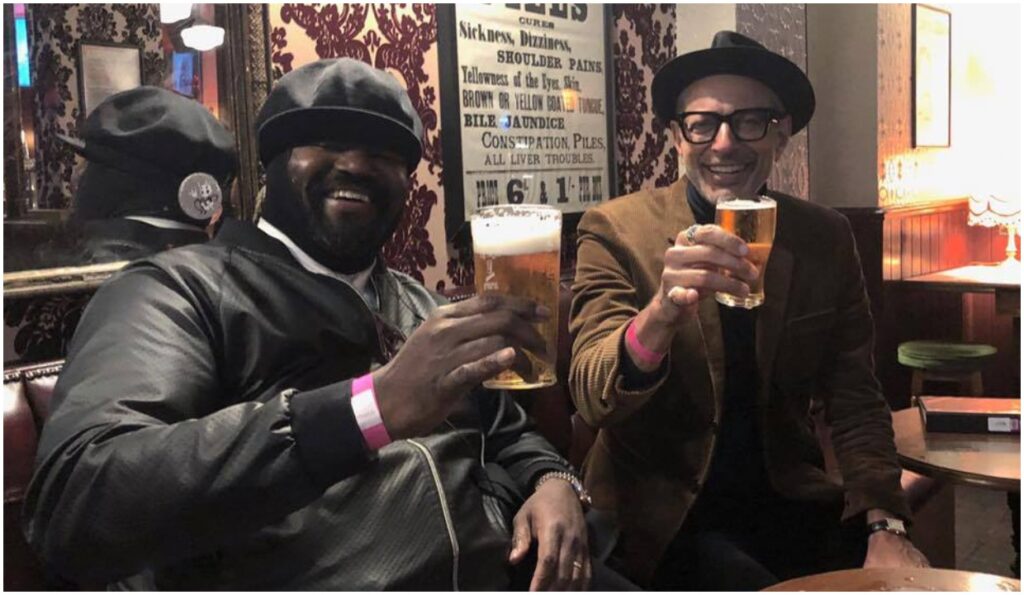 Looking for some Monday motivation? We’ve got you covered. From the new jazz venture of a beloved actor to the studio album debut of an exciting new quartet, here are five new songs that you can listen to right now to start your week the right way.

John Coltrane, Grant Green and Fela Kuti are just some of the main influences of Sefi Zisling, one of Tel Aviv’s top trumpeters of the jazz and funk scene. Those influences can be heard on his new single, “Happy Solar Return.” This is a nine-minute Afrobeat voyage that also features prolific Israeli musician/producer/animator Kutiman on keyboards. The song is included on his upcoming new album, Expanse, which follows his debut album, Beyond the Things I Know, and will be released on November 22 via Tru Thoughts.

Actor/pianist Jeff Goldblum and vocalist Gregory Porter team up again on a reading of Jule Styne’s popular composition, “Make Someone Happy.” The song is featured on Goldblum’s upcoming sophomore jazz album with his longtime band, The Mildred Snitzer Orchestra, I Shouldn’t Be Telling You This. It was a performance by Goldblum and Porter on UK’s Graham Norton Show that prompted Decca to sign the Jurassic Park actor to their prestigious roster and record his album debut, The Capitol Studios Sessions. The same label will be releasing I Shouldn’t Be Telling You This on November 1.

JAZZIZ is happy to present the premiere of “Not By Chance,” the new ethereal single from Seattle’s lineup-fluid collective, High Pulp. The song is included on their EP, Light Fix, due out November 22, which finds them embracing voice as an instrument. Each of its three tracks, in fact, features a different vocalist and their contributions, explains Rob Granfelt via a press release, elevated each starting concept “to a whole new level.” “Not By Chance,” which meditates on the destiny of true love, features vocalist JusMoni’s introspective performance against a glowing and sophisticated soundscape.

Vahagni, “The Life and Death of a Great Matador”

Los Angeles-based guitarist/composer Vahagni shared the official video for the title track of his EP, The Life & Death of a Great Matador. This track is the centerpiece of a triptych that he wrote for his late father – Sarkis Turgutyan, the first-ever guitar soloist for the National Philharmonic Orchestra of Armenia – and it is influenced by his passion for flamenco. The video features flamenco dancer Manuel Gutíerrez’s interpretive dancing and the bloodied jacket at the end of the video was designed by artist/writer fashion designer Domingo Zapata.

Saxophonist/composer Chris Madsen is set to release his new album, Bonfire, on November 1 via Outside In Music. The LP was recorded in November 2019 and introduces his new quartet of four of Chicago’s finest improvising musicians, featuring drummer Dana Hall, pianist Stu Mindeman and bassist Clark Sommers. Bonfire consists entirely of new, original music, including the leadoff single of the same name. This is a sinewy, multi-faceted composition that showcases the talents of each member of the group.