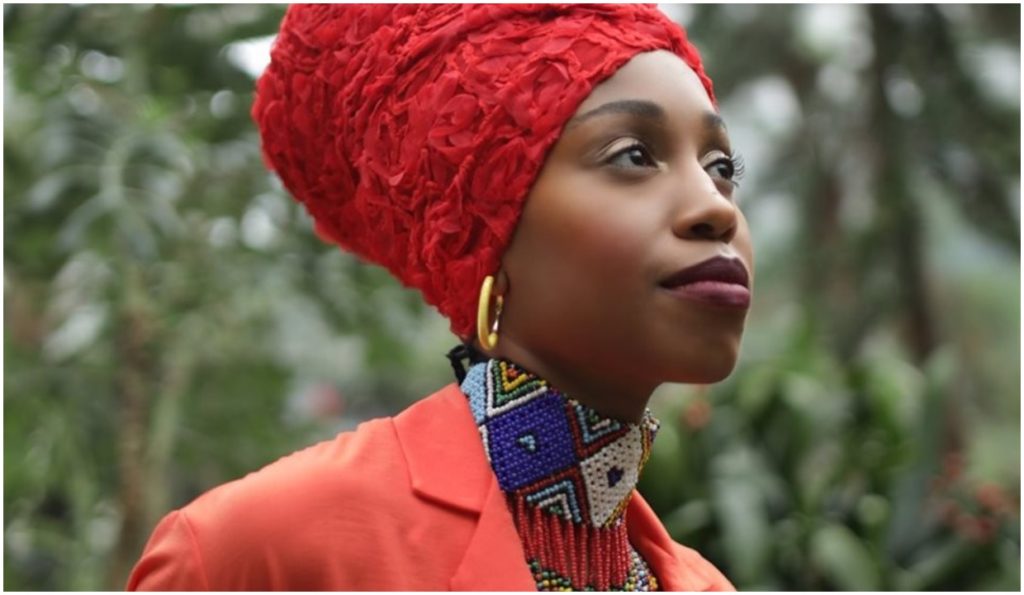 Looking for some Monday motivation? We’ve got you covered. From “last straws” to “green eyes,” here are five new songs that you can listen to right now to start your week the right way.

Nérija, one of London’s most exciting new jazz collectives, have shared their new single, the vibrant and dancefloor-ready “Last Straw.” This track is composed by Nérija’s tenor saxophonist Sheila Maurice-Grey and will be included on the septet’s forthcoming debut album Blume, a collection of compositions that perfectly encapsulates their energy, warmth and joy. Other members of Nérija are trumpeter Nubya Garcia, alto saxophonist Cassie Kinoshi, trombonist Rosie Turton, guitarist Shirley Tetteh, drummer Lizy Exell and bassist Rio Kai. Blume is due out August 2.

“Wide Awake” is the new single from pianist/songwriter Jon Regen. The song is included on his forthcoming album, Higher Ground, produced by Jamiroquai’s Matt Johnson, also heard playing keyboards on this track, as is fellow Jamiroquai member/guitarist Rob Harris. Higher Ground also features guest appearances by such renowned artists as Andy Summers of The Police and Nick Rhodes of Duran Duran, among others. The new LP, which follows Regen’s 2015 critically acclaimed Stop Time, is due out October 4 via Ropeadope.

Mwenso & the Shakes, “No Regrets”

JAZZIZ presents the premiere of “No Regrets” by Harlem-based band Mwenso & the Shakes, a unique troupe of global artists presenting music that merges entertainment and artistry. The song will be featured on the band’s debut album, Emergence. Bandleader Michael Mwenso tells us that “‘No Regrets’ is about the relationship we have between our convictions and the realization that everything is meant to happen. So, you win and you lose. There should be no regrets. Stay on path and listen to your ancestors. Strength will always keep you here.” He also tells us this is one of his favorite tracks of the album “especially because of Anthony Orgi’s angelic saxophone solo.” Emergence will be released on August 2.

The Side Project, “Everything I Do”

The Side Project is an exciting, innovative band that pairs four saxophones with drums, bass and vocals. Eyal Hai formed the band in 2013 and also serves as its lead arranger. He plays alto sax alongside Eden Bareket on baritone, Arnan Raz on tenor and Hailey Niswanger on soprano. Their new single, “Everything I Do,” showcases their edgy and irresistible sound. The song is taken from the band’s forthcoming album, Everything We Do, which marks the culmination of their work over the past two years. The new LP, which follows the band’s 2015 instrumental album #ThisPartySax, will be released on July 26 via Rabbit Rabbit Rabbit Records.

Jazzmeia Horn shared a new song from her upcoming album, Love and Liberation, her follow-up to her Grammy-nominated and critically acclaimed debut A Social Call. “Green Eyes” is a heartfelt interpretation of Erykah Badu’s song, and one of four covers featured on the LP. “Love and Liberation is a concept and mantra that I use consistently in my everyday life,” the singer/songwriter explains via a press release. “For me, the two go hand in hand and they both describe where I am in my life and career right now. An act of love is an act of liberation, and choosing to liberate – oneself or another – is an act of love.” Love and Liberation is scheduled for release on August 23 via Concord Jazz.