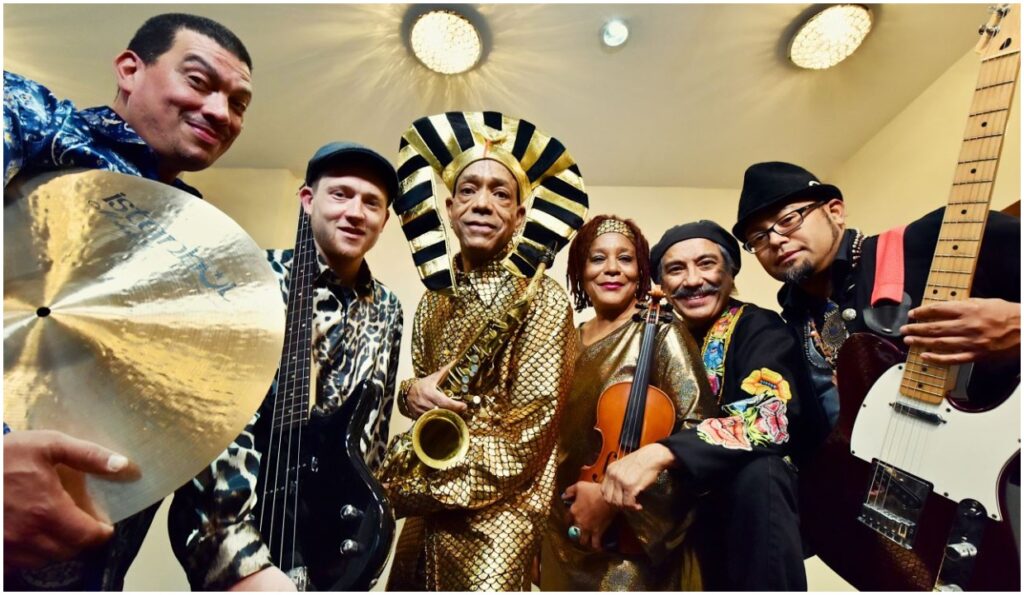 Looking for some Monday motivation? We’ve got you covered. From music that speaks to the soul to homages to Vince Charles and Kurt Vonnegut, here are five new songs that you can listen to right now to start your week the right way!

“Salvation” is a brand new track from Idris Ackamoor & The Pyramids’ epic new opus, Shaman!, out August 7 via Strut. The influential jazz collective’s new album traverses a wide range of emotions via a series of extended pieces revolving around the multi-instrumentalist/composer/bandleader’s intricate compositions. “I wanted to use this album to touch on some of the issues that we all face as individuals in the inner space of our souls and our conscience,” explains Ackamoor via a press release. “The album unfolds over four Acts with personal musical statements about love and loss, mortality, the afterlife, family and salvation.”

“Sir Charles” is a contemporary jazz song with an exotic, world music twist, and the new single from keyboardist/composer David Garfield. The composition is dedicated to percussionist/steel drum player Vince Charles. “He was a key mentor of mine and turned me onto all the great tropical music styles,” Garfield says. The track features guitarist Grant Geissman and a guest solo by saxophonist Brandon Fields. It will be included on Garfield’s forthcoming star-studded album, Stretchin’ Outside the Box, scheduled to be released early in 2021.

“Heavens to Murgatroyd” is a song from Still I Rise, trumpeter/composer Derrick Gardner’s debut album as bandleader of a classic 18-piece jazz orchestra, The Big dig! Band. The song’s eclectic sound traverses a history of music – from ragtime to hip-hop – and is enhanced by bells, chimes and even old slapstick cartoon sound effects. “The whole tune is a hodgepodge bouquet of chaos,” says Gardner. Still I Rise is out now via Impact Jazz and we included it on our list of ten jazz albums you need to know released in July 2020.

“Sympathy for Malachi Constant” is a song by guitarist/composer Charlie Ballantine. It is featured on his new sextet project, Vonnegut, a tribute to seminal author Kurt Vonnegut due out late September. Ballantine explains that this was the first song he wrote for the album and was particularly inspired by the novel The Sirens of Titan. “Something about the arc of the characters and ideas in this book in particular really sparked my imagination in a way I hadn’t felt in a long time, so I just started immediately writing down every musical idea that came out.”

Event Horizon Jazz Quartet comprises four of the finest Chicago-based jazz musicians. Their sound is firmly rooted in jazz and influenced by an eclectic variety of musical styles. “Chelsea Playground” is the opening track and one of the eleven original compositions of their eponymously titled debut album, released on May 29. The song is written by pianist Scott Mertens and is defined by saxophonist/flutist Jim Kaczmarek as juxtaposing “the carefree nature of children inhabiting a playground with the chaotic vibe of city streets.” Also featured in the quartet are bassist Donn DeSanto and drummer Rick Vitek.