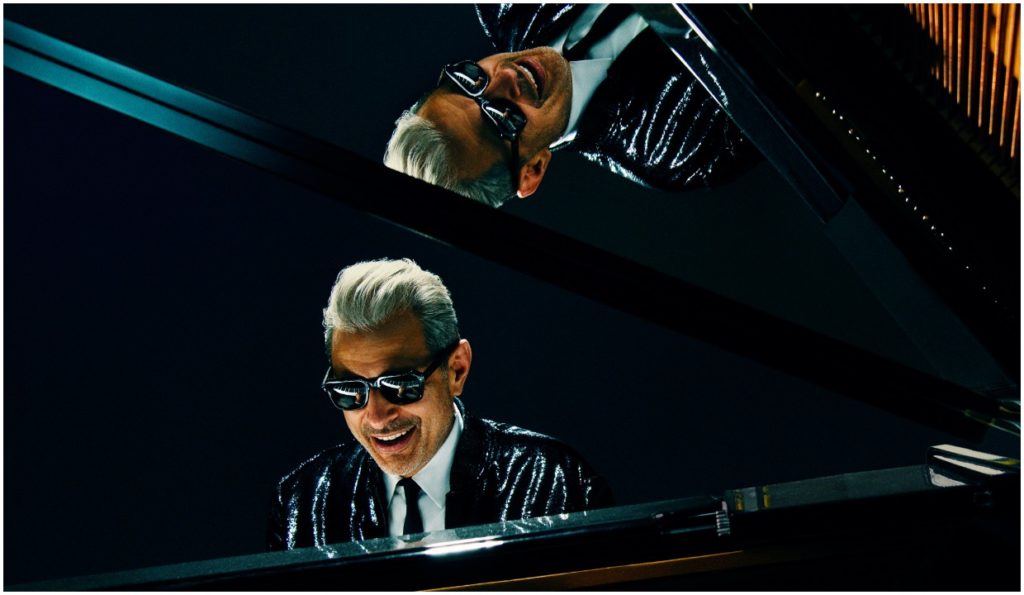 Looking for some Monday motivation? We’ve got you covered. From the first taste of a beloved actor’s upcoming sophomore jazz album to a reimagined John Coltrane classic, here are five new songs that you can listen to right now to start your week the right way.

Beloved actor Jeff Goldblum proved he could hold his own as a surprisingly talented pianist alongside the Mildred Snitzer Orchestra on his jazz album debut, The Capitol Studios Sessions. The success of that album inspired him to pursue his recording career further, and its follow-up, I Shouldn’t Be Telling You This, is already due out via Decca on November 1. The album’s lead single is a take on Irving Berlin’s famous 1936 composition “Let’s Face the Music and Dance,” and it features Sharon Van Etten on lead vocals, and it is her voice over sparse bass and piano that kicks off the track. Van Etten is one of the famous faces making a special appearance on I Shouldn’t Be Telling You This, which will also feature Fiona Apple, Anna Calvi and Gina Saputo.

Los Angeles-based trio Moonchild – made up of multi-instrumentalists Amber Navran, Max Bryk and Andris Mattson – have shared the lyric video for their new single, “What You’re Doing.” The single, like the previously released “Too Much To Ask,” will be featured on the band’s upcoming fourth album, Little Ghost. “What You’re Doing” is a dreamy song, featuring vocals by Navrat about the irresistible gravitational pull of love (“I keep my distance but the universe insists on laughing at me”), and a sonic dreamscape that epitomizes Moonchild’s characteristic blend of R&B, neo-soul, funk and jazz. Little Ghost was released September 6 via Tru Thoughts.

GoGo Penguin, “Ocean in a Drop”

GoGo Penguin – the UK-based trio including pianist Chris Illingworth, bassist Nick Blacka and drummer Rob Turner – shared the title track from their upcoming EP, Ocean in a Drop: Music for Film, out October 4 via Blue Note. The immersive “Ocean in a Drop” follows the previously released single, the atmospheric opener “Time-Lapse City,” and it is one of five tracks drawing inspiration from the band’s celebrated live soundtrack for Godfrey Reggio’s 1982 cult documentary Koyaanisqatsi. “People kept asking if we’d release the music as an album, but that didn’t feel right to us,” Illingworth explains via a press release. “The film has a great score already, but we really enjoyed the project and specifically writing music for film, so that provided inspiration for Ocean in a Drop.“

Michel Maurer shared “Tricycle,” the playful and sophisticated new single from his debut jazz album as a leader, The Shape of Noon. The upcoming LP features the drummer leading his Meridian ensemble – a quartet made up of guitarist Alex Levine, bassist Ben Rolson and saxophonist Peyton Pleminger – through a program of his own compositions, each influenced by shapes, colors and textures, and reflecting a natural compositional style. “The choice to play and record with Alex, Ben and Peyton is the first sound-related choice I made,” Maurer accounts via a press release. “They all have a sound that is pure and very human, and that makes their playing effective and beautiful… our four voices blend together and speak honestly.” The Shape of Noon is due out October 4 via Outside In Music.

Master conguero/bandleader Poncho Sanchez celebrated his 30th anniversary on Concord Picante by releasing his new album, Trane’s Delight, on September 20. With it, he also celebrates the legacy of one of his heroes: saxophone genius John Coltrane. “Blue Train,” one of the singles from the album, shows that Trane’s Delight is not only a loving tribute but a fusion of culture, as Sanchez and his band offer Latin jazz-tinged reimaginings of some of Coltrane’s best known and loved compositions. “I’ve always loved John Coltrane,” Sanchez says via a press release, “ever since I was a kid and first learned about jazz. I’ve recorded tributes to a lot of my heroes in life – Mongo Santamaria, Tito Puente, Cal Tjader – so I thought it was definitely time to do a tribute to the great John Coltrane.”