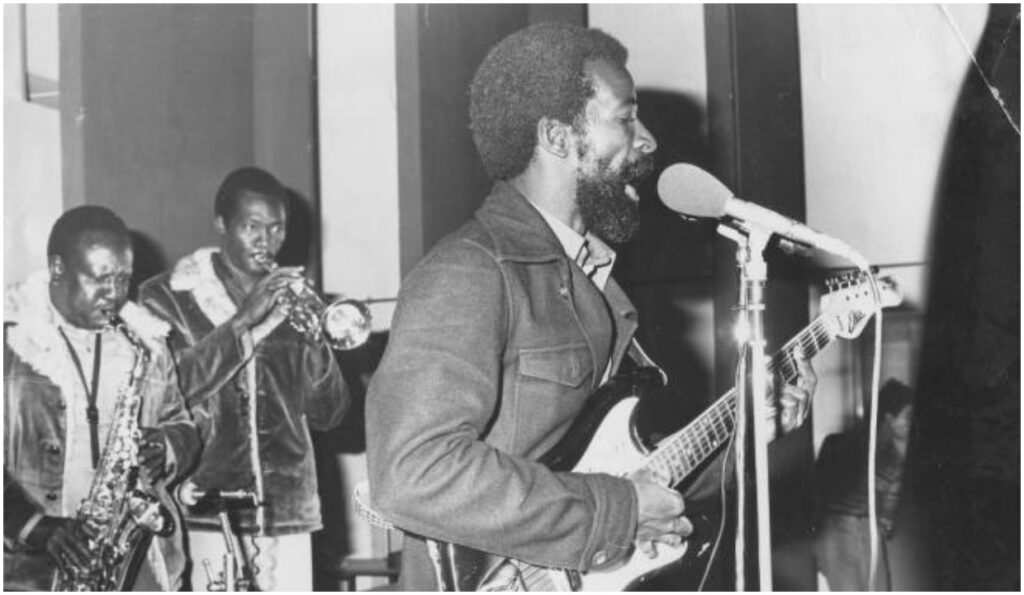 Looking for some Monday motivation? We’ve got you covered. From the transcendental sound of Sudanese jazz to interplanetary music, here are five new and recently unearthed songs that you can listen to right now to start your week the right way.

Chart-topping saxophonist/composer/producer Euge Groove will release his star-studded new album, Sing My Song, on June 26 via Shanachie. The album took him two-and-a-half years to complete and includes “Dirty Dozen,” which Groove describes as the “funk” song on the LP via a statement. “Once you’ve worked with Tower of Power, it changes your whole perception as to what ‘funk’ is,” he explains. “Hopefully, I did [them] proud.”

Brazilian/American songstress Alexia Bomtempo recorded her version of “I’m in Love Again,” aptly released on the year of the 100th anniversary of Peggy Lee, who popularized it in the mid-’60s. Bomtempo’s cover is included on her latest album, Suspiro, on which she showcases her love of timeless Brazilian classics, contemporary songs and American standards, with a few originals thrown in for good measure. Suspiro was released on April 24 on Ropeadope.

Saxophonist/composer Marco Pignataro released a new single, “Farfallina,” featuring vocalist Luciana Souza and pianist Kenny Warner, as well as three students of the Berklee Global Jazz Institute, of which Pignataro is the Co-Director with pianist Danilo Pérez. “Farfallina” also marks PIgnataro’s first foray into lyric writing, and he was inspired by the short life cycle of butterflies, poetically illustrating the imagery of fleeting beauty.

German-based label Habibi Funk has released another transcendental gem from the Arab-speaking world. “El Bambi” is a song from the Sudanese “King of Jazz,” Sharhabil Ahmed. Originally recorded sometimes in the ’60s, the song belongs to the Sudanese Jazz genre, which bears little resemblance to Western jazz and is actually a unique combination of surf, rock, funk, Congolese music and East African harmonies. The song will be included on a new compilation album of unearthed music from the singer/songwriter/guitarist titled The Sudanese King of Jazz, out July 10.

Drummer Matt Wilson’s “Space Force/Interplanetary Music” is a caustic march that draws inspiration from the launch of the United States Space Force from last year. This two-part medley is carefully crafted by weaving samples of a Donald Trump speech from the launch into music performed by Wilson’s quartet, which is inspired by and references the interstellar sound of cosmic jazz master Sun Ra. “Putting those two tunes together puts some joy into the other half, which desperately needs it,” explains Wilson via a statement. “Space Force/Interplanetary Music” is included on his new album, Hug!, released on April 24 via Palmetto.