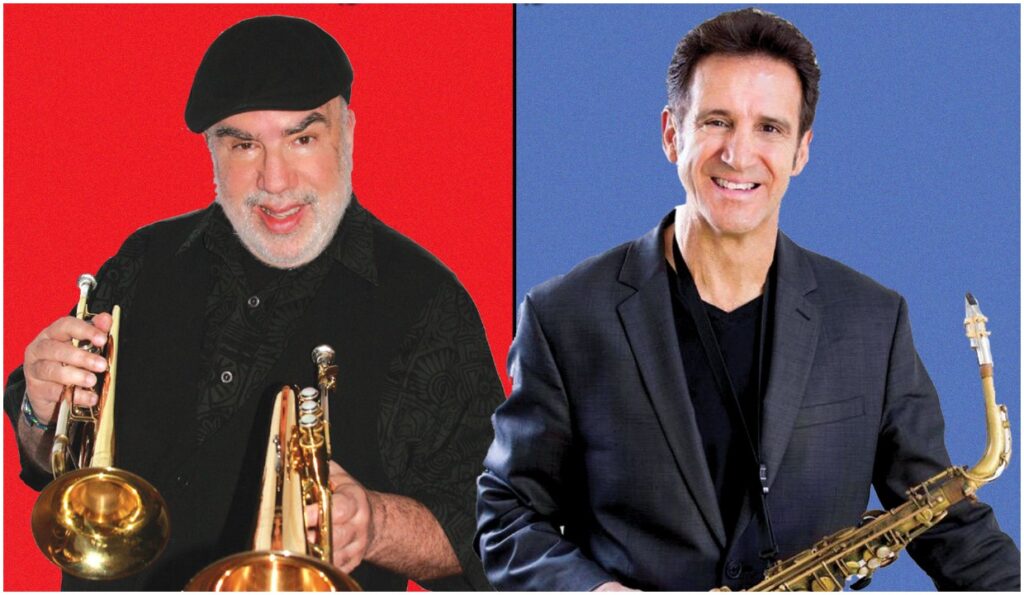 Looking for some Monday motivation? We’ve got you covered. From a highly anticipated collaboration to a sonic representation of a picturesque scene, here are five new tracks that you can listen to right now to start your week the right way.

Drummer/percussionist/educator Jorge Perez-Albela released his new album, The Time Is Now, on July 10. It marks his first foray as a bandleader and includes ten tracks, each of which reflects an array of musical traditions tied together by a jazz sensibility. About “Shining Star,” Perez-Albela says that he incorporated elements from Brazil and Peru, with the aim to “deliver a powerful message of empathy, encouragement and unity.”

Eric Marienthal and Randy Brecker’s anticipated collaborative album, Double Dealin’, is due out September 11 via Shanachie. While they have performed together in the past, this is their first co-led recording. This title track opens a program of ten new original compositions. “What I love about this track, among other things, is the sax section and great baritone sax playing of Eric’s one-man sax section,” says Brecker. “The thing that really makes this tune for me is Randy’s iconic wah-wah trumpet solo,” reciprocates Marienthal. “This is the opening cut on the CD, so right away, you know that he’s got some serious tricks up his sleeve!”

Composer/pianist/multi-woodwinds player Tom Ranier released This Way on June 26. This marks his first recording as a leader in 14 years. “Trio Vision” features bassist Trey Henry and drummer Ralph Humphrey, and is one of six originals on the album. Ranier says that to compose it, he was inspired by “the concept and sound of Bill Evans’ trios, particularly the recording Sunday at the Village Vanguard with Bill, Scott LaFaro and Paul Motian.”

Inspired by his multi-cultural ancestry, trombonist/composer Javier Nero ruminates on the word “freedom” and what it means to him on his forthcoming album. Freedom, out August 7 via Outside in Music, features 12 genre-spanning originals, including the new single “Crystal Lake,” which Nero defines as a “sonic representation of a beautiful lake I lived on in Miami, Florida [that] attempts to capture both the beauty and mystery of water as it changes characteristics from day to night.”

Eddie Chacon, “My Mind Is Out of Its Mind”

“My Mind Is Out of Its Mind” is a celestial, laid-back track off Eddie Chacon’s upcoming album, Pleasure, Joy and Happiness, produced by John Carroll Kirby. The song, Chacon explains via a statement, “sounds like a relationship song but I was really just trying to articulate how regret inevitably comes with self-reflection. It was a rare track on the record where John Carroll Kirby wrote the track to my lyrics and melody ideas. Usually, we write the other way around.” Pleasure, Joy and Happiness will be released on July 31 via Day End Records.