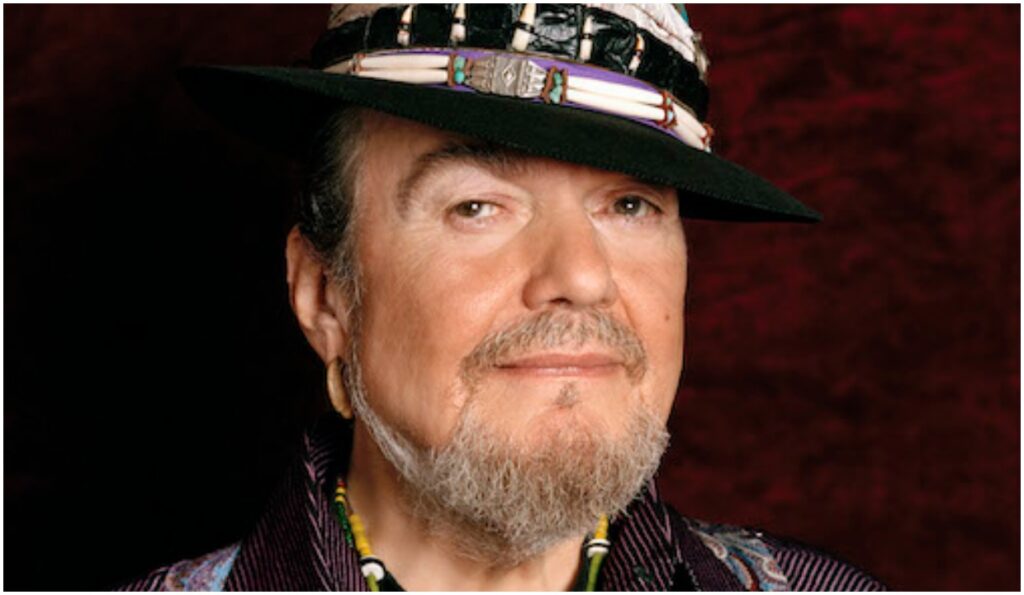 Looking for some Monday motivation? We’ve got you covered. From a recently unearthed gem by a New Orleans legend to a celebration of a jazz icon, here are five new songs that you can listen to right now to start you week the right way.

Dr. John, celebrated as one of the greatest interpreters of New Orleans’ polyglot musical tradition, died earlier this year, on June 6. JAZZIZ is proud to present an exclusive song premiere of his take on the classic song “Tell Me You’ll Wait for Me.” This is one of 16 tracks from the upcoming posthumous release, Big Band Voodoo. The album documents a previously unreleased session featuring Dr. John alongside the world-renowned WDR Big Band. Originally recorded in Germany in 1995, Big Band Voodoo will finally be released to the public on November 1 via Orange Music – the label of his longtime friend and manager Stanley Chaisson. “To me, it’s one of the best pairings of jazz, blues and swing on a recording that was ever done,” comments Chaisson via a press release.

The New Alchemy Jazz Orchestra, “You Go to My Head”

The New Alchemy Jazz Orchestra (NAJO) is an exciting 17-piece band co-led by some of New York City’s most inspiring young talent. The band recently released their new single, a haunting take on the familiar classic “You Go to My Head,” originally composed by J. Fred Coots with lyrics by Haven Gillespie in 1938. This version was arranged by saxophonist and NAJO co-leader Steve Kortyka. Featured throughout are vocals by Alexa Barchini, as well as an inspired solo chorus by tenor saxophonist Jonathan Beshay.

Vocalist Deborah Silver and crooner/pianist Freddy Cole have released their first duet single together, a take on “Orange Colored Sky.” They recorded this song as part of the centennial birthday commemorations of Freddy’s late brother, the great Nat King Cole, who first recorded it at Capitol Studios in 1950. “I think Nat King Cole was a huge influence on all music,” says Silver via a press release. “His velvety voice and debonair delivery are iconic. Also, recognizing what an admirable role he played in the civil rights movement, he always showed grace and dignity.” This version of “Orange Colored Sky” was produced by Steve Tyrell and arranged by Alan Broadbent.

Kyle Eastwood went to film school before embarking on a music career and eventually becoming an internationally acclaimed jazz bassist. He returns to his interest in the flicks on his upcoming release, Cinematic, featuring his takes on some famous movie themes. The leadoff single from the album, which is due out on November 8, is a version of the theme from his filmmaker father Clint Eastwood’s Gran Torino, featuring Hugh Coltman on vocals. Clint has a penchant for writing music of his own – in fact, he co-wrote the theme song for this 2008 feature with his son, Jamie Cullum and Michaël Stevens.

“Mantra” is the new single from drummer/percussionist/composer Brian Shankar Adler. He explains to us that the song is “an original composition based on the Indian Raga, Chandrakauns, which is typically performed in the evening and gently evokes longing.” He also says the song is designed to give “the listener or performer an opportunity to super-impose his or her own meaning to it.” “Mantra” is one of the compositions from Fourth Dimension, his upcoming album jam-packed of songs rooted in his own spiritual upbringing in an Ashram, due out December 6 on Chant Records.