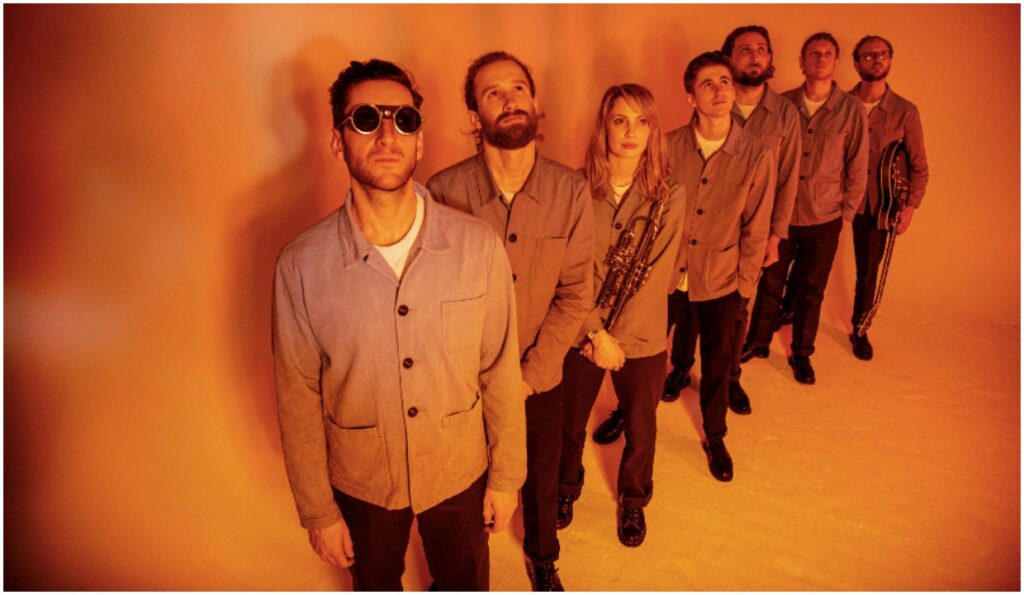 Looking for some Monday motivation? We’ve got you covered. From new versions of Charlie Parker and Beatles classics to the return of seminal boogaloo revivalists, here are five new songs that you can listen to right now to start your week the right way.

Santana keyboardist David K. Mathews released his newest project, The Fantasy Vocal Sessions Vol. 2, on June 5 via Effendi. This is the second release of a projected five-album series of recordings with some of his favorite singers, and this time it focuses on jazz arrangements of soul, pop and R&B tunes. The record includes this groovy adaptation of The Beatles’ “Yesterday,” with vocals by Kenny Washington. “If Ella Fitzgerald and Donny Hathaway had a love child, this is what you’d get,” says Mathews via a statement. “I think that Kenny Washington is one of the best jazz singers in the world, if not the best.”

British seven-piece and residents/owners of East London venue/bar of the same name, Kansas Smitty’s, combine journeying with cinematic textures on their new album Things Happened Here out this Friday via K7’s. American-Italian saxophonist/clarinetist/bandleader Giacomo Smith defines the title tracks as ” the feeling you get when you walk into an old house, an abandoned factory, or an ancient temple. A sense that some combination of great and terrible things have occurred on the ground on which you now stand.” To mark its release, Kansas Smitty will play their record live in full on a YouTube live-stream this Friday (June 26).

After a decades-long career as a landscape designer, jazz vocalist Mayita Dinos (who was trained by music legend Howlett Smith) has released her debut CD. The Garden Is My Stage, out now, is a picturesque concept album, compiling songs pertaining to the garden, including a take on Charlie Parker’s classic “Ornithology” with lyrics by Dinos herself. She describes it as “a different take on Bird’s classic: the Latin/cha cha arrangement by Dori Amarillo is a nod to my Puerto Rican background. The lyrics are mind and use the concept of musical flight as a metaphor for being in long. The song ended up feeling fun and fresh!”

Pianist/composer Cathlene Pineda draws on personal experience to explore the joys and sorrows of motherhood in her new album, Rainbow Baby, released on June 5 via Orenda. On “1nine,” she writes: “In January of 2019, about a week before my second child was born, my father had emergency surgery for a massive stroke he had suffered while I was stuck a thousand miles away, too pregnant to board a plane. ‘1nine’ is about the euphoria and excitement of my daughter’s arrival mixed with the heaviness of my father’s seemingly unending struggle; the ability to experience such incredible joy amidst grief.”

Seminal boogaloo revivalists Greyboy Allstars have shared “Como De Allstars,” the first single and title track of a surprise studio album, due out on July 3. This is the band’s first new music in seven years and it captures a relentless Caribbean funk groove buoyed by an inspiring message of unity. Coinciding with the band’s forthcoming Como de Allstars, Light in the Attic records will also be releasing a fresh pressing of Greyboy Allstars’ long-out-of-print classic debut album, West Coast Boogaloo, on August 7.