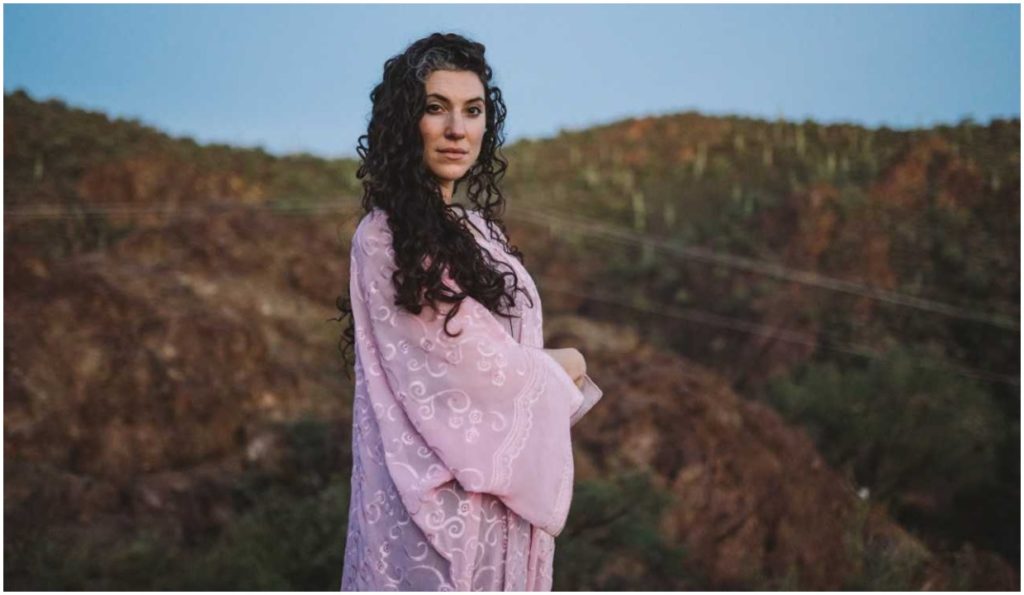 Looking for some Monday motivation? We’ve got you covered. From riveting debuts to fearless experimentation, here are five new songs that you can listen to right now to start your week the right way.

Canadian-born former figure skater turned singer Patrice Jégou shared her first single and video, featuring multi-Grammy Award winning vocal group, Take 6. “Wrap Your Troubles in Dreams” is a song originally written by composer Harry Barris with lyrics by Ted Koehler and Billy Moll in 1931, that has been interpreted by such artists as Louis Armstrong, Mildred Bailey and Frank Sinatra, among many others, over the years. Jégou’s heartfelt take on the song is included on her forthcoming album, If It Ain’t Love, out March 22, and was arranged and produced by Mark Kibble of Take 6.

“Pictures of You” is the new single from Dutch-born drum & bass producer Lenzman, featuring vocals by DRS. The song blends sounds of early hip-hop with jazz licks and soulful melodies, and an adrenalitic driving drum line with sophisticated sonic experimentation. “Pictures of You” is to be featured on Lenzman’s forthcoming album, Bobby LP, which will be released on Goldie’s label Metalheadz in the run to its 25th anniversary. The LP will also feature collaborations with such artists as Children of Zeus and Artificial Intelligence.

“This Road” is a duo performance by pianist Dave Meder and saxophonist Miguel Zenón. Meder tells JAZZIZ that the song came out of some sessions the two player together: “[Zenón] is particularly adept at superimposing rhythmic feels over a single pulse, so we played with that idea at the beginning, which creates a feeling of ambiguity. As the piece goes on, the rhytmic pulse becomes more apparent and we tried to create a dance-like feeling by freely movinig between different rhythmic groupings and claves, all over 7/4.” “This Road” is featured on Meder’s OutsideIn Music debut Passage, released last month.

Harvey Sutherland, “Something in the Water”

“Something in the Water” is the new single from producer, DJ and funk synthesist Harvey Sutherland out via Clarity Recordings. This is the first single from Sutherland’s new studio band, which comprises long-time drummer Graeme Pogson, percussionist Phil Binotto and bassist Luke Hodgson. The track draws from a need to find hope and life among dire environmental warning signs. Its rolling samba is punctuated by the mantra “they say there’s something in the water,” delivered by Melbourne soul singer Jace XL.

Songwriter and fearless creator Taali debuted “Star” from her debut full-length album I Am Here, out March 22 via Rainbow Blonde Records. The track features her fiancé and Rainbow Blonde label co-founder José James. “We wrote ‘Star’ for ourselves and our fellow dreamers worldwide; those looking for creation, connection and love,” explains Taali via a press release. “We specifically wrote and sang our own verses, different both melodically and lyrically, to showcase where we were in our lives at that moment. Personally, I wanted to speak to finally stepping into my power, a theme I address throughout I Am Here.”

Jazz Travels: In Indianapolis, a New Piano King Is Crowned