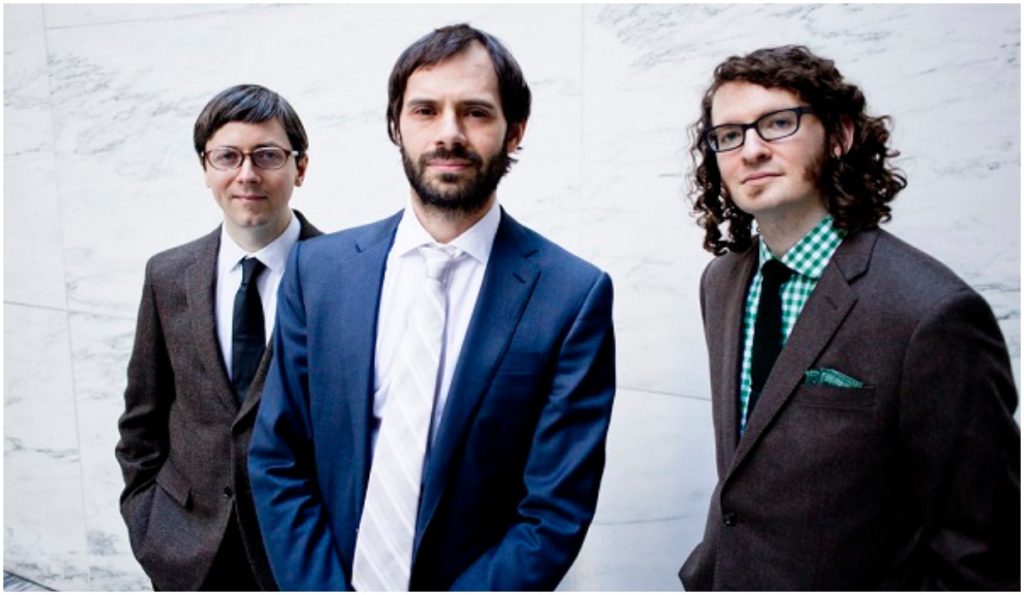 Your weekly roundup of Monday motivation. From the first-ever video of a trumpet legend’s composition to a loving tribute to a much-missed artist, here are five new songs that you can listen to right now to start your week the right way.

The first-ever music video for Miles Davis’ “Moon Dreams” has been released by Blue Note/UMe, in association with Ingenuity Studios. The video is influenced by Davis’ own sketches and imagines a night in New York City through every era of jazz. “Moon Dreams” is featured on the acclaimed collection The Complete Birth of the Cool. Released on June 7 via Blue Note/UMe, the set chronicles the brief yet monumental importance of the Miles Davis Nonet and honors the anniversary of the initial Birth of the Cool sessions by presenting all the music created by this influential collective.

“Orange” is the fourth track on drummer/composer Dan Weiss’ new trio recording, Utica Box. This is an intricate composition balancing the weights of space, texture and groove, and blurring the line between composition and improvisation. Weiss himself calls it the most balanced song on the record. The album also features pianist Jacob Sacks and finds Weiss employing two bassists – Thomas Morgan and Eivind Opsvik, both singly and dually. Utica Box is due out November 8 via Sunnyside and you can pre-order it here. To find out more about Weiss’ upcoming tour dates, visit his website.

Loudon Wainwright III, “Ever Since the World Ended”

Fat Possum announced the release of If You’re Going to the City: A Tribute to Mose Allison, a star-studded homage to the much-missed singer/songwriter/musician Mose Allison. The announcement comes with the release of the first track from the LP: Loudon Wainwright III’s version of Allison’s “Ever Since the World Ended.” A portion of the proceeds from If You’re Going to the City will be going towards Sweet Relief Musicians Fund, a nonprofit that provides assistance to career musicians who are struggling to make ends meet while facing illness, disability, or age-related problems.

Dopolarians, a new group blending jazz legends and younger generation improvisers from Southern U.S., are set to release their Mahakala Music album debut, Garden Party, on November 22. The album was also the last date percussionist Alvin Fiedler would make before he passed away on January 5, 2019. “Guilty Happy” offers a taste of the Dopolarians’ blend of wild improvisation and hummable composition. The track was written by saxophonist Chad Fowler and refers to the feeling one has upon noticing a moment of happiness during the process of mourning a loved one. You can preorder Garden Party here.

Saxophonist/composer Ben Flocks has shared the video for his rendition of Robert Maxwell’s “Shangri-La,” featuring images by visual artist Angel Antonio de la Fuente. The track is featured on his latest album, Mask of the Muse, out now via his own label, West Cliff Records. “I chose the melodies for Mask of the Muse to transport my listeners to a dream world,” he explains to us. “‘Shangri-La’ is inspired by a magical utopia deep in the jungle, surrounded by majestic mountains and sparkling waterfalls. There are many different ideas of a ‘paradise’ – I wanted to bring these dreamworlds to life and weave them together with my songs.”