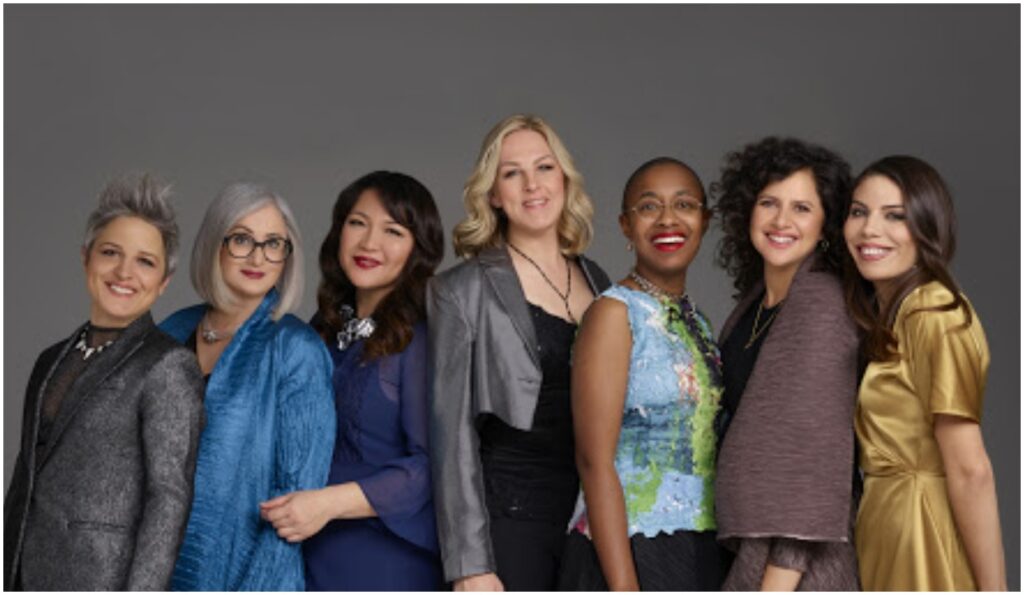 Looking for some Monday motivation? We’ve got you covered. From an all-star acoustic Brazilian quartet to an all-female jazz supergroup, here are five new songs that you can listen to right now to start your week the right way.

Trumpeter/composer/producer Dan Rosenboom’s new album, Points on an Infinite Line, is due out August 14 via his Orenda Records label. It presents a seven-part suite, one of which is “A Force for Good,” defined by a simple, driving melody that is a springboard for expansive improvisation. The album draws inspiration from John Coltrane’s famous “I want to be a force for good” quote, which Rosenboom explains, “speaks to the heart of what many improvising musicians strive for: that exchange between performers and audience where we are all inspired toward a higher plane of understanding, compassion, and love for each other.”

Guitarist Romero Lubambo, pianist Helio Alves, drummer Edu Ribeiro and bassist Reuben Rogers have joined forces on a new acoustic project. At Play will be released on August 14 via Broken Symmetries Music and finds this Brazilian jazz quartet presenting an exciting mix of originals and covers, including this version of Joao Bosco’s “Bala Com Bala.” Other tracks include takes on songs by such legendary Brazilian songwriters as Caetano Veloso, Dori Caymmi and Debora Grugel.

Artemis, the new all-female jazz supergroup, shared a version of Stevie Wonder’s “If It’s Magic,” arranged by pianist/musical director Renee Rosnes and featuring spellbinding vocals by Cévile McLorin Salvant. This is the second single from their self-titled debut album, which will be released on September 11 via Blue Note Records, and is a nine-song set including both originals and arranged material. McLorin Salvant also contributed the original artwork for the song’s audio visualizer.

Guitarist/composer Bill Frisell has shared the Monk-ish title track from his forthcoming album, Valentine, which will be released this Friday (August 14) on Blue Note Records. The album explores the creative freedom of the trio format. It finds Frisell in the company of longtime collaborators, bassist Thomas Morgan and drummer Rudy Royston. We included Valentine on our list of ten albums you need to know about released this month.

Susan Tobocman, “The Way to You”

Vocalist/composer/arranger Susan Tobocman released Touch & Go on July 31 via Soliterra. The album is a collection of originals, standards and covers. “The Way to You” is an original composition and also features cellist Dave Eggar, guitarist Pete McCann, pianist Henry Hey, bassist Matt Pavolka and drummer Michael Sarin. “I wrote the lyrics as an ode to alliteration,” Tobocman explains. “Originally, I wrote this as a pop tune but then changed the harmonies as well as the arrangement to reflect my jazz sensibilities.”

Song of the Day: Artemis, “If It’s Magic”