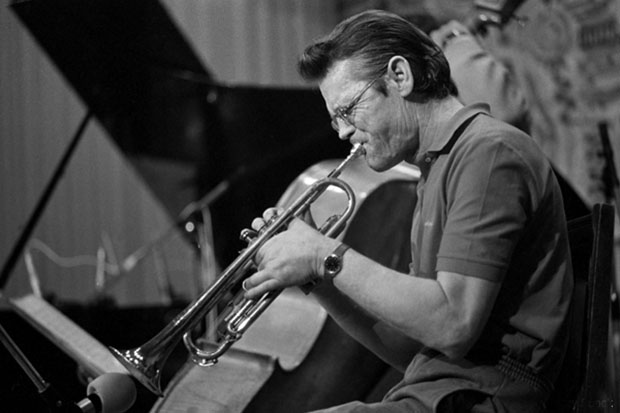 Need some Monday motivation? We've got you covered! From a newly restored recording of an iconic jazz trumpeter to an original composition by a bright young star, here is a list of five new and rediscovered jazz songs that you can listen to right now.

ECM Records unveiled the video for "Hoshi Meguri No Uta" by the Shinya Fukumori Trio, from their label debut album, For 2 Akis. The trio is led by Japanese drummer Shinya Fukumori, who is also the principal composer for the band and is known for his imaginative melodies and his attention to timbre, detail and space. Here, he plays alongside French saxophonist Mathieu Bordenave and German pianist Walter Lang. For 2 Akis was recorded at Studios La Buissonne in the south of France in March 2017 and produced by ECM label-head Manfred Eicher.

L.A. based multi-instrumentalist Jerry Paper released "Your Cocoon," his first release for the Stones Throw label. The song showcases the artist's own take on  funk with subtle jazz keys and melodic, plucked strings, along with his own distorted vocals. "On stage and in recordings, I embody an exaggerated version of my 'self,' pushing it to a limit where I transcend my ego, in an effort to get the audience to shed their ideas of themselves and shed their egos and be free," Paper explains. The track was co-produced by BADBADNOTGOOD's keyboardist, Matthew Tavares.

Ubuntu Music has released a version of "My Ideal" by iconic trumpeter-vocalist Chet Baker. The song was recorded at The Canteen in London, England, where Baker played six consecutive nights in 1983 with the John Horler Trio, led by pianist Horler, bassist Jim Richardson and drummer Tony Mann. Originally recorded on a basic Sony TCS audiocassette recorder by Richardson, the recordings were first released as a two CD set titled Chet Baker Live in London in 2016 to worldwide critical acclaim. Given the overwhelming demand, Ubuntu restored additional material and will release Chet Baker Live in London Volume II on August 10.

Indonesian jazz piano prodigy Joey Alexander has unveiled the video for "Bali," his own composition from his May release, Eclipse. The song pays heartfelt tribute to his birthplace. The video, produced by Yasnuri Rowan, takes the viewer on a beautiful five-minute journey through the the title city — from its rice paddies and villages to its majestic temples. In a recent interview with The Jakarta Post, Alexander revealed that it took him about a month to compose the song: "The more I played it, the better I knew it sounded and the more I wanted to share it with the listeners."

Sarah McKenzie, "Paris in the Rain"

"Paris in the Rain" is a new song from vocalist, pianist and composer Sarah McKenzie's 13-song suite San Francisco - Paris of the West. The new work commemorates the enduring legacy of San Francisco's oldest department store, City of Paris, and tells the story of its founders Felix and Emile Verdier through a collective of narratives set to 1930s-inspired music. The world premiere of San Francisco — Paris of the West is set to take place at the Lesher Center for the Arts in Walnut Creek, California, on September 14, as part of the Jazz at the Lesher Center 2018 Concert Series.

Song of the Day: Chet Baker, “These Foolish Things (Remind Me of You)”