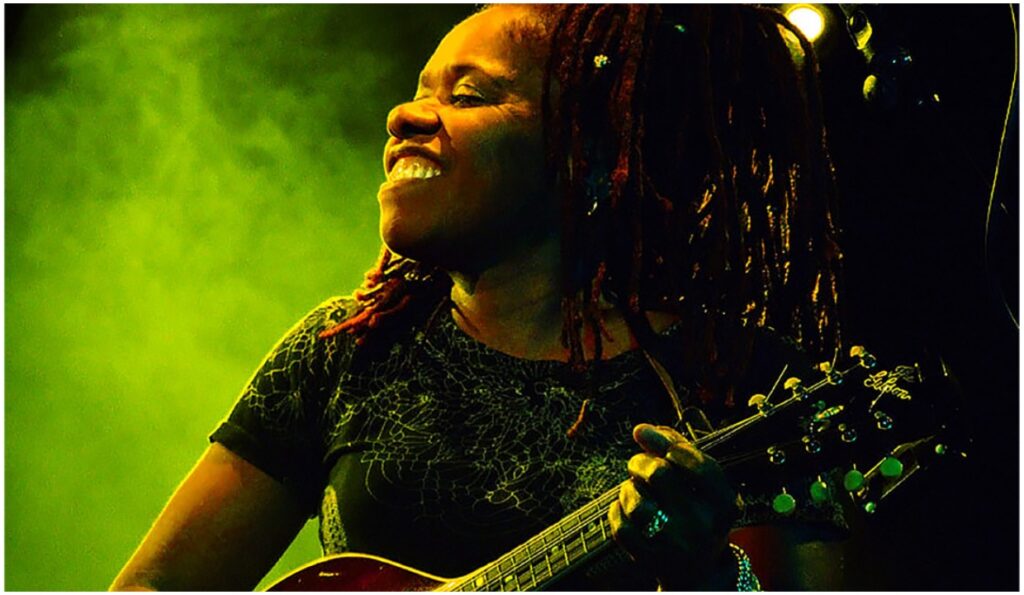 Looking for some Monday motivation? We’ve got you covered. From a saxophone legend’s love letter to an iconic vocalist’s unearthed gem, here are five new songs that you can listen to right now to start your week the right way.

Catherine Russell, “You Reap Just What You Sow”

Iconic vocalist Catherine Russell has shared a never-before-heard studio track from 2007; a version of Alberta Hunter’s “You Reap Just What You Sow” featuring her on vocals and on mandolin for the first time on one of her recordings as a bandleader. Also featured in the single, producer/guitarist Larry Campell and Howard Johnson on tuba. All proceeds from the single will benefit The Jazz Foundation of American to support musicians affected by the pandemic.

Pianist Gerald Clayton will release his Blue Note Records debut, Happening: Live at the Village Vanguard, on July 10. As the title suggests, it was recorded at the legendary New York City venue with a quintet of longtime collaborators. Together, they perform four of Clayton’s original compositions – including “Rejuvenation Agenda” – and covers, including Duke Ellington’s “Take the Coltrane,” Bud Powell’s “Velia” and the standard “Body and Soul.”

Breakout jazz drummer/pianist Julius Rodriguez has released his completely improvised debut single, “Blues on the Barn.” The track was recorded in one take live at Brooklyn’s Strange Weather studio, with Rodriguez on keys plus Philip Norris on bass and Joe Saylor on drums. “I always believed the magic happens in the room, but what happens when the song leaves a room? The same way there is an art to performing, there is an art to making a record and I’d like to roam the possibilities of this aspect in improvisational music,” says Rodriguez via a statement.

“Nobody Loves Me (Like You Do)” is a song by Chicago-based band Hollyy, whose music imparts an alternative take on the city’s rich musical history by fusing elements of blues, jazz and soul with a contemporary flair. The song is included in their debut album, which will be released later in the year. Hollyy vocalist Tanner Bednar says about the song, it is their “introspective take on the experience of a genuine, loving relationship, and the accompanying heartbreak and coming-of-age themes when you’re in your mid-twenties.”

Verve has announced the release of Jimmy Heath’s first posthumous work. Love Letter is due out July 17, and its announcement comes with the release of this version fo “Con Alma,” featured on the record. Love Letter also features guest appearances from such artists as Wynton Marsalis, Kenny Barron and David Wong. The saxophone legend passed away on January 19, aged 93.