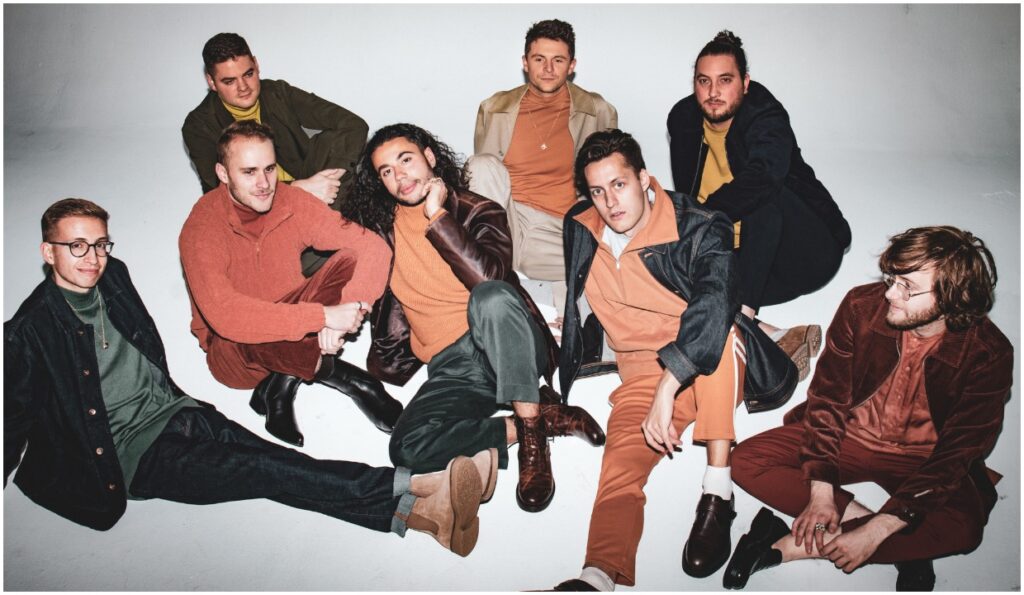 Looking for some Monday motivation? We’ve got you covered. From harvest times to summertimes, here are five new songs that you can listen to right now to start your week the right way.

Singer/songwriter Jake McMullen has shared his expressive and intimate new single under the moniker Louis Prince. The song is called “Ode” and it is included on his debut album, Half Acres, which is scheduled to be released in 2020 via Last Gang Records. McMullen explains that “Ode” was inspired by his deep reflections on the origins of life. “I was thinking a lot about the idea of birth and coming into the world full of innocence wanting to own, feel and experience everything,” he says via a press release.

Busty and the Bass, “Summer” [PREMIERE]

“Summer” is the stunning, passionate and poignant new single by Montreal-based music collective Busty and the Bass. The accompanying video was filmed in their hometown’s St. James United Church, which is the largest Methodist church in Canada. “Summer” is one of the songs from the octet’s forthcoming project. This is a collection of new, reflective compositions showcasing Busty and the Bass’ unique sound, forged from a diverse range of influences, styles and genres. As vocalist/keyboardist/composer Evan Crofton says via a press release, this is a band that “is not afraid to push boundaries by using outside of the box elements.”

Brazilian/Norwegian singer/songwriter Charlotte Dos Santos shared her breathtaking and sophisticated new single, “Harvest Time.” Its accompanying video is directed by Fiona Godiver of Academy Films. Dos Santos explains via a press release that the song was inspired by a “very turbulent time,” during which she “was asking so many questions.” The singer/songwriter has also announced that she will be touring across Europe and the UK in February and March of 2020.

New York-based singer Yasser Tejeda and his exciting band, Palotré, present a groovy fusion of traditional folkloric rhythms and contemporary influences. Their music, in fact, blends Dominican roots music with rock, funk, R&B, jazz, soul and other genres. Their frenetic song “Nuestras Raíces,” which translates as “Our Roots,” is a perfect introduction to their style and creativity. It is also the lead single from their second album, Kijombo, which was released on October 11. The accompanying video was filmed in the community of Villa Mella, Mata de los Indios, Dominican Republic and New York.

Swatkins, “Gotta Give It Away (If You’re Gonna Keep It)”

Multi-instrumentalist and master of the talkbox Swatkins shared his feelgood single, “Gotta Give It Away (If You’re Going to Keep It),” featuring him alongside such musicians as Turkuaz, Allen Stone’s Band, Jans Ingber (formerly of The Motet) and more. This soulful tune carries a powerful message, imparting the belief in the power of generosity to overcome material greed. The song was recorded at Color Red – a record label and entertainment platform founded by Eddie Roberts of The New Mastersounds – and Swatkins says via a press release that it has “immediately become one of the band’s favorite tunes to play live.”

Featured photo of Busty and the Bass courtesy of TCB.