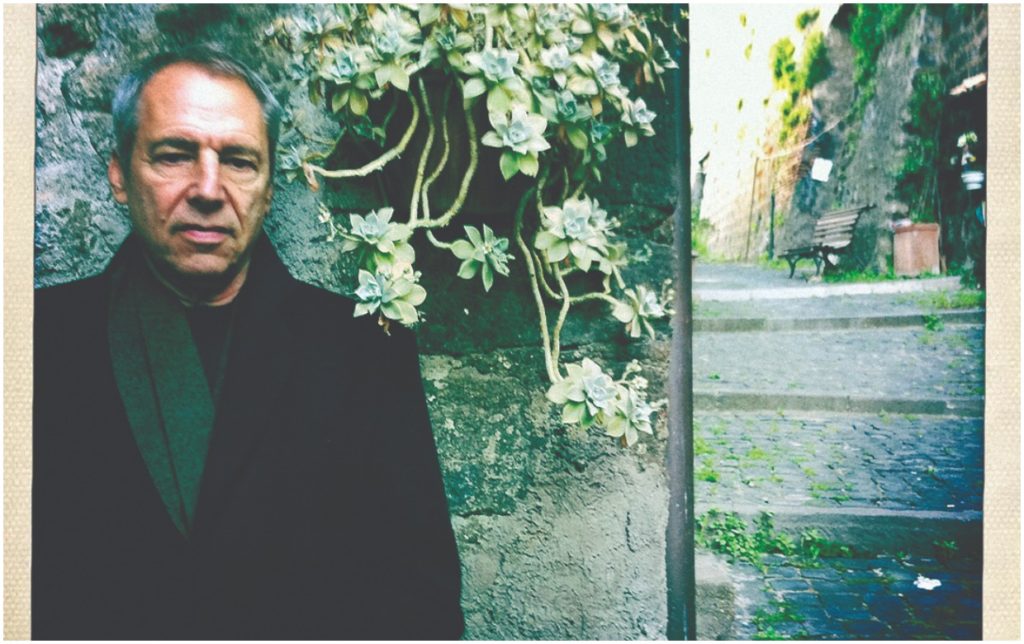 Looking for some Monday Motivation? We’ve got you covered. Here are five new songs that you can listen to right now to start your week the right way.

On November 9, Sunset Blvd Records released a 3xLP set of previously unissued live recordings from pianist, vocalist and producer Ben Sidran titled Ben There, Done That: Ben Sidran Live Around the World (1975-2015). All of the 27 tracks, spanning 40 years and six countries, were handpicked by Sidran himself – including the live performance of “Lip Service” recorded at the Blue Note in Osaka, Japan, on April 18, 1991, that you can hear via the player below. Only 3000 copies of the limited edition Ben There, Done That have been manufactured, and the set comes with an extensive 24-page book with essays, interviews and more.

John Escreet recently released Learn to Live, his first album of composed music in five years, on which he mixes searching, meditative acoustic jazz with a newfound love for the synthesizer. The pianist-composer told JAZZIZ that “Lady T’s Vibe,” one of the tracks from the album, is dedicated to his girlfriend Teresa, who also sings backing vocals at the end of the tune, and that “it started off as an improvised chord sequence that I eventually wrote down. It’s a fairly simple composition in comparison to some of my other tunes, but the simplicity exposes the nuances of groove and execution – I wanted this tune to be all about vibe, feel and groove. In the studio, it turned into a feature for [trumpeter] Nicholas Payton, who is so incredibly creative in this environment and really shines.”

Vocalist Gregory Porter’s “Hey Laura,” from his acclaimed 2014 album Liquid Spirit, earned him a GRAMMY nomination for Best Traditional R&B Performance. The jazz and soul superstar shared a video of his beautiful reading of the song from a sold-out performance at the venerable Royal Albert Hall in London, United Kingdom, backed by a 70-piece orchestra led by Vince Mendoza. This take on the song, recorded in April, is included on Porter’s first-ever live album, One Night Only, out November 30.

Felix Weatherall is also known as Ross From Friends and an undisputed leading figure of the lo-fi jazz scene. His remix of “Friend Zone,” the single off Thundercat’s Drunk album, has been released as a new single from Brainfeeder X, a compilation celebrating the 10th anniversary of Flying Lotus’ incendiary Brainfeeder label. Here, Ross From Friends retains the hook vocals of the original song – the rest is chopped up in different elements, placed against a constant dance groove and blended with mellow house tones. It is, in short, the type of invigorating and textural experimentation with styles and sounds that the Brainfeeder label is known for.

Although she has not yet announced a full-length follow-up album to her last solo LP, 2016’s Day Breaks, Norah Jones has not stopped releasing new music. Over recent months, she has been releasing a series of eclectic singles varied in styles, moods and forms. The fourth and latest of these is called “Wintertime” and is a breezy song about seeking solace in the colder months. The song was co-written by Jones and Wilco’s Jeff Tweedy. Here, Jones is on piano and vocals and Jeff Tweedy on guitar and bass. Jeff’s son, Spencer Tweedy, is also featured, playing a minimal yet significant drum part.