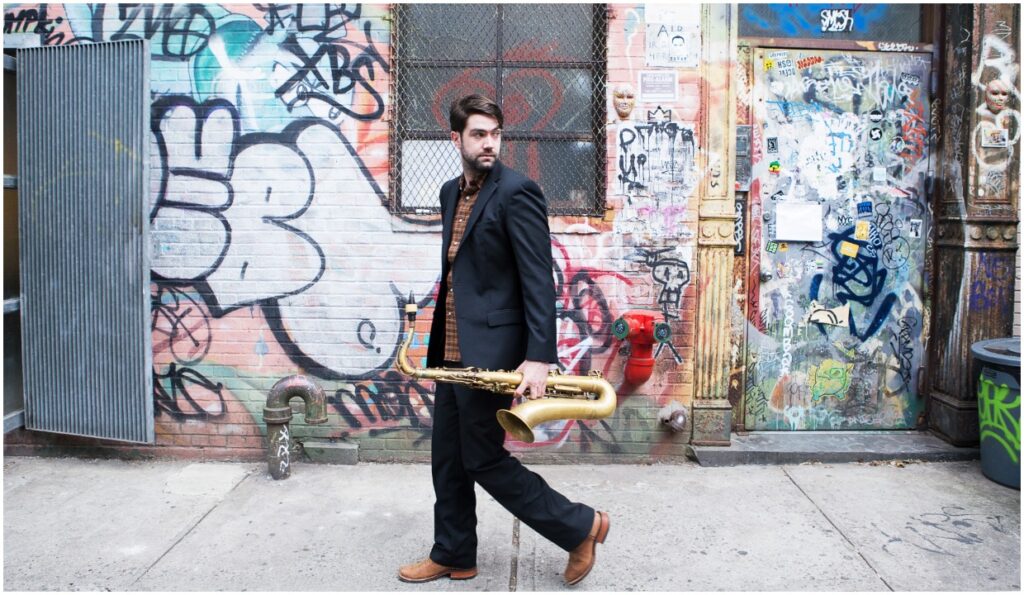 Looking for some Monday motivation? We’ve got you covered. From a Thelonious Monk tribute to stellar piano virtuoso’s solo performance, here are five new songs that you can listen to right now to start your week the right way.

JAZZIZ is happy to present the premiere of the video for “Scarista” the new single by saxophonist/composer Ben Bryden from Figure of Eight, due out November 8. The album marks his 10th anniversary in New York but it is as inspired by his birthplace in Scotland, as its mix of jazz aesthetics and Scottish folk music lyricism – among other influences – show. “Scarista” is the name of a remote beach at the edge of Scotland that holds a personal significance for Bryden, not least of all because it is the place where he proposed to his wife, who is American. “Scarista also embodies the point and moment in time when, for me, two homes, two lives merged and the Atlantic became much more a flowing connection than an ebbing divide,” Bryden explains.

Japanese pianist/composer Hiromi has shared a video of her performance of the title track from her upcoming second solo album, Spectrum. The LP is a document of her evolution as a master of her instrument, and this composition of her finds her introducing a dramatic central motif, then spinning out a breathtaking series of variations. “I feel I’m a little closer to the piano,” Hiromi explains via an official press release. “All the pianists that I really respect not only love but are loved by the piano, and that’s the relationship that I would love to build through my life.” Spectrum is out now via Concord Jazz and it is one of the albums that we featured on our list of the ten new jazz albums out in October that you need to know.

Leo Sherman depicts the feeling of flying on a plane for the first time on his impressionistic new single, “In Flight”, which is particularly inspired by the flight his family took when escaping from the Soviet Union. The song is included on the bassist/composer’s stirring upcoming debut album, Tonewheel, which he explains via a statement is a name “for the color wheel and … also an organizational model for emotions.” Tonewheel is mostly made up of his original compositions and features saxophonist Paul Jones, guitarist Alex Goodman, pianist Ben Winkleman and drummer Dan Pugach. It is due out October 25 via Outside In Music.

“Everywhere” is the atmospheric lead track from guitarist/composer Bill Frisell’s new album, Harmony. The LP marks Frisell’s debut LP for the legendary Blue Note label, released on October 7, and its music was commissioned by the FreshGrass Music Festival, which is dedicated to the vitality of contemporary American roots music. Harmony is produced by longtime Frisell collaborator Lee Townsend and features a drumless quartet made up of Petra Haden on vocals, Hank Roberts on cello and vocals, and Luke Bergman on guitars, bass and vocals.  We featured Harmony as one of the new jazz albums out this October that you need to know about.

Chicago-based jazz trio Typical Sisters shared a new single, a version of Thelonious Monk’s “Let’s Cool One,” in honor of the piano legend’s birthday on October 10. “Thelonious Monk’s compositions are perfect gems,” the Typical Sisters say via an official statement. “He had a way of crafting a melodic and harmonic structure that lends itself perfectly to our favorite way of improvising, which is that of the collective voice and of deep listening. We’ve tried to honor the genius of this piece while letting the sympathetic, spacious way in which we enjoy playing shine through the structure he’s built. Happy birthday, Monk.”