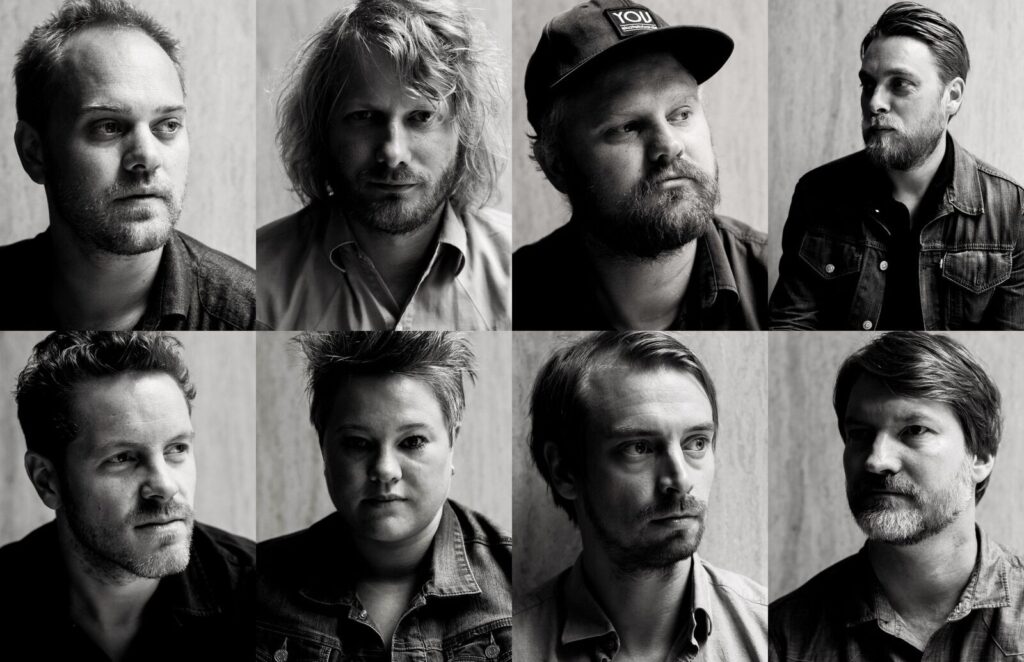 Looking for some Monday motivation? We’ve got you covered. From a never a previously unreleased multicultural duo to an exciting Norwegian jazz ensemble’s return, here are five new songs that you can listen to right now to start your week the right way.

Astroturf Noise is an experimental violin-mandolin-bass trio presenting a fresh blend of free improv and bluegrass Americana. They will be releasing their self-titled debut album on March 13 via 577 Records. “Black Berry” is a song from this album, and it is inspired by the traditional tune “Blackberry Blossom.” It also features guest violinist Sarah Bernstein. “I like to think of this as an evil twin commentary on the twin fiddle tradition,” says composer Sam Day Harmet, who plays mandolin, “prizing dissonance, texture and individuality over pleasing harmonic movements and blend.”

“Kauonding Sissoko” is a song from the upcoming duo album by world-renowned Béla Fleck and Malian kora master Toumani Diabaté. The song is included on their previously unreleased upcoming duo album The Ripple Effect, originally recorded in 2009, available from March 27 via Craft Recordings. The album will be released as a standalone vinyl and also as part of a 3-CD/1-DVD collection titled Throw Down Your Heart: The Complete Africa Sessions, which documents Fleck’s remarkable journey across Africa to explore the banjo’s roots.

“Voss Is Boss” is the swinging second track from saxophonist/composer Keith Oxman’s upcoming album, Two Cigarettes in the Dark, due out March 20 via Capri. The LP is a radiant mix of originals and standards and marks Oxman’s eleventh album as a leader. It also finds him teaming up with hard bop great and tenor saxophone veteran Houston Person, plus a simpatico rhythm section made up of pianist Jeff Jenkins, bassist Ken Walker and drummer Paul Romaine.

“A Sorcerer (Is a Myth)” is a single from trombonist/composer/producer Nick Finzer and his Hear & Now Ensemble. It is also featured on his latest album, Cast of Characters, which was released on February 28 via his Outside In Music label. The album is an exploration of the heroes in our lives and how they both inspire us and limit us. “Each of us responds and develops on our journey with the influence of the people we meet,” Finzer says via a press release. “We follow, we depart, we react and we grow in myriad ways based on the experiences we encounter.”

Jaga Jazzist is an exciting eight-piece Norwegian band led by Lars Horntveth. The band first formed in the mid-’90s and has been defying genre lines ever since. They are set to release their first new album in five years, Pyramid, on April 24 and the announcement comes with the release of the LP’s lead single, “Spiral Era.” Here, Jaga Jazzist takes a deep dive into post-rock, jazz and psychedelia. Pyramid also marks the band’s debut on Brainfeeder, the Los Angeles-based imprint curated by Flying Lotus.