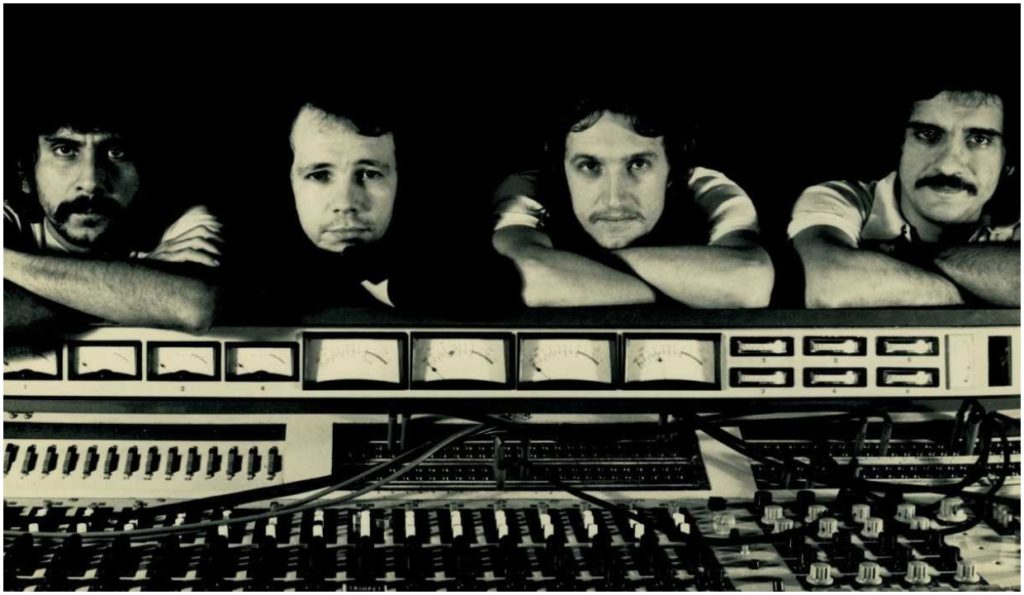 Looking for some Monday motivation? We’ve got you covered. From the debut of the great-grandson of the creator of Gypsy jazz to previously unheard music by jazz fusion giants, here are five new songs you can listen to right now to start your week the right way.

“Juntos Mais Uma Vez” is one of the 16-tracks from Far Out Recording’s forthcoming 2xLP collection of early demos by Brazilian jazz fusion giants Azymuth. Demos (1973-75) Volumes 1&2, out May 31, is a collection of previously unheard songs by the band featuring keyboardist Jose Roberto Bertrami, drummer Ivan “Mamão” Conti, bassist Alex Malheiros and percussionist Ariovaldo Contesini. These tracks predate their seminal self-titled 1975 album, with which they gained widespread notoriety. The songs on Demos were recorded at Bertrami’s home studio in the Laranjeiras district of Rio de Janeiro in Brazil and the music has been remastered from original tapes.

Singer-songwriter Claude Fontaine has released a new single from her forthcoming self-titled debut album, out this Friday, April 26, via Innovative Leisure. “I’ll Play the Fool” is a Bossa Nova-inflected track from the album’s Brazilian-inspired B-side. It is also the second song from this side to have been shared ahead of the album’s release, following the previous “Pretending He Was You.” Claude Fontaine was tracked in two sessions with a top-rate cast of musicians, including guitarist Tony Chin and legendary Brazilian drummer Arto Moreira, among others.

Vibraphonist Joel Ross shared “Yana,” the sleek and sophisticated new track from his forthcoming debut album, KingMaker, out May 3 via Blue Note. With this album, he will add his name to an illustrious jazz vibraphone legacy on Blue Note, extending from Milt Jackson to Bobby Hutcherson. The latter once told Ross: “Write music about your life and write every day.” Ross explains via a press release that he took Hutcherson’s advice literally and that every song he writes is “influenced by people or events, relationships I had, or even a question someone posed.”

Paris-born composer-performer Daniel Wohl has revealed “Melt,” a new track from his forthcoming album État, out May 31 via Nonesuch. État features electro-acoustic pieces written by Wohl, and guest performances by Poliça’s Channy Leaneagh and co-production by Son Lux’s Ryan Lott and mmph. It was recorded with members of yMusic and the Calder Quartet and explores new dimensions of production. “While being fascinated with classically notated acoustic composition,” explains Wohl, “I also became interested in all the music production tools currently available and was drawn towards combining both methods.”

Following in the footsteps of his legendary great-grandfather Django Reinhardt, Simba Baumgartner will kick off his recorded music career as a leader with his debut CD, Les Yeux Noirs, out April 26. Here, he reinterprets some of Reinhardt’s best-loved songs, including the upbeat “Blues Clair,” with which he opens the album. Les Yeux Noirs is produced by celebrated guitarist Stephane Wrembel, who calls him “one of the most important and one of the greatest Gypsy jazz guitar players in the world today.” The release of the album also coincides with the annual Django A Gogo 2019, which will take place in New York City and Maplewood, New Jersey later this month.