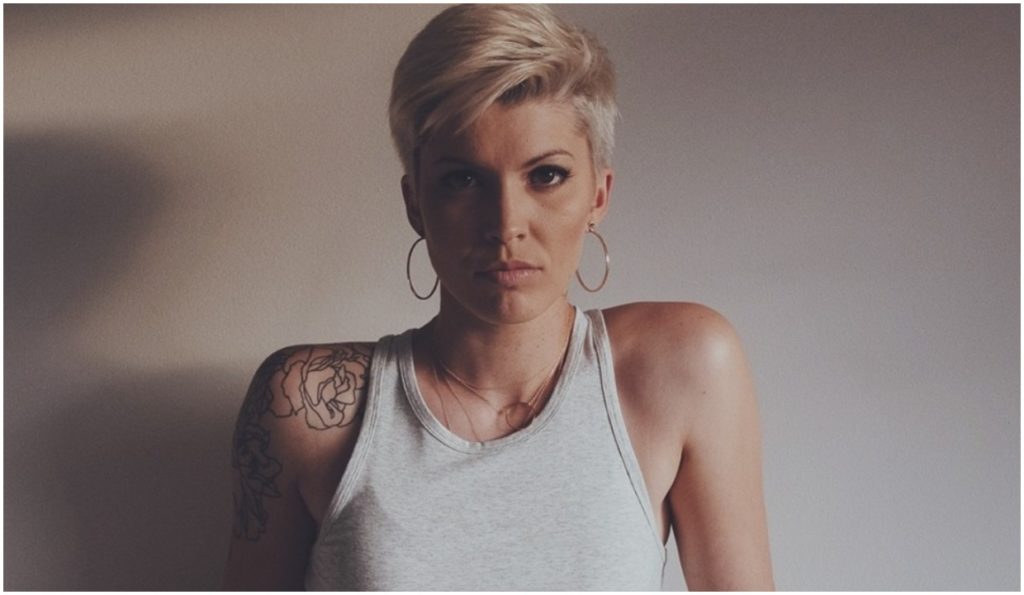 Looking for some Monday motivation? We’ve got you covered. From a sumptuous Beach Boys cover to a new social-musical-cultural experiment, here are five new songs that you can listen to right now to start your week the right way.

JAZZIZ presents the premiere of the video for vocalist Audrey Silver’s take on Peter Gabriel’s hit song “Solsbury Hill,” arranged by Steven Santoro. The video also features pianist Bruce Barth, trumpeter Alex Pope, bassist Paul Beaudry and drummer George Schuller, and it was recorded live at New York City’s Triad. “I always loved Solsbury Hill,” Silver explains to us. “I know that Peter Gabriel says that the lyrics are about his decision to leave Genesis. But to me, they feel like a description of a spiritual journey that resonates with me on a very deep level.” “Solsbury Hill” will be included on Silver’s upcoming album, Let Me Know Your Heart, out September 6.

Out-and-proud vocalist Samantha Sidley pays tribute to The Beach Boys with a sumptuous, jazzy version of a buried treasure from the band’s iconic, prolific discography. “Busy Doin’ Nothin'” was originally included on their 1968 album Friends, written by Brian Wilson and inspired by the sound of Bossa Nova. “I was on a leisurely walk in my neighborhood listening to it and realized that the song is a story I pretty much live every day,” Sidley says via a statement. “I knew it especially when Brian Wilson says, ‘I get a lot of thoughts in the morning, I write them all down, if it wasn’t for that, I’d forget for a while.‘” The song is featured on Sidley’s debut album Interior Person, out September 13 via Release Me Records.

Producer/songwriter Taylor McFerrin has released a new single from his forthcoming sophomore album, Love’s Last Chance. “Memory Digital” presents a spellbinding mix of jazz, funk, electronica and R&B, and lyrically explores the connection between relationships and memories in the digital world of the internet and social media. The song also features McFerrin sharing lead vocal duties with singer and Kendrick Lamar collaborator, Anna Wise. Love’s Last Chance is due out August 16 via AWAL.

JAZZIZ presents the premiere of the video for alternative soul singer/songwriter Katherine Penfold’s new single, “Far Away,” from her debut album for Justin Time/Nettwerk Records, Sweetest Thing. The track is produced by and features Moonchild’s Amber Navram, and Penfold describes it as a “bittersweet tune” that she wrote when she got back together with her partner but found herself having to overcome the challenges of distance and work schedules that had created the problems between them in the first place. The video for “Far Away” is, in fact, influenced by the vlog-like videos they would send each other as a way of keeping in touch. Sweetest Thing is due out on October 4.

Beyond Music, “Ma Ding Wo Avale One”

23 artists from 17 countries collaborated on the digital platform Beyond Music and met for the first time live in the South of France to create a definitive album, Same Sky, in just 12 days, all overseen and produced by Larry Klein. “Ma Ding Wo Avale” is one of the songs from this social-musical-cultural experiment and one of the tracks from Same Sky. It is a crisp neo-soul song with a deep groove written by American John Lumpkin and Cameroon singer Danielle Eog Makedah, and it was inspired by Makedah’s daughter, who was born with physical and mental disabilities and cannot sit or speak, but especially loves when her mother sings to her. Same Sky will be released on August 23.