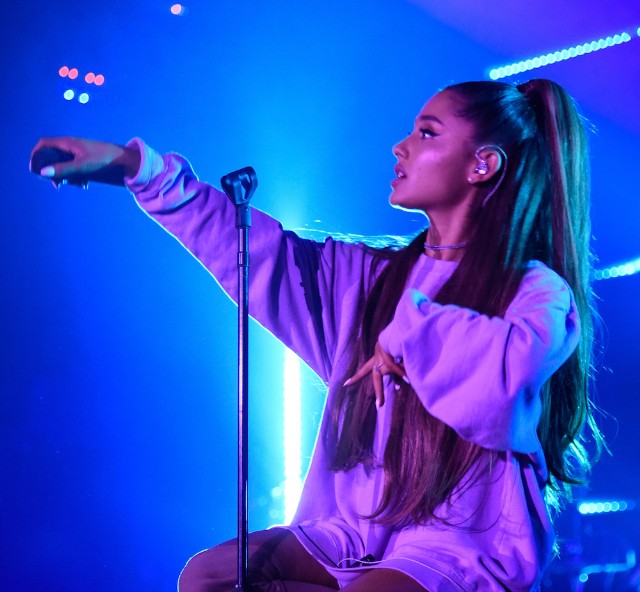 Looking for some Monday motivation? We’ve got you covered! From a modern pop diva’s latest “foray” into jazz to music that crosses borders in the face of political adversity, here are five new songs that you can listen to right now to start your week the right way.Harold López-Nussa, “Hialeah”Cuban pianist Harold López-Nussa represents through his works the cultural bond that has existed between the nations of Cuba and the United States. While his previous LP, El Viaje, was released on the heels of President Barack Obama’s historic visit to Havana and against the backdrop of newly relaxed trade and travel restrictions, his new album, Un Día Cualquiera, arrives as United States restrictions regarding Cuba tighten again under the Trump administration. In that light, the heartfelt and emotional music of this album – and that can also be heard on its track “Hialeah,” performed on the video below in the streets of Havana – is an affirmative statement that music will always cross borders and defy obstacles. Un Día Cualquiera also features Harold López-Nussa’s core trio, formed with his younger brother, percussionist-drummer Ruy Adrián López Nussa, and bassist Gaston Joya.

Huntertones, “Hondo”JAZZIZ premiered “Hondo,” the new single from the Huntertones’ new album Passport, due out on October 5. The record was inspired by the Brooklyn, New York seven-piece ensemble’s recent global tours that have taken them to South America, Europe and Africa over the past two years. In particular, “Hondo” is a traditional song that evokes the pride of the people of Zimbabwe – a landlocked country of southern Africa – and the group’s collaboration with master mbira player and vocalist Hope Masike. The final piece is a gorgeous partnership that conjures ultimate tenderness and a sense of peace.

James Francies, “Dreaming”23-year-old, pianist-composer James Francies has had a meteoric rise through the music world, playing with such jazz royalty as Pat Metheny, Jeff “Tain” Watts and Terrace Martin, among others, and racking up impressive credits in hip-hop and R&B. Given his talents, it is no wonder that he is now the newest addition to the Blue Note roster and will release Flight, his debut album for the prestigious label, on October 19. “Dreaming,” the lead single from the album, expresses what Francies writes he wanted to achieve: “I wanted Flight to have its own sonic identity, so I blended electronic-sounding stuff with acoustic playing, without compromising any of the compositions or the soloing.” Flight is produced by Derrick Hodge and features saxophonist Chris Potter, guitarist Mike Moreno, vibraphonist Joel Ross, bassist Burniss Travis II, drummers Jeremy Dutton and Mike Mitchell, plus guest appearances by vocalists YEBBA, Chris Turner and Kate Kelsey-Sugg.

Tony Bennett, Diana Krall with the Bill Charlap Trio, “Love Is Here To Stay”Tony Bennett and Diana Krall will finally release their first collaborative album Love Is Here To Stay this Friday, September 14, via Verve. The new album celebrates the music of George and Ira Gershwin and was recorded with the Bill Charlap Trio. Meanwhile, they shared the video of their performance of the song that titles the album, “Love Is Here To Stay” – certainly one of the most famous compositions by the Gershwins. It was originally written for the movie The Goldwyn Follies from 1938 but did not reach popularity until it was sung by Gene Kelly to Leslie Caron in the Academy Award winning 1951 movie An American in Paris. Since then, the song has been covered by many artists, with a particularly famous version from Louis Armstrong and Ella Fitzgerald appearing on their 1957 album Ella and Louis Again.

Ariana Grande, “Them Changes”Vocalist Ariana Grande recently made her debut appearance on the BBC Radio 1 Live Lounge, where she performed several songs from her new album Sweetener and a cover of Thundercat’s song “Them Changes,” which she called her “favorite song of the past year and a half.” “Them Changes” originally appeared on Thundercat’s 2015 EP The Beyond/Where the Giants Roam and was also on the track list of last year’s album Drunk. This is not the first time that Grande has shown an appreciation of jazz as, for example, she joined forces with Pharrell Williams earlier this year on jazz anthem “Arturo Sandoval,” an ode to Grammy-winning jazz trumpeter Arturo Sandoval that was released on the trumpeter’s album Ultimate Duets on May 18.

Song of the Day: Diana Krall, “Let’s Face the Music and Dance”