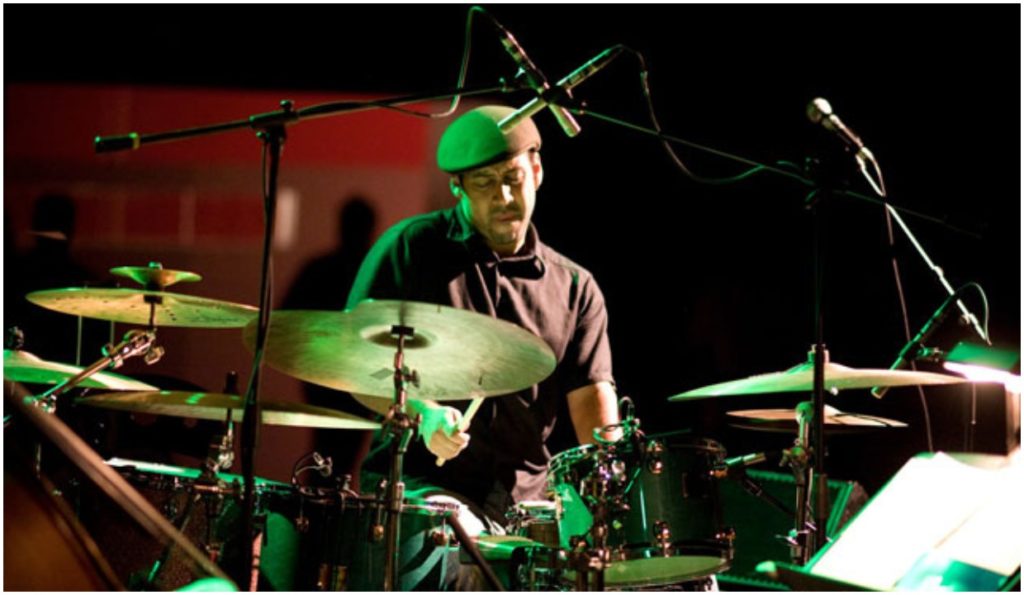 Looking for some Monday motivation? We’ve got you covered. Here are five songs to help you get your week (and the new year!) started the right way.

Contrabajo. Works for Bass and Strings Quartet is the new album by Argentine-born Pablo Aslan, featuring Cuarteto Petrus. It is a bold statement of the artist with his instrument, featuring rearrangements of some of his own compositions and those of other artists – such as Duke Ellington and Heitor Villa-Lobos. “Tanguajura” was written by Aslan for Tango Jazz, his 2010 joint album with Paquito D’Rivera, and evokes the feeling of the guajira style of Cuban music. For this version, he replaced D’Rivera’s solos by turning his bass into “bower tres,” a technique he developed studying the arpeggiated patterns of the Cuban tres and adapting them to the bass.

Drummer-composer Antonio Sánchez defines his forthcoming album, Lines in the Sand, as a protest, anti-Trump album about the immigrant experience: “I feel completely repulsed by what the United States is doing to immigrants – especially to people coming from the South.” For the most part, its tracks suggest scores for imaginary films, drawing from his experience writing the score for 2014’s Birdman. In some cases, he even builds up on his previous album, 2017’s Bad Hombre. Such is the case with “Bad Hombres y Mujeres,” which takes the bass line from the original tune and turns it into an almost symphonic piece.

Nett Duo is a new acoustic duo formed by bass virtuoso Charnett Moffett with guitarist Jana Herzen, who is also Motéma Music’s founder and President. Overtones, their debut release, was conceived as a stress-busting antidote to anxiety and the restlessness of our times, and to take the listener on a highly sensitive journey with jazz, folk and classical overtones. Its title track is a free-form, spontaneously improvised meditational composition that captures the vibrational nuances of the two artists’ distinctive instruments and reveals their considerable musical empathy.

Days on Earth, the forthcoming album by saxophonist-composer Mark Lockheart, features a heavyweight band with some of the leading figures in British jazz and a 30-piece orchestra and draws on a vast palette of eclectic musical tastes. Each of its six movements is inspired by human traits and tendencies; after all, as Lockheart says, “Music is intrinsically connected to life, love and joy.” “Party Animal,” for example, is about the innate tendencies buried deep in our psyche that are sometimes the path to trouble.

Tommy Emmanuel and John Knowles, “How Deep is Your Love”

A video of guitarists Tommy Emmanuel and John Knowles performing their take on “How Deep Is Your Love,” first written and recorded by the Bee Gees in 1977 and ultimately used as part of the soundtrack for the iconic film Saturday Night Fever. The video was recorded on December 8, 2016, and the two guitarists included the song on their forthcoming collaborative album, Heart Songs. “Love has many facets – love of family, romantic love,” explains Emmanuel. “We started there and then looked for melodies that could be played with the heart.”