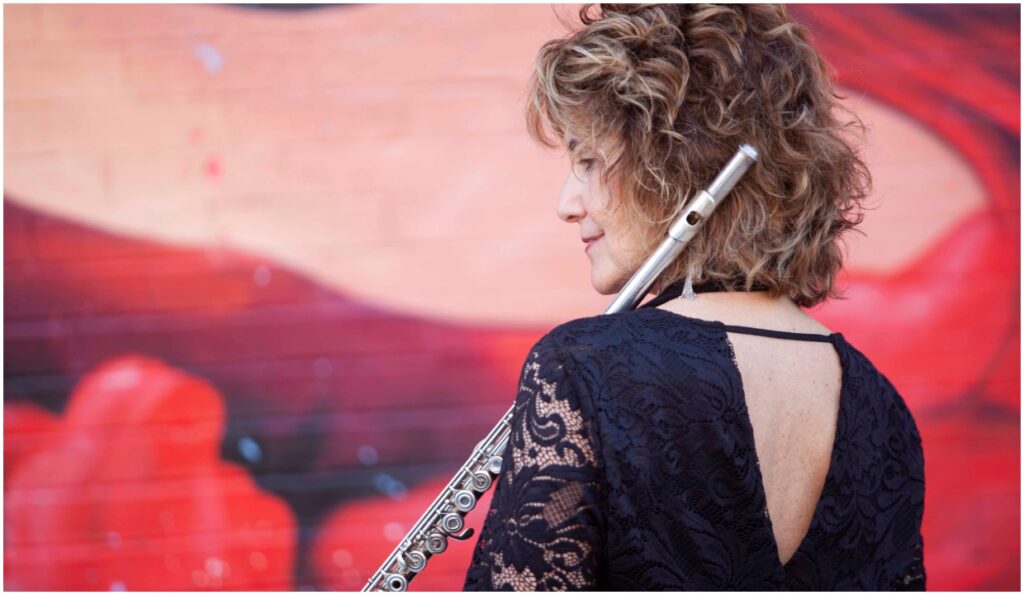 Looking for some Monday motivation? We’ve got you covered. From the music of a Brazilian songwriting maestro reimagined to a wild, experimental electronic project, here are five songs that you can listen to right now to start your week the right way.

Flutist Andrea Brachfeld pays tribute to legendary Brazilian composer Antonio Carlos Jobim on Brazilian Whispers, her ninth album as a leader, which was released on January 17 via Origin. The record finds her putting her spin on classic Jobim compositions, including this version of “Double Rainbow,” which features frequent collaborator Bill O’Connell on Fender Rhodes, Roni Ben-Hur on guitar, Harvie S on bass and Jason Tiemann on drums. The LP also showcases Brachfeld’s compositional prowess via three Brazilian-themed original songs co-written with O’Connell.

“When I’m in Pieces” is a new track from jazz drummer Jochen Rueckert, a.k.a. Wolff Parkinson White. The song is featured on his new album, Favours, a new wildly experimental electronic project released on February 7. It also features Clare and the Reason’s singer, Clare Manchon, whose sweet vocals soar and contrast the complex harmonic canvas programmed by Rueckert. “When confronted with the final version, her first comment was ‘Lord crazy pants,” he recalls via a statement. “Try tapping your foot to this one. No, really, try.”

Georgia Anne Muldrow has unveiled the video for “Blam” from Overload, her Grammy Award-nominated modern soul classic album out now via Flying Lotus’ label Brainfeeder. The singer/songwriter/multi-instrumentalist explains that “Blam” is a song about self-defense: “I believe that it has the bones of a spiritual song. It’s an updated negro spiritual in aesthetic.” This video was directed by Capricorn Clark, who also helmed the previously shared accompanying video for the album’s title track.

“Forest Dance” is the new single from Australian composer/bassist/producer Ross McHenry, Nothing Remains Unchanged. The new album will be released on February 2 via First Word, and McHenry defines it via a press release as a “jumping-off point to a new body of work, where things I have been working on for some time have come together and now many new things seem possible.” Nothing Remains Unchanged brims with the vitality of modern jazz plus McHenry’s clarity of vision and finds the bassist leading a stellar lineup with pianist Matthew Sheen plus two jazz luminaries: Eric Harland on drums and Ben Wendel on tenor saxophone.

Chris Standring, “Is There a Doctor in the House?”

Contemporary jazz guitarist Chris Standring released “Is There a Doctor in the House?,” the first single from his forthcoming album,  Real Life. This joyous song is aptly accompanied by a cheerful and charming video shot in sunny Santa Monica. Real Life is Standring’s 13th solo album; it is due out March 20 via Ultimate Vibe and promises to be one of his most effervescent records yet. “Real Life suggests a world we need to embrace without shoving things under the carpet,” the British-born musician says about the theme of the album. “This is real. Life is no rehearsal and this notion becomes ever more present the older I get. Carpe diem!”