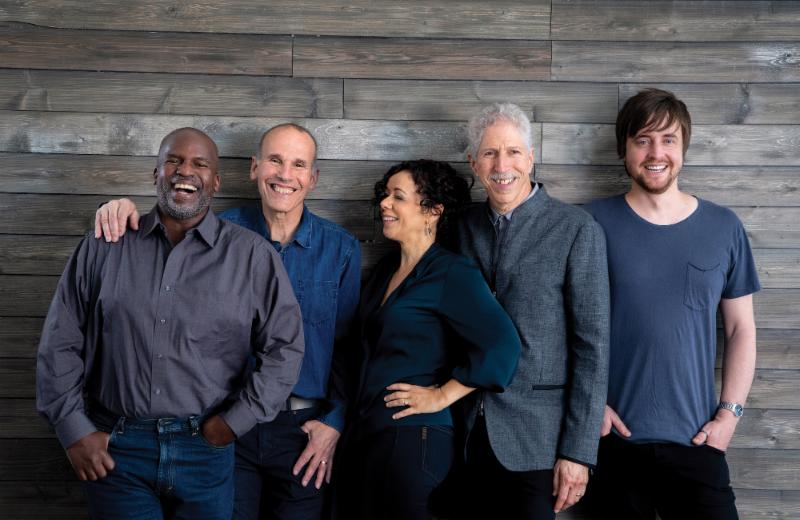 Looking for some Monday motivation? We’ve got you covered. From music about the power of positive thinking to music responding to contemporary societal divides, here are five new jazz songs you can listen to right now to start your week the right way.Raul Midón, “If You Really Want”Singer-songwriter and multi-instrumentalist Raul Midón’s tenth album, If You Really Want, was released on september 14 via Mack Avenue Records and features the talents of GRAMMY Award-winning Dutch ensemble Metropole Orkest, conducted by Vince Mendoza. Here, the orchestra complements Midón’s soulful vocals and presents a collaborative arrangement that transcends many genres. Midón wrote the album’s title track years ago, before moving to New York in pursuit of a career in music and the lyrics channel this time of perseverance and persistence: “I really had this song in my back pocket, and I’m glad I found the ideal place for it as the new album’s title track,” he says in an official statement. “It’s about the power of positive thinking to fulfill your dreams, as I was able to do by becoming a professional musician, making records and touring the world.”

Lionel Loueke, “Molika”Praised by Herbie Hancock as “a musical painter,” guitarist-vocalist Lionel Loueke was raised in Benin, Africa and is known for combining harmonic sophistication, soaring melody and a deep knowledge of African music to create warm and evocative sounds. His forthcoming album, The Journey – out on september 28 via Aparté Music – finds him speaking to the refugees and migrants of his West African homeland and beyond, alongide bassist Pino Palladino and percussionist Cyro Baptista, plus many great classical and jazz musicians and performers of Africa and Brazilian music. “Molika,” featured on the album, also includes saxophonist John Ellis.

Amrbose Akinmusire, “a blooming bloodfruit in a hoodie”Trumpeter-composer Ambrose Akinmusire’s Origami Harvest – out on October 12 via Blue Note Records – is an album of contrasts. Musically, it pits contemporary classical wielding against deconstructed hip-hop, with bursts of left-field jazz, funk, spoken word and soul. Thematically it responds to societal divides, the way our politics hold us emotionally hostage and the ever-growing list of black lives ended by structural racism. Each track on Origami Harvest is a world unto itself, lithely traversing moods and modes. This is evident in its opening track, “a blooming bloodfruit in a hoodie,” named in recognition of Trayvon Martin’s terrible death yer containing the album’s brightest tones and easiest grooves, plus art-rap expatriate Kool A.D.’s line: “We are the universe learning to love itself, swirling in color and light.”

Scott Petito feat. Jack DeJohnette, “Dark Pools”Last week, JAZZIZ premiered the video for “Dark Pools,” a song off Rainbow Gravity, the new album from award winning bassist, composer, producer and engineer Scott Petito. The music on Rainbow Gravity is inspired by that of the late 60’s and early 70’s – from the eclectic experiments of Miles Davis on In a Silent Way and Bitches Brew to the music of the Mahavishnu Orchestra, Herbie Hancock, Chick Corea and Weather Report. “Dark Pools” finds him collaborating with one of the key figures of those years – drum legend Jack DeJohnette. The two composed the underlying themes of the song and then improvised on that premise.

Yellowjackets feat. Luciana Souza, “Solitude”Jazz fusion quartet Yellowjackets collaborate with vocalist Luciana Souza for seven songs on their new album, Raising Our Voice, released last week via Mack Avenue Records. One of these songs is a re-orchestrated version of “Solitude,” originally composed by keyboardist-pianist and Yellowjackets co-founder Russell Ferrante, that first appeared on the band’s 1993 record Like a River. This new version includes new Portuguese lyrics by Souza, and the vocalist playfully engaging in a fetching call-and-response with both bassist Dane Anderson and saxophonist Bob Mintzer.

No Jackets Required: Russell Ferrante steps out of his Yellowjackets role with a trio debut