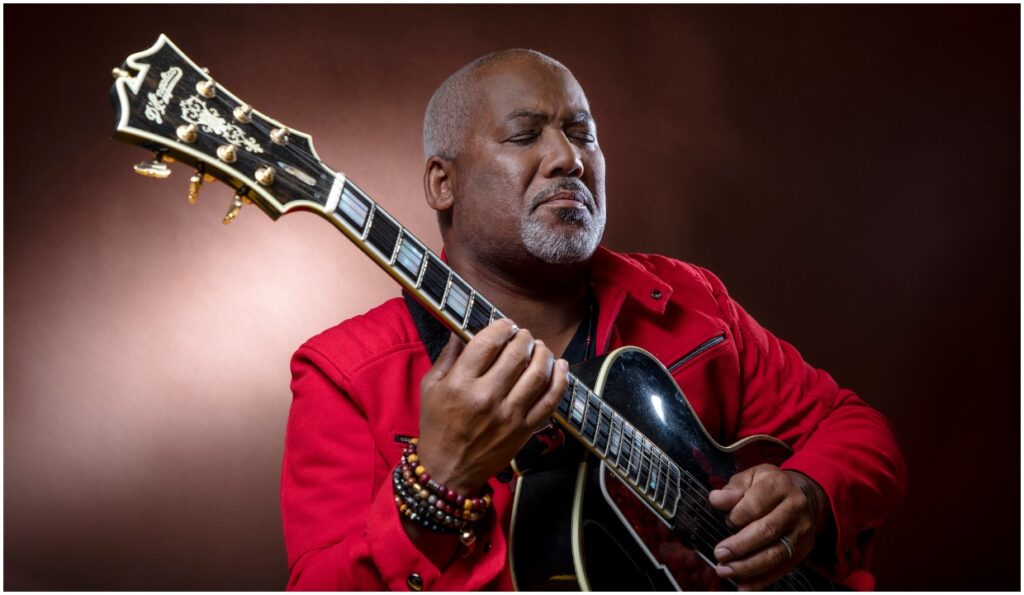 From a unique take on a Beatles classic to an invitation to cherish life’s beauty, here are six new songs you can listen to right now to start your weekend the right way.

Acclaimed vocalist Luba Mason released her new trio album, Triangle, on October 23. The record features a unique lineup of voice, vibes and bass, with Mason performing diverse material spanning the musical spectrum alongside Joe Locke and James Genus. Within the program, a version of The Beatles’ classic “Ticket to Ride” like you’ve never heard before, courtesy of the surprising instrumentation and the production work of Prince collaborator Renato Neto.  You can watch our episode of JAZZIZ Live with Mason on our Facebook page.

Singer/songwriter/guitarist Jonathan Butler has shared a new, empowering single ahead of U.S. Election Day. “Our Voices Matter” features a star-studded lineup and is out now via Mack Avenue. The song is a response to the injustice and oppression that links George Floyd’s death with Butler’s own experiences of growing up in Apartheid-era South Africa. “[It] is a message for us to have conversations that bring forth change,” he explains via a statement, “that we cannot stay silent when our brothers and sisters are suffering, and that with our voices we can fight for just treatment of all, just like we did in South Africa decades ago.” Click here to purchase/stream “Our Voices Matter.”

GRAMMY-winning saxophonist Andrew Gutauskas returns with a brand new eclectic selection of music, both original and arranged. Look Out!, his sophomore album, is released today via Outside In and carries a positive, timely message well-represented by its exciting title track. “[It] represents two themes,” he tells us, “it is an invitation to step back for a few minutes every day to appreciate life, music, friendship and the world around us while at the same time, encouraging everyone to be on the lookout for those agents who are trying to direct our attention towards the worst of humanity.” Click here to order Look Out!

“Scars” is a collaboration between Colin Baldry and vocalist Donna Gardier. It is also the lead single from Baldry’s new album with his Ambient Jazz Ensemble, Aura, out tomorrow via Here and Now. The new recording showcases the group’s cinematic jazz, which lies somewhere between nu-jazz and ambient electronica. Speaking of “Scars,” Baldry explains the song is “another example of the ‘hope over adversity’ theme that runs through the upcoming album, where quiet reflection grows into an uplifting message.”

Whirlwind: Live at Sam First marks pianist/composer Max Haymer’s first album as a leader in twelve years, following Pickpocket from 2008. It is a testament to his muscular, inventive playing and finds him leading a trio with bassist David Robaire and drummer Dan Schnelle. Recorded live at L.A.’s Sam First jazz club, shortly before the pandemic shut down live shows, Whirlwind: Live at Sam First features three standards and six originals, including “Proof of Evil.” The composition was inspired by Herbie Hancock’s “Actual Proof” and Wayne Shorter’s “Speak No Evil.”

Dave Brubeck, “Over the Rainbow”

Verve will release the final studio recording from Dave Brubeck, a solo piano album entitled Lullabies, on November 6. The recording showcases Brubeck’s distinctive improvisational style on a set of well-known children’s songs, classic standards and originals, and was recorded as a gift to his grandchildren in 2010. A new video for Brubeck’s version of the beloved “Over the Rainbow,” has been shared. This follows the previously released video for another track from the album, “Brahms Lullaby.”