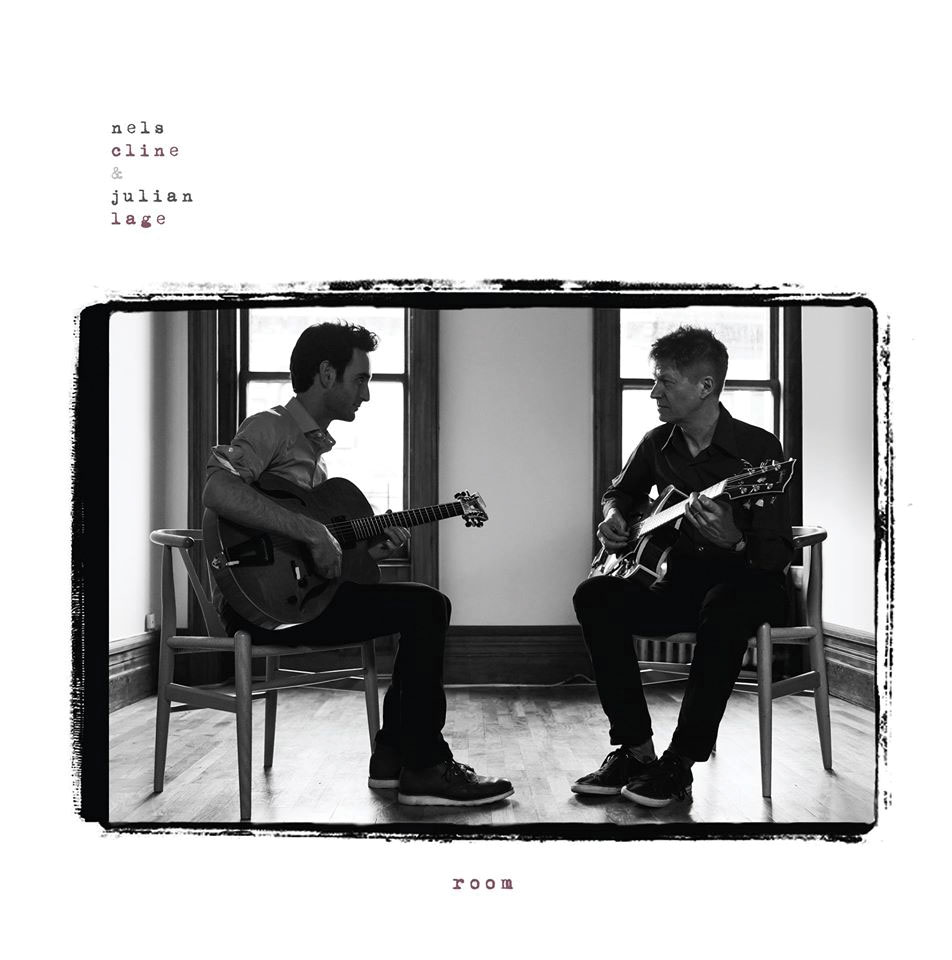 Guitarist Nels Cline may be best known as a member of Wilco, but he refuses to be pinned down. His incredibly eclectic curriculum vitae includes a stint with the Geraldine Fibbers, a country-punk combo, and a duo recording (alongside percussionist Gregg Bendian) of John Coltrane’s Interstellar Space. On Room, he draws on these experiences and more — and his duet partner, guitarist Julian Lage, keeps pace through every aural twist and turn.

It’s an inspired pairing: While Lage’s most prominent credits are jazzy (his work with the Gary Burton Quartet is particularly noteworthy), he, too, chafes at genre limitations, and his playing frequently touches on multiple styles within the same song. Take “The Scent of Light,” which, like all the tracks here, puts those listening in stereo between the two players in a simple but effective way: Cline can be heard through the right speaker, Lage through the left. The song begins with atmospheric plucking that’s as much about space as the notes before transitioning into a series of disparate segments — some densely layered, others quietly exploratory — that conclude in a rhythmic race to the finish line that recalls the signature work of King Crimson’s Robert Fripp.

Cline penned the majority of the material here. Among the highlights are “Racy,” which juxtaposes highly technical etudes with melodies that don’t shy away from swinging; the evocative acoustic showcase “Whispers From Eve”; the humorously idiosyncratic “Blues, Too”; and the casually lovely “Freesia/The Bond.” Lage, for his part, contributes “Abstract 12,” an intriguingly odd miniature, and “Calder,” which ends the album quietly, its meditative tone echoing with the confidence of instrumentalists who are as comfortable underplaying as setting the strings ablaze.

There are no overdubs on the album. What you hear is what they played in real time, and the results are as impressive as they are impossible to categorize. — Michael Roberts