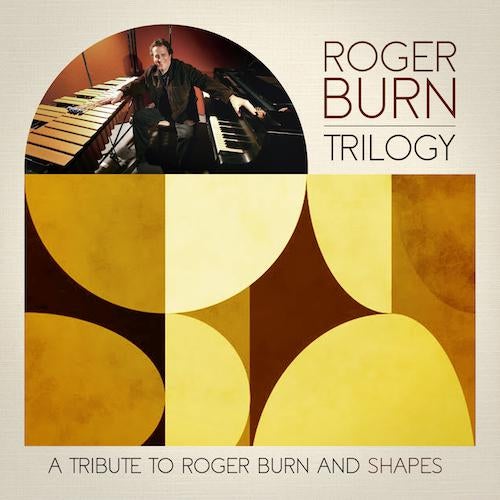 Trilogy: A Tribute to Roger Burn and Shapes

Pianist, vibraphonist, drummer, composer, arranger, bandleader — Roger Burn could list them all on his crowded résumé. The Southern California native was a prodigy, playing gigs around Los Angeles while still in his teens. He’d later tour the world with his band Shapes, leaving an imprint on the contemporary-jazz scene before his 2009 death from cancer at age 46. The three-disc compilation Trilogy: A Tribute to Roger Burn and Shapes (Blue Canoe) reflects the wide scope of his talents, as well as the esteem in which he’s held, featuring performances from some of the top players in his field. Mike Stern, Robben Ford, Béla Fleck, Russell Ferrante and Jimmy Haslip are just a few of the guest musicians who lend their skills to this sprawling collection. With Ford on guitar, a rhythmically upbeat rendition of John Coltrane’s most lovely composition, “Naima,” our selection, rings with Burn’s resonant vibraphone and utilizes Doug Livingston’s sighing pedal steel and Tollak Ollestad’s wistful harmonica. Ford’s textured leads glow with an understated radiance, beautifully realizing Burn’s rootsy vision for this classic love song.