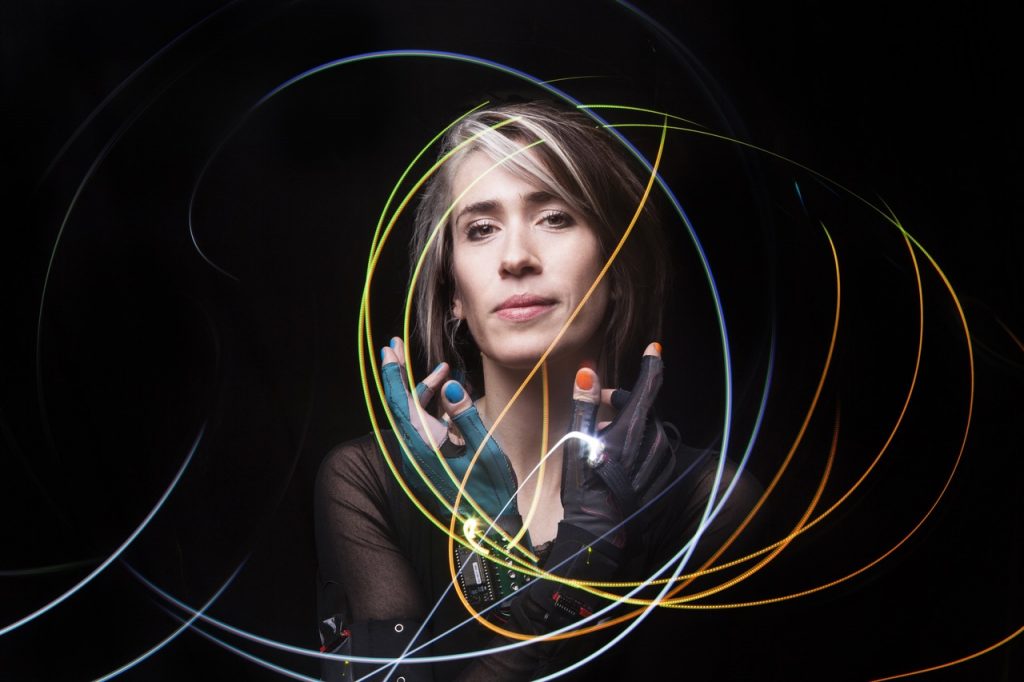 In music and in tech, innovation comes from humble origins. John Coltrane played in R&B bands into his late 20s, only to become the most revolutionary tenor saxophonist of his time. Apple and Google both started in a garage. Kamasi Washington’s West Coast Get Down began as an informal jam session in L.A., and Jack Dorsey started Twitter as a side project on nights and weekends.

It only makes sense, then, that Music Tech Fest, the world’s most exciting gathering of tech and music innovators, would come from similarly modest beginnings. Founded in 2012 by technologist and EU Woman Innovator of the EYar Michela Magas, MTF got its start as an exploratory gathering of music industry experts, technology enthusiasts, artists, academics and researchers, who convened in London with the express purpose of exchanging ideas and bracing for the future. It was originally referred to as “an idea playground.”

That playground has since become one of the world’s most important incubators for musical technology, having served as the launching pad for the music-streaming services like Spotify, which has fundamentally changed the way people engage with music. With so much momentum behind it, there’s no telling what new technology the festival will produce next.

One thing is certain: as the scope and significance of MTF have broadened, so too has its reach. To date, the festival has expanded across countries and continents — taking place in cities like Boston, Berlin, Genova and Helsinki — and uniting major players in the industry like Shazam, Spotify and Bandcamp. At the same time, MTF has retained its grassroots “hacker”  mentality. A case in point: the festival’s centerpiece hack-a-thon, a community-oriented, disruption-focused race to innovation in which the best brains in music and tech collaborate on impromptu projects that can go on to have a life beyond the festival.

This year’s Music Tech Fest is set to take place in Stockholm, Sweden, September 3-9, and promises to raise the exceptionally high bar set by previous years. One key change: at least 50% of the festival’s participants — meaning lecturers, workshop leaders, performers and hackers — will be women. That includes Swedish jazz phenom Lina Nyberg, who will appear as the featured performer in the JAZZIZ Lounge, where industry professionals, artists, scientists, media personnel and curious festival goers can get together to talk shop in a relaxed musical setting.

JAZZIZ is thrilled to be participating in this year’s Music Tech Fest. Here are five innovators we’re most looking forward to meeting. They could very well produce the technology that will usher in the future of music.

How She’s Changing the World: Unleashing the Power of Blockchain on the Music Industry

British Grammy-winning recording artist Imogen Heap has long pushed boundaries with her music, but for the past several years, she’s also been making waves as a tech innovator. For the 2018 Music Tech Fest, she’ll be showcasing her latest technological brainchild, Mycelia, a blockchain-based system that aims to become the digital identity standard for music-makers. Mycelia could forever alter the way musicians connect with each other — and to the music industry — by using blockchain to link musicians’ profile information, IDs, acknowledgments, works, business partners and payment mechanisms. Mycelia’s mission, according to the MTF website, is to “empower a fair, sustainable and vibrant music industry ecosystem involving all online music interaction services.” In 2015, as a real-time proof of concept, Imogen Heap’s released her single “Tiny Human” using Mycelia. It became the first song to use smart contracts to pay musicians directly with each purchase. Learn more here.

How She’s Changing the World: Empowering Girls to Explore Tech

Aside from charting multiple hits in the Billboard Top 100 list, Swedish recording artist Robyn is also an entrepreneur, creator, technological innovator and social crusader. In 2013, she was awarded the KTH Royal Academy of Technology’s Great Prize, which honors a person who, “through epoch-making discoveries and the creation of new values and by ingenious applications of findings gained on the practical aspects of life, promotes Sweden’s continued material progress.” Paying it forward, Robyn used her prize winnings to found Teklafestival, which serves as a platform and meeting place for young girls interested in the intersection of music and tech. The first Teklafestival was held at KTH on April 18, 2015, and was attended by 200 young women. It proved a wild success, and in 2016, the festival doubled in size. In an effort to foster even more growth, Music Tech Fest will host a series of Teklafestival workshops with cooperation from KTH on the weekend of September 7-9. Learn more here.

How She’s Changing the World: Building a Musical Instrument for the Cosmos

Music isn’t rocket science — until it is. Professor Kelly Snook is an engineer, instrument inventor, and former NASA researcher who also just so happens to be a music producer and instrument designer. Her area of expertise is exploration — of other planets, yes, but also of the limits of musical expression. In her academic and personal work, she strives to “empower every human to create their own instruments of choice [while] embracing the meta-art-form of instrument design as part of the creative process.” And to that end, Snook has invented the Kepler Concordia, a Virtual Reality instrument that uses patterns generated by the movement of the planets to replicate sonic frequencies. The instrument will be released in 2019 in honor of the 400th anniversary of Johannes Kepler’s “Harmonies of the World.” Meanwhile, MTF participants will have an early glimpse of the instrument, because Snook will be one of the leaders at the 24-hour Creative Labs at MTF Stockholm. Learn more here.

How She’s Changing the World: Merging Visual and Audio through Performance Art

Ginger Leigh (also known as Synthestruct) is an American multi-media artist whose work explores the connection between visual phenomenon, sound and our understanding of the world. Her specialty is cymatics, the study of the visualization of sound, and her work has been featured in galleries and festivals, through photography, videography, interactive installations, and live performances. In 2015, Leigh won the MTF Cymatics Challenge with a unique new concept called Cymatics Hack, a continuously evolving cymatics system that uses image analysis to control a source audio signal. More recently, at the Society for Art and Technology in Montreal, she developed INTERFERENCE, an immersive audiovisual performance built within a gigantic dome and featuring a constantly moving visual pattern based on the interactions of waveforms. She also has a Cymatics Theremin on display at the Orlando Science Center. Leigh will curate and host the MTF Space on the Experience Floor of MTF Stockholm. As participants enter the festival, they will be welcomed by her sound art installations and interactive projects. Learn more here.

How She’ll Change the World: Tapping the Potential of Multi-Sensory Experiences

LJ Rich is best known as a correspondent for BBC’s technology show Click, but recently she’s become more widely regarded for sharing her stories of living with synesthesia, a neurological phenomenon in which stimulation of one sensory pathway (such as hearing)  triggers involuntary reactions in another sensory pathway (such as taste). A person with this type of synesthesia, for example, might be able to “hear” the ingredients in a cocktail. And in fact, that’s exactly what Rich demonstrated at MTF 2015, when she appeared with Swedish champion mixologist Emil Areng to recreate, on a digital keyboard, the “sound” of Emil’s cocktail. Rich can be heard discussing theories of synesthesia on radio programs in the United Kingdom, Canada and the U.S. A practicing musician, she also does research into the parallels between classical and contemporary musics. At MTF 2018, she’ll host the 24-hour Music Hack Camp, where she’ll be creating live musical experiences based on ambient environmental sensations. Learn more here.

How She’ll Change the World: Improving the Conversation Between Social Media and Music

Nancy Baym is a Principal Researcher at Microsoft in New England and Research Affiliate in Comparative Media Studies and Writing at MIT. A pioneer in the field of social media and music technology, she uses her work to explore the “subtle and pervasive ways people make sense of new communication technologies and weave them into their everyday lives.” A lifelong music fan, Baym has written a new book that aims to show how tools of social media have – and have not – changed the relationships between musicians, industry professionals and audiences. It’s a topic she’s been tracking since the 1990s, when she first began researching the phenomenon of people conversing en masse via computer. Her book on the subject, Personal Connections in the Digital Age is now in its second edition. In 2014, Baym organized the first Music Tech Fest research symposium, spearheading the writing of the Music Tech Manifesto that continues to guide MTF. In 2018, she will lead this year’s #MTFResearch Symposium on topics ranging from artificial intelligence and blockchain to radical inclusion and human musical interpretation. Learn more here. 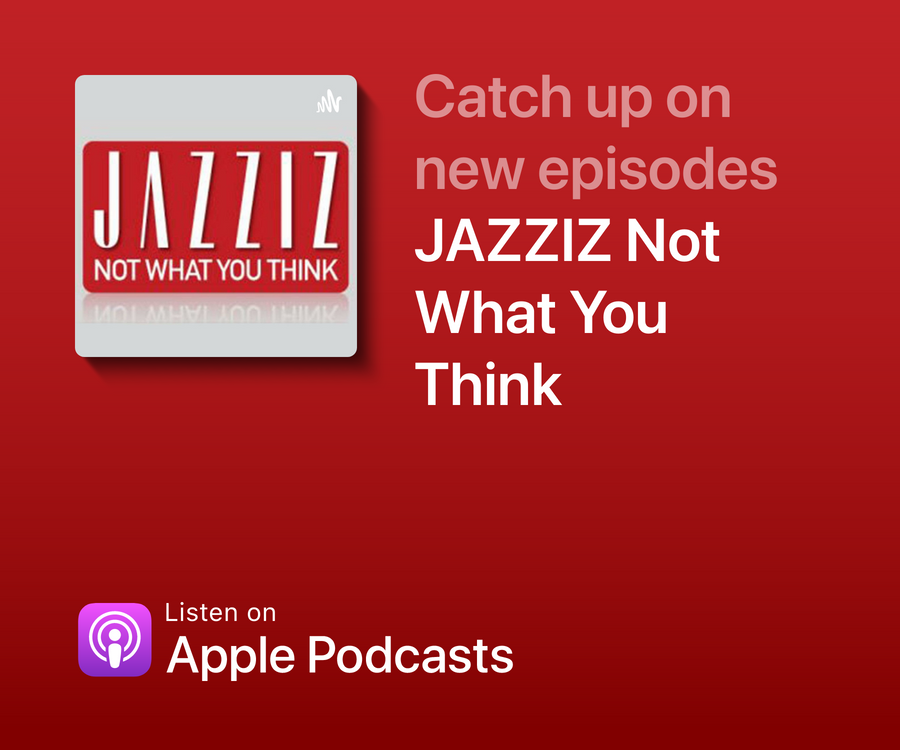 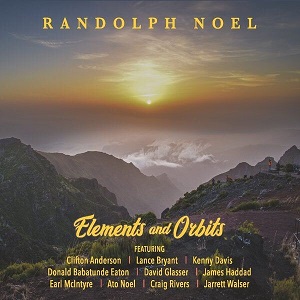 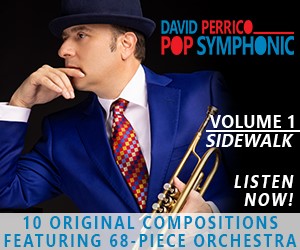