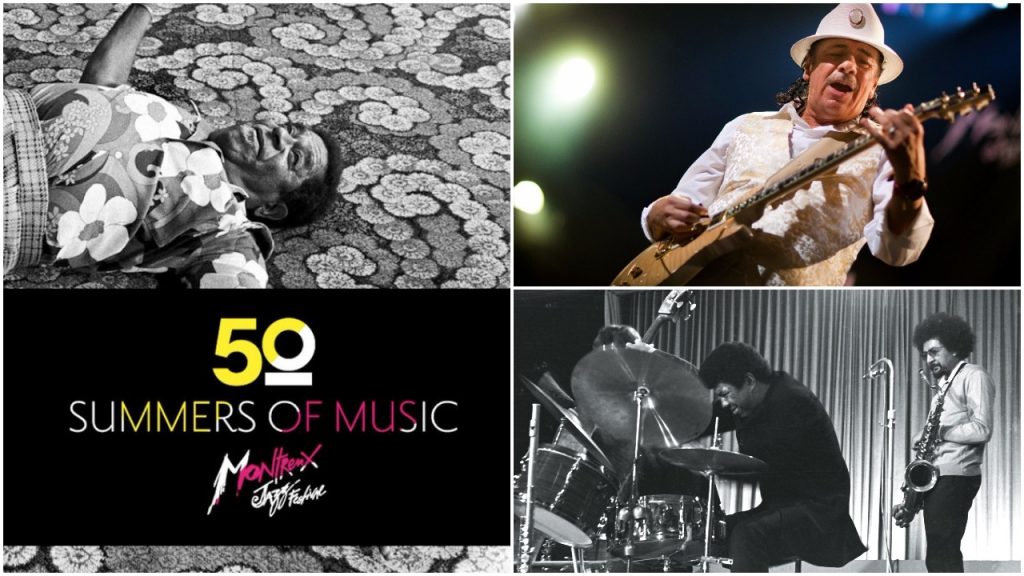 The Montreux Jazz Festival will celebrate its 50 year history with a book titled 50 Summers of Music. The book, which is to be released on June 15, is co-published by the festival and Editions Textuel.

50 Summers of Music will retrace the history of the festival founded by Claude Nobs, from its inaugural 1967 edition to the present day, through the words of many artists who have performed on its stages throughout the years. Sixty of them offered their candid recollections to the project, including such names as Quincy Jones and Carlos Santana. Their words will be echoed in nearly 200 photographs, many previously unpublished, capturing its atmosphere both backstage and onstage. These images have been drawn by the festival’s expansive audiovisual archive, which is officially recognized as a World Heritage by UNESCO.

Texts on the book are written by journalist and director Arnaud Robert. A previously released interactive video retracing some of the best moments from the 50 year history of the Montreux Jazz Festival can be viewed here www.montreuxjazz.com/50.

The 50th Montreux Jazz Festival runs from the 1st to the 16th of July. For more information and tickets, go to www.montreuxjazzfestival.com/en/