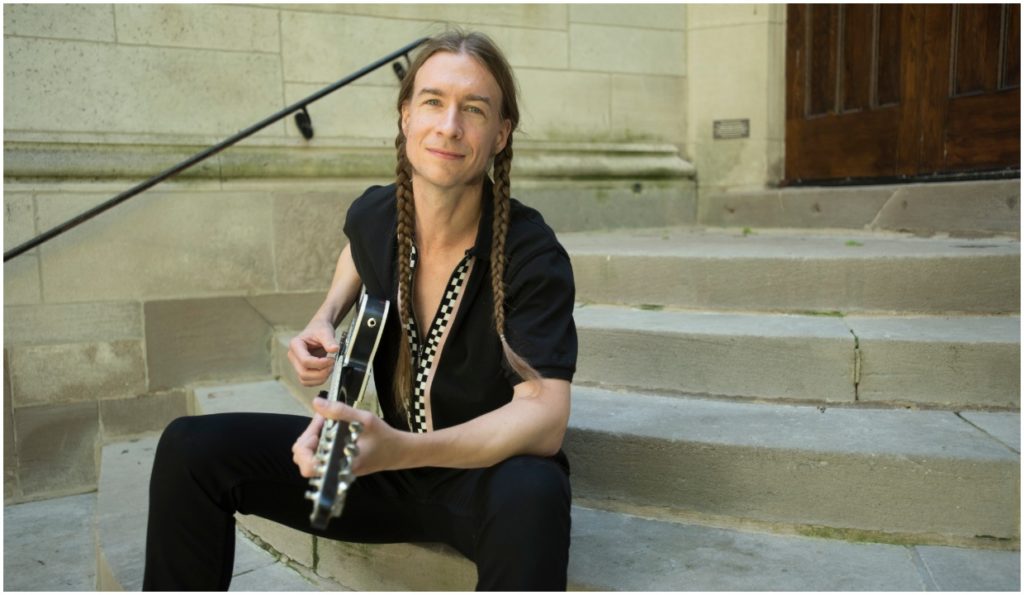 Looking for some Monday motivation? We’ve got you covered! From the a rare solo album by a piano legend to a brand new tribute to the great Etta James, here are five new songs – including three premieres – that you can listen to right now to start your week the right way.

JAZZIZ presents the premiere of “Last Time Thing,” a jazzy groover from Fake Jazz & Theme Songs, the debut solo album of guitarist Jason “Slim” Gambill, best-known as the secret weapon of country music superstars Lady Antebellum. “As the first tune I wrote for the project … ‘Last Time Thing’ best represents the scope of the album and me as a musician,” he explains to us. “A dirty White Stripe-esque guitar riff and ’70s George Benson vibes, with allusions to the Beatles and Curtis Mayfield, all tied together with an all-star horn section. That’s me in a nutshell.” Fake Jazz & Theme Songs will be out on September 6.

Iconic pianist Ahmad Jamal, aged 89, is set to release a new album, Ballades. The first single from this rare full-length piano solo outing by Jamal is a new, reflective version of his composition, “Whisperings,” which was first recorded by O.C. Smith on Jamal’s Picture Perfect album from 2001. This is one of the three original Jamal compositions featured on Ballades, which is an intimate set of career-spanning interpretations by the pianist, and will be released on September 13 via Jazz Village.

JAZZIZ presents the exclusive video premiere for Mindi Abair and The Boneshakers’ cover of Etta James’ classic song, “Seven Day Fool.” “I’ve always been an Etta James fan,” says Abair. “Every word she sings hits home for me … I saw her live once and she was incredible. She was touching herself and grabbing herself as she sang throughout the concert… just living it all on stage. I love that about her. This is our tribute to her.” The video was directed by Gemma Corfield and shot in the Moroccan Room at The Village recording studios in Los Angeles.

Acclaimed bassist/composer Chris Lightcap unites Bigmouth and Superette, his two ensembles, on his latest studio recording SuperBigmouth. We’re delighted to present you with a song premiere for one of the tracks from the LP, “Zero Point Five,” ahead of its October 4 release via Pyroclastic Records. “On ‘Zero Point Five’ with both the writing and the improvising, the emphasis is on a collective approach, and the saxophones and guitars take turns playing improvised duos over the two main sections,” explains Lightcap. “Midway, Craig switches from vox organ to piano, playing a phrase that eventually becomes the last sound you hear as the rest of us gradually drop out. The contrapuntal writing on this one reminded me of some Baroque pop music I’ve heard coming out of the ’60s so it seemed appropriate to mix it with a church-like, ‘wall of sound’ quality.”

Vocalist Svetlana Shmulyian recorded a version of “Moonlight” for her upcoming album, Night at the Movies, featuring Wycliffe Gordon, Sullivan Fortner, Matt Wilson, Pasquale Grasso and Rogerio Bocatto. The song was originally interpreted by Sting in the 1995 film Sabrina, and is presented here with a pillowy Bossa Nova arrangement by Gil Goldstein, complete with lush strings, produced by Matt Pierson. Night at the Movies is due out September 20 and a special album release show will take place at New York City’s Joe’s Pub on September 21.