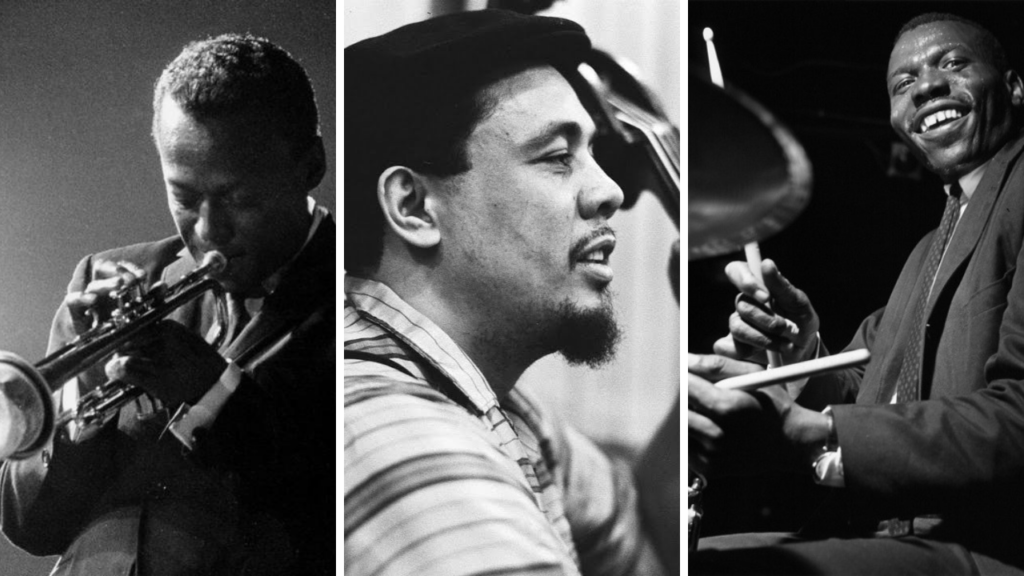 Miles Davis, Charles Mingus and Elvin Jones on the same recording? Yes, it happened. And it happened on this day (July 9) in 1955. That’s when this power trio got together in engineer Rudy Van Gelder’s famed studio in Hackensack, New Jersey, to lay down four tracks for a session on Mingus’ Debut Records label. (Also featured on the album were Britt Woodman on trombone and Teddy Charles on vibes.) The album was a clear exercise in cool jazz, with songs that sauntered slowly even as they explored colorful harmonies and complex improvisational ideas. And while the album rarely bubbled beyond a simmer, it still brought plenty of heat.

Case in point: “Nature Boy,” which is featured here as our Song of the Day. Miles is a calm, collected force on trumpet, blowing brilliant wisps of melody through his Harmon-muted trumpet, while Mingus brings his bass to the fore with bold rhythmic phrases, acting more like a frontline voice than a rhythm member (the original LPs extra-wide grooves helped emphasize the low end even more). Jones, meanwhile, paints delicately on brushes to bring this group’s portrait to life. All in all, it’s a fantastically intimate date from three of jazz’s biggest personalities.