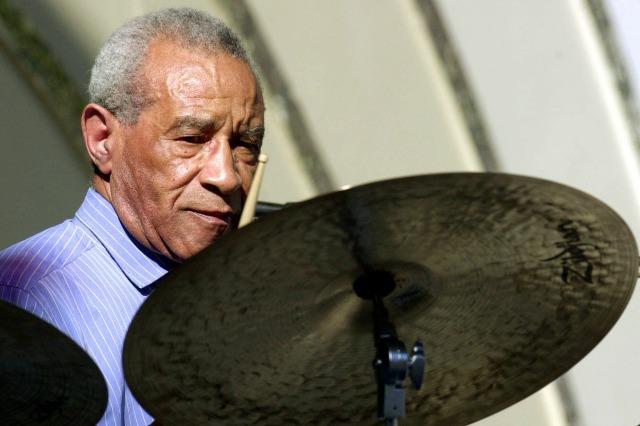 Legendary drummer Max Roach was born on this day — January 1 — in North Carolina in 1924 (though some say he was actually born in 1925). Lauded for his hard-charging rhythmic accompaniment and melodic drum soloing, Roach is often considered alongside Charlie Parker and Dizzy Gillespie to be one of the founding fathers of bebop. But his profound impact on jazz extends far beyond any one era or genre. He was also a seminal figure in the development of hard-bop (co-leading an outstanding quintet with trumpeter Clifford Brown) as well as an early advocate for opening jazz’s borders to include influences from world music and the classical avant-garde.

Roach, who in his childhood relocated to the Brooklyn neighborhood of Bedford-Stuyvesant, was also a relentless pursuer of Civil Rights, and toward the ’50s and ’60s, much of his music took on an ardent political bent. “Freedom Day,” from his monumental 1960 jazz suite We Insist! was a showcase for both his astounding musicality and his incisive political message. The song features Booker Little on trumpet, Walter Benton on tenor saxophone and Julian Priester on trombone. Vocalist Abbey Lincoln intones the urgent lyrics, which contrast the legal freedom granted by the Emancipation to the realities of life in the Jim Crow era.

Q&A with Vocalist Virginia Schenck: A Battle Cry for This Moment