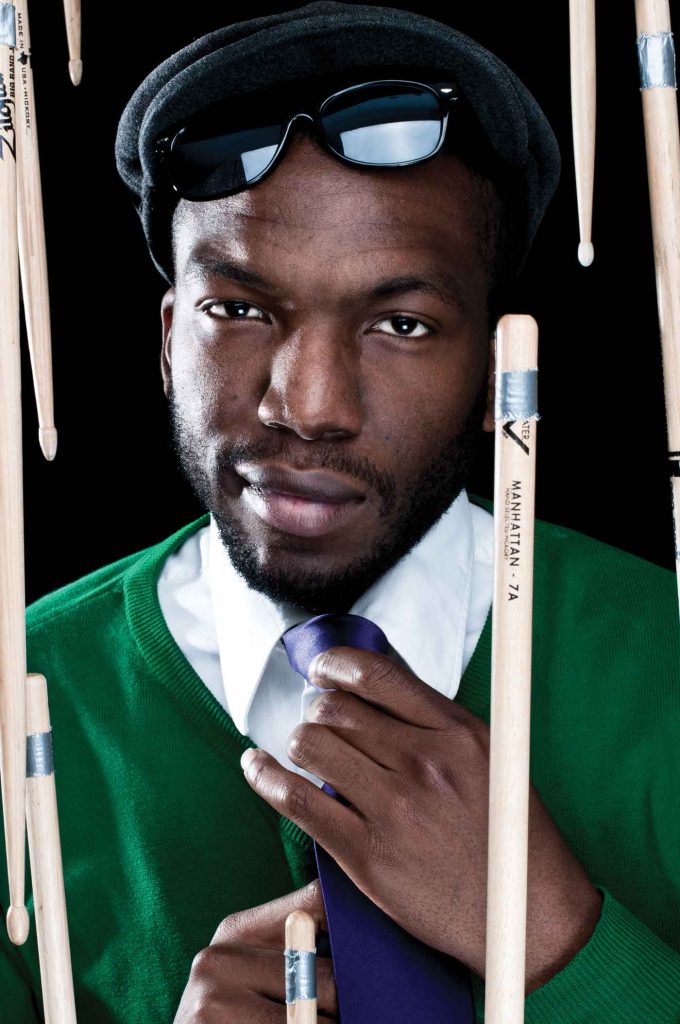 On his second release as a leader, Reggie Quinerly continues to follow his own singular path.

William Ernest Henley’s poem “Invictus” has provided inspiration and encouragement to countless readers since its original publication in 1888. Burmese opposition leader Aung San Suu Kyi has cited its influence; the headline of London’s Daily Mirror newspaper the morning after the city’s 2005 subway bombings — “Bloodied But Unbowed” — paraphrased a line from the poem. Most famously, Nelson Mandela recited “Invictus” to fellow prisoners during their long years of incarceration at South Africa’s Robben Island prison, drawing strength from the work’s final lines: “I am the master of my fate; I am the captain of my soul.”
Reggie Quinerly’s first encounter with Henley’s poem wasn’t quite so soul-stirring. He was forced to memorize the poem by his mother as punishment for speaking out of turn — apparently something of a habit for the future drummer.

“I was always a very talkative kid, and sometimes that wasn’t the best way to be,” Quinerly recalls. “So my mother dropped me off at the public library and told me to learn this poem. There was no Internet in the libraries at the time, so I had to do the Dewey Decimal System card-catalog thing to find this poem and make a photocopy of it. I committed it to memory and had to recite it for the other kids in class the next day.”

It would make for a touching story if committing those rousing words to memory changed Quinerly’s life, but that wouldn’t quite be the truth. Like most pre-teens, he undertook the chore dutifully and went on with his life. He’d been committed to pursuing music since first picking up drumsticks at the age of 6, so the experience didn’t exactly change his direction in life.