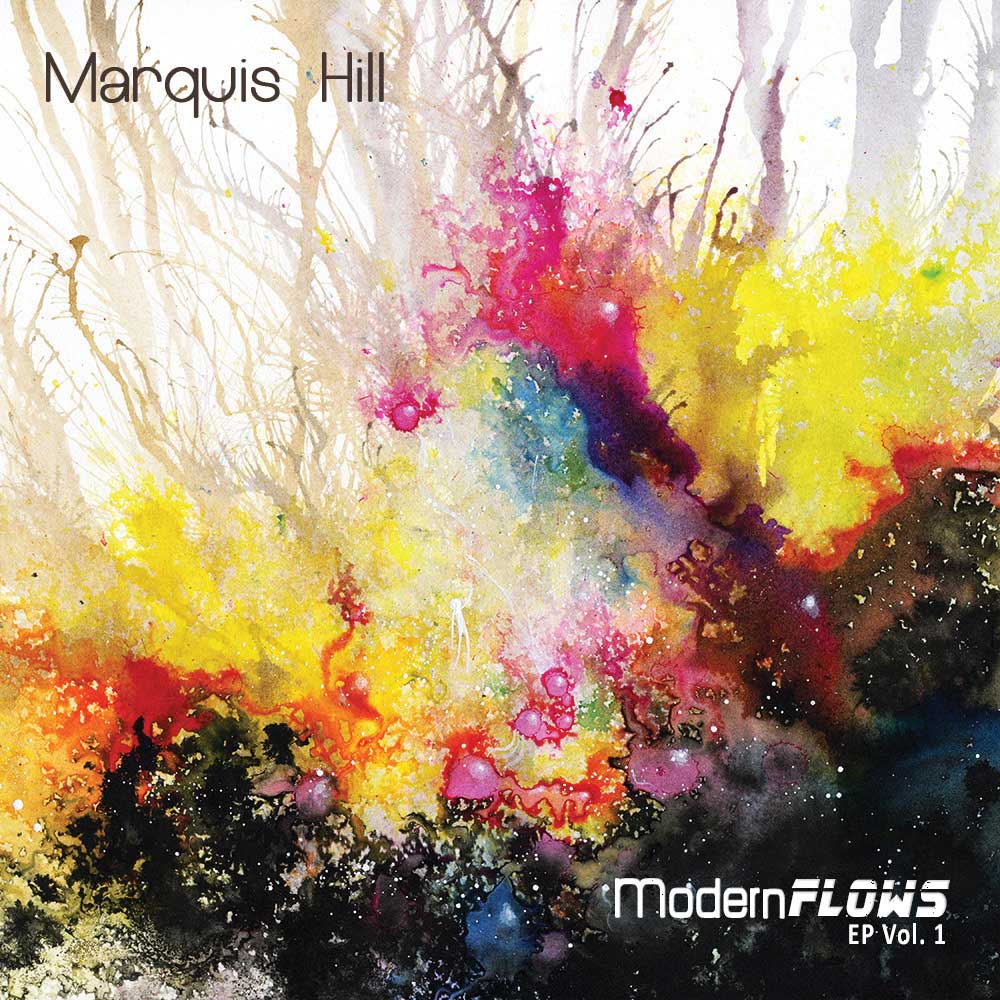 Like Jason Moran and Robert Glasper, Marquis Hill isn’t afraid to wear the influence of black popular music on his sleeve. It’s been evident on the young trumpeter’s previous discs as a leader, but it’s even more in the foreground on this excellent set.

Modern Flows is more than a title; it signifies the album’s concept. The modern speaks to the (mostly) seamless blend of modern jazz, contemporary R&B and hip-hop. Then there’s the flow of the record’s thematic unity, not just in the sentiments of African-American identity and pleas for racial and social justice expressed by spoken-word artists Tumelo Khoza and Keith Winford, but in the recurring musical motifs. “Black Harvest” picks up on the descending harmonies established on the previous track, “Modern Flows Intro,” albeit with a more aggressive rhythm. The theme of the warm, Latin-tinged ballad “The Essence” reemerges on the laid back hip-hop of the next track, “Love My Life.”

The disc is notable for its use of spoken-word elements. Khoza’s performance on “Modern Flows Intro” is essentially a poetry recital, while Winford’s presence is pure hip-hop. His rap seems tacked on to the end of “White Shadow,” an otherwise excellent piece of energetic contemporary jazz. But his performance (his flow) is more seamlessly integrated into the overall context of “Love My Life” and “King Legend.” Nonetheless, it’s a more traditional vocal performance that steals the show. On an overall strong collection, Meagan McNeal’s lilting soprano on the R&B-inflected “I Remember Summer” is a highlight.

Musically, much of the album’s strength lies in the rapport between Hill and alto saxophonist Christopher McBride. Frequently playing unison lines, the pair are perfectly matched in their power, control and tone. Vibraphonist Justin Thomas lends an aura of cool, providing a solid harmonic foundation while preserving plenty of breathing room for Hill’s melodies.

Only 28, Hill has already established himself as a formidable musician with the ideas to match. —John Frederick Moore