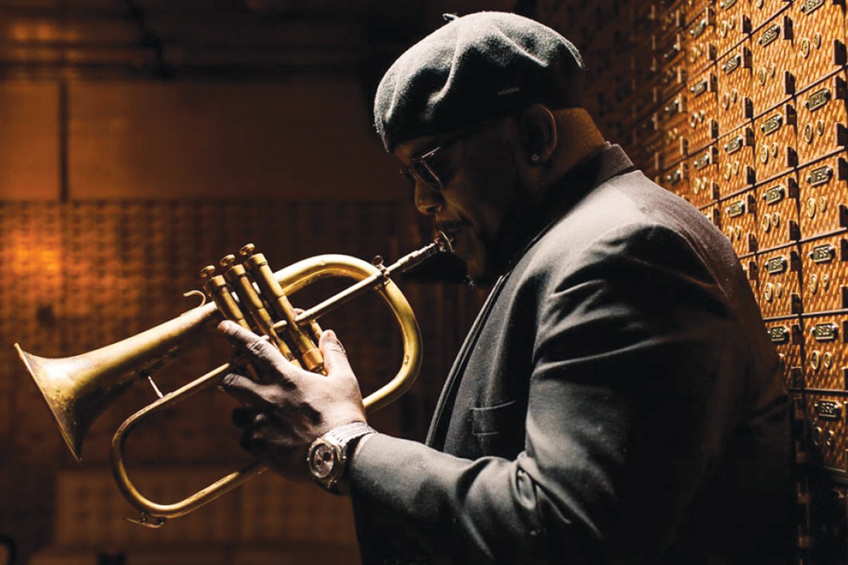 Trumpeter Marquis Hill, winner of the Thelonious Monk International Jazz Competition in 2014, will be releasing his new album The Way We Play on June 24 on Concord Jazz.

The Way We Play marks Hill’s debut for the label and features him fronting his regular ensemble of four years, named the Blacktet, which is composed by saxophonist Christopher McBride, vibraphonist Justin Thomas, drummer Makaya McCraven and bassist Joshua Ramos.

The album’s track list revisits a number of jazz standards and American songbook classics with a heavier emphasis on the groove that gives the compositions a more resonant 21st century jazz sound. In a press release, Hill stated “I really want to make it very clear that this is the sound of my band, which is uniquely Chicago. I wanted to put everything on the table – this is the way we play.”

Highlights of the album include a tribute to Gigi Gryce’s with the two-part mashup “The Way We Play / Minority” and an Afro-Latin version of Charles Chaplin’s 1936 signature tune “Smile.”

For more information, go to http://www.marquishill.com/