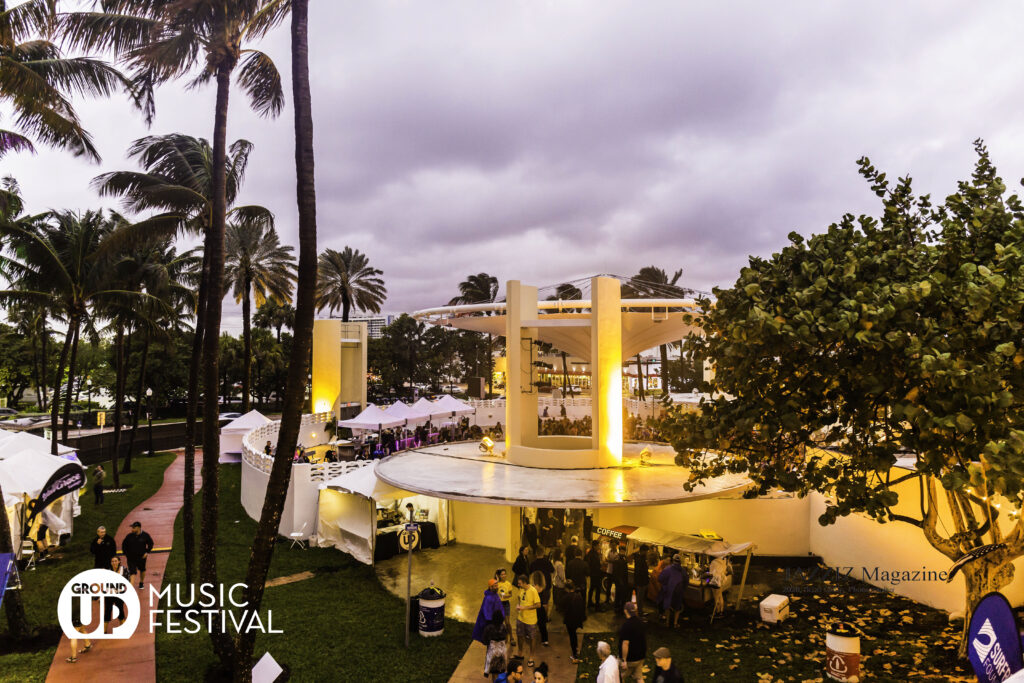 The fourth annual edition of the GroundUP Music Festival, which took place at the North Beach Bandshell over the Valentine Day´s weekend, was a smartly curated showcase of creative music (stylistic borders were simply ignored) in a beautiful setting and a relaxed, low-key atmosphere. Nice work if you can get it — and this festival got it, in spades.

The festival was created and is produced by Paul Lehr, CEO of GroundUP Music, Snarky Puppy’s artist-run label, and bassist, composer, and Snarky Puppy instigator Michael League, who is also the festival’s artistic director. Because many of the artists stay through the weekend (February in Miami Beach anyone?), the festival offers both planned and impromptu collaborations. It is also the kind of loose setting in which is common to see artists taking in other artists’ performances or simply hanging out.

Some highlights on this year’s program include singer and songwriter Michael McDonald, who revisited old hits, proving again that with his voice, the telling is the story; drummer Brian Blade and the Fellowship Band, which offered a master class in musical storytelling and ensemble playing while making it sound easy; and singer Cecile McLorin Salvant, who daringly performed a quirky club set in an open-air venue, accompanied just by Sullivan Fortner on piano — and still cast a spell on the afternoon audience.

Other notables include saxophonist Chris Potter, the festival’s artist-at-large, who over the weekend sat in with several acts, including McDonald and McLorin Salvant; trumpeter Christian Scott aAtunde Adjuah who offered a muscular set of ideas for “the second century of jazz,” as he put it; and Brazilian mandolinist Hamilton de Holanda, who made astonishing appearances leading his own quartet and also sitting in with Snarky Puppy.

Speed, athleticism in music is not musical. Instead, De Holanda seems to burst with melodic ideas and he happens to have the tools to execute them as fast as he can think them. Also the all-female mariachi group Flor de Toloache, offered a delightful performance as a quartet, musically tight but also warm and entertaining. As in previous editions, Snarky Puppy played host, performing at the Bandshell every day and closing the event on Sunday evening.

The Festival occupies a space, just a few steps from the beach, that not only includes the Bandshell but a small park that holds a second, smaller temporary stage. Having two performance spaces allows for continuous live music with no overlapping sets and, remarkably, especially for Miami and its loose concept of time, the trains do run on time. Next to the bandshell, a building that regularly houses a senior center serves as a place for talks, masterclasses, workshops, and VIP lounges.

In the park, hammocks hang from the palm trees, and there are also several small stands selling clothing items and food.

Outdoor music festivals are a combination of cultural feast, social event and businesses.

Having the many moving parts and different interests move as one is as much an art as a skill.

At the GroundUP Music Festival, they do.