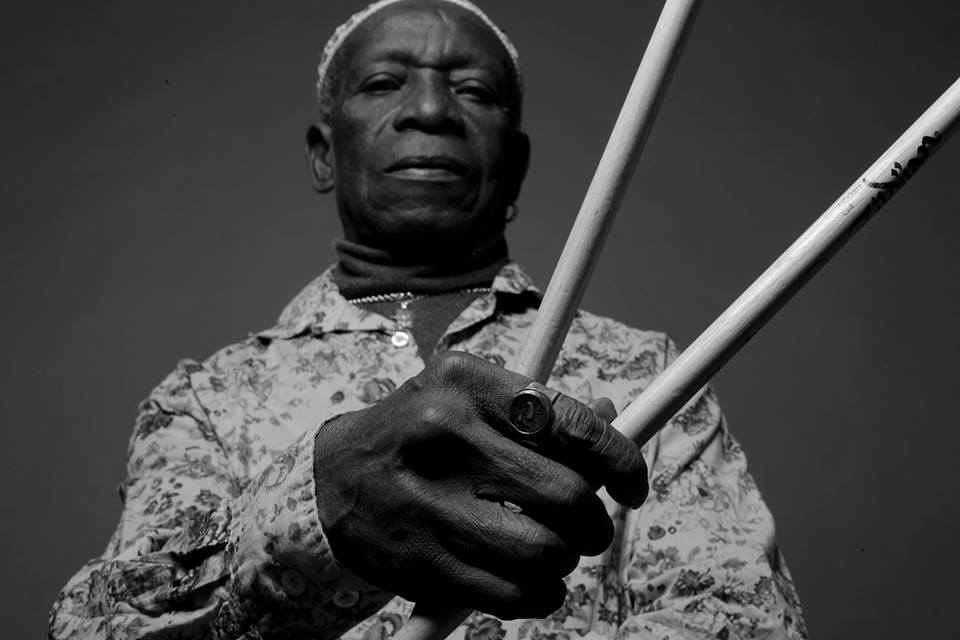 Drummer, songwriter, and composer Tony Allen released his new single, “On Fire,” today (August 25). The song is featured on Allen’s upcoming album, The Source, out on September 8 via Blue Note.

Listen to “On Fire” below:

An official press release describes The Source as the “next step in Allen’s musical and spiritual voyage, and a further example of his early jazz influences. Eleven excellent players are featured on the album in total, including saxophonist Yann Jankielewics, who has been playing alongside Allen since 2009, and guitarist Indy Dibongue, from Cameroon, who “contributes an indispensable African sound to the album’s palette.”

The Source also includes one notable guest appearance: Damon Albarn plays piano on one of its tracks, titled “Cool Cats.”

For more information, go to http://www.bluenote.com/news/tony-allen-blue-note-debut-the-source