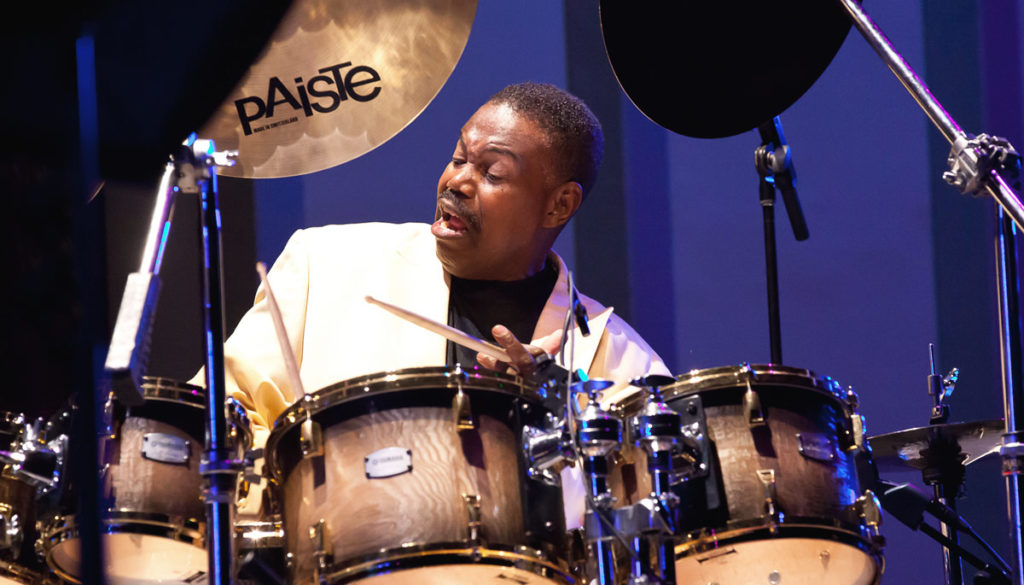 Drummer Leon “Ndugu” Chancler, an early figure in funk and fusion drumming and a key collaborator with Miles Davis, Herbie Hancock and Weather Report, was born on this day (July 1) in Shreveport, Louisiana, in 1952. Chancler’s crisp, kinetic drumming enlivened the work of countless artists across numerous genres. In the mainstream jazz world, he can count Thelonious Monk and Frank Sinatra on his résumé, but he’s also appeared on albums by Santana, Patrice Rushen and Lionel Richie. His most famous drumming credit, however, is with the pop star Michael Jackson: Chancler was the percussionist behind the immortal beat on “Billie Jean.”

In 1974, Chancler appeared on Feel, an album by keyboard legend George Duke, contributing drums and the composition “The Once Over.” We’ve selected that tune — with its deep-in-the-cut groove and laser-like bursts of energy — as our Song of the Day. In addition to his prolific career as a recording artist, Chancler was also a strong advocate for jazz education. He continued to teach music, most recently at the USC Thornton School of Music in Los Angeles, until his death at the age of 65 in 2018.