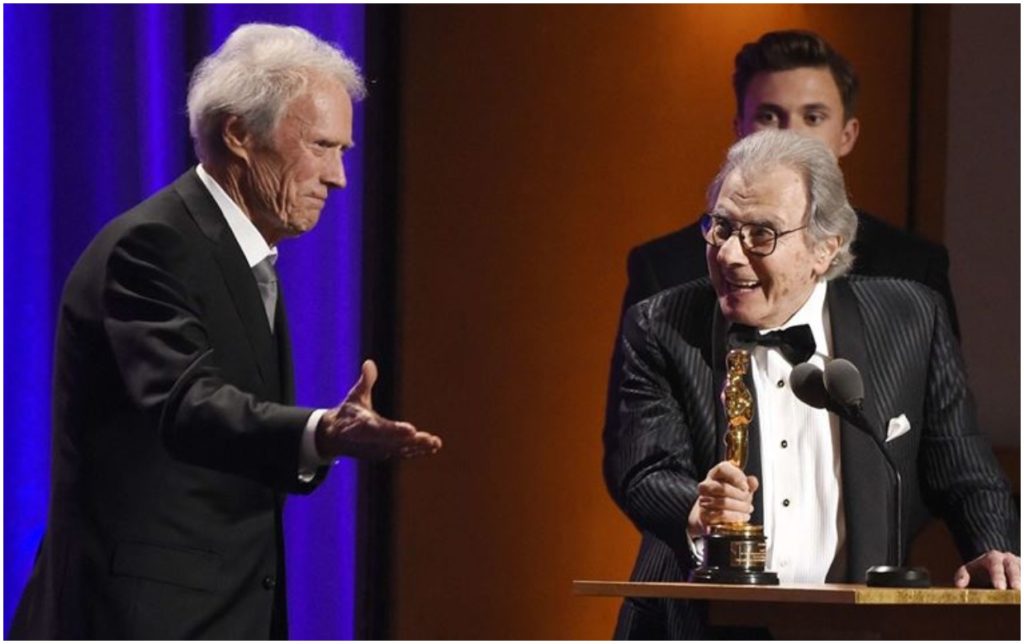 Argentine-born American pianist, composer, conductor and arranger Lalo Schifrin has been active for over 50 years and has composed some of the most memorable and acclaimed music in cinema and television. Among them, the iconic original themes of such films as Dirty Harry, and the TV show Mission: Impossible, a theme that was later reprised in the Tom Cruise-starring film franchise. He was also nominated for six Academy Awards, five of which were for writing the original scores for Cool Hand Luke (1967), The Fox (1967), Voyage of the Damned (1976), The Amityville Horror (1979) and The Sting (1983).

Despite these six nominations, he never won an Oscar, until November 18, when he received an Honorary Oscar at the 10th Governors Awards, which is the annual ceremony that honors extraordinary distinction in lifetime achievement, exceptional contributions to the state of motion picture arts and sciences, or for outstanding service to the Academy of Motion Picture Arts and Sciences itself. This year, the award ceremony took place at the Ray Dolby Ballroom in Hollywood, California. Schifrin was one of three to receive their coveted Honorary Oscars this year, along with actress Cicely Tyson and publicist Marvin Levy.

Academy music governor Laura Kaplan explained why the composer was selected as one of this year’s honorees in an official statement: “Lalo is a model film composer. His use of modernism and jazz is strikingly original, and his ability to use complex musical ideas in a simple, singable form is completely unique. He never overwhelms the picture, but he does not shy awa from using bold musical strokes. His music dances with the moving images it accompanies.”

“My love and appreciation for motion pictures started very early in my life,” he recalled in his speech. “I remember when I was five years old, my parents took me to see a movie, a horror movie, and at that moment I realized that without music they wouldn’t be so scary.” He then added: “I have been fortunate to have the opportunity to work with great, outstanding directors, and talented musicians in the creation of musical scores to support their projects.”

Watch the video of Schifrin’s full acceptance speech via the player below: