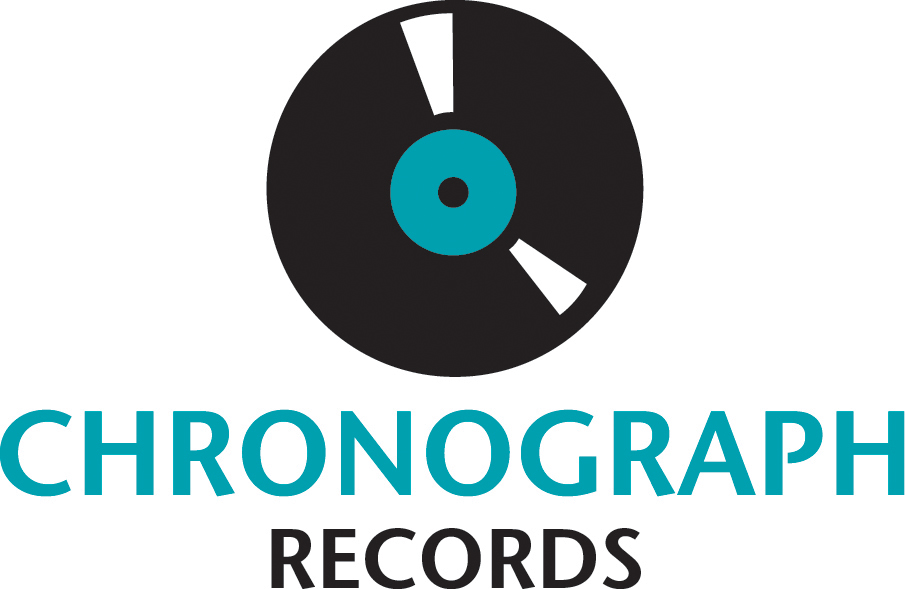 Chronograph Records is a boutique label representing some of the best jazz, urban, acoustic, and blues artists in Western Canada. The label was founded in 2004. Since then, it has worked closely with artists looking for an insightful and collaborative partnership. Many Chronograph artists have garnered numerous awards and award nominations. In partnering with Chronograph, we’ve recently come across seven exceptional jazz artists who are part of their roster, with all their unique genre and flair and are thrilled to help share their music with our readers 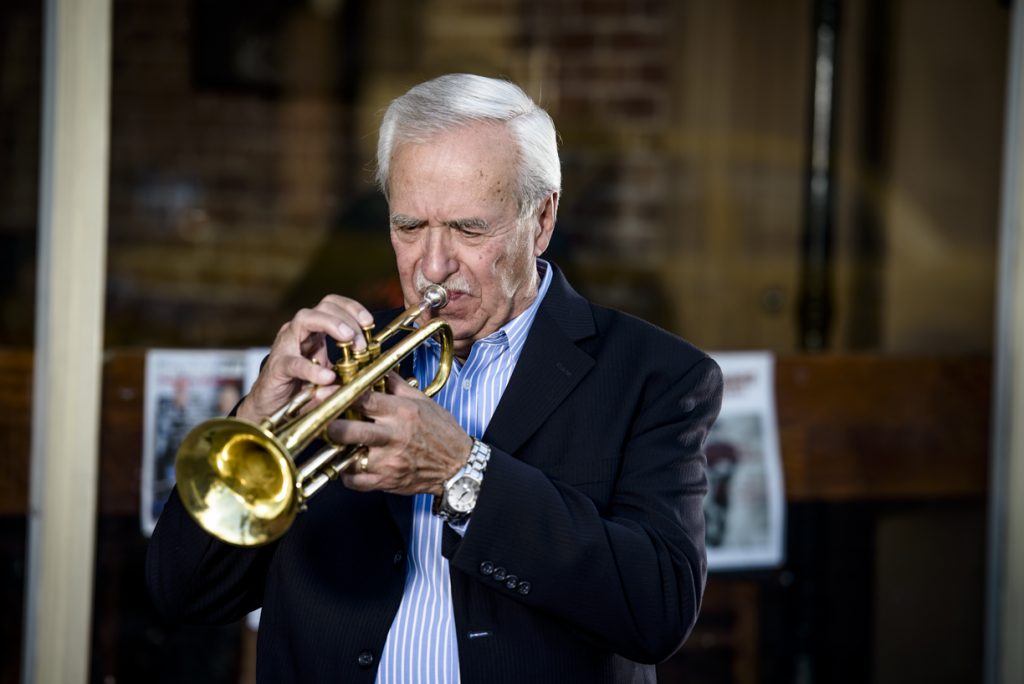 Trumpeter, composer, and arranger Al Muirhead has been an iconic figure on the Canadian jazz scene. Throughout his career, he has worked with such artists as Frank Mills, Diana Krall, and Dizzy Gillespie. His playing is infused with the indelible influence of the greats – from Louis Armstrong to Miles Davis – and his flowing, melodic sound is all his own. Last year, at the age of 81, Muirhead released his most ambitious work to date: Northern Adventures – the Canada Sessions Vol. I. This is a collection of standards pairing him up with many of Canada’s jazz greats in five small groups. The tracklist features such songs as Cole Porter’s “Night and Day,” George and Ira Gershwin’s “They Can’t Take That Away from Me,” and Frank Loesser’s “I’ve Never Been in Love Before.” 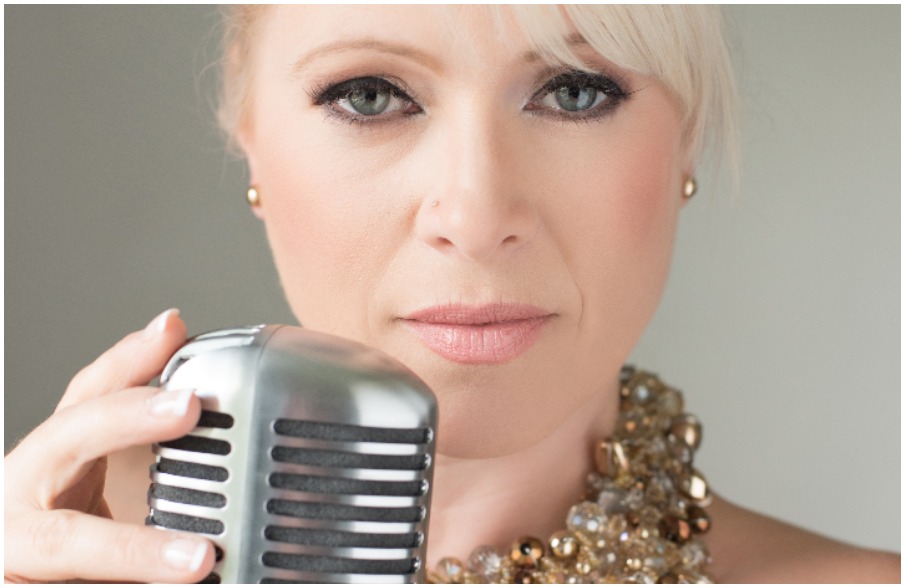 Swedish-born singer/songwriter Johanna Sillanpaa’s vocals are expertly clear, gently raw, and yet intensely bold. She and her ensemble have played everywhere from intimate jazz joints across North America and Europe all the way to performing in front of the huge crowds of the Montreal Jazz Festival. Her latest album, From This Side, includes modern jazz arrangements and catchy originals and features her alongside bassist George Koller, trumpeter Ingrid Jensen, pianist Chris Andrew, and drummer Tyler Hornby. “I’ve always wanted to record an album that audiences can experience live,” she said. “From This Side has a beauty and simplicity that is a reflection of what I bring with my group in concert. What you hear is what you’ll get!” 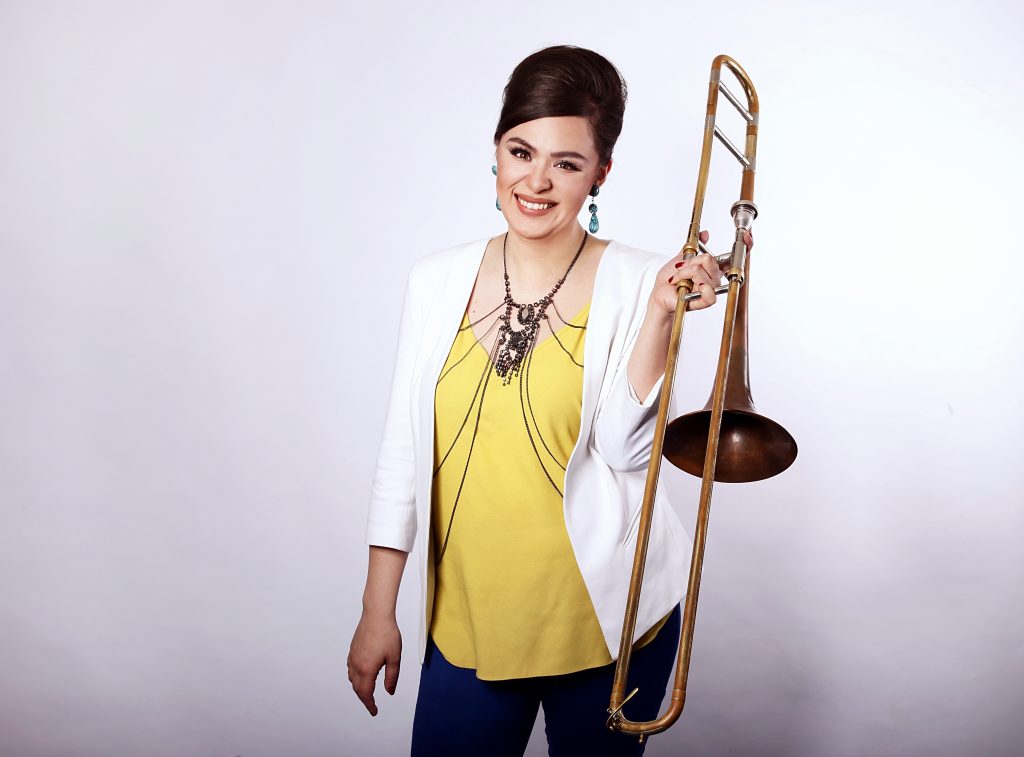 A rising star on the Canadian jazz scene, classically trained trombonist Audrey Ochoa has found a home in composing her own tunes that often have a Latin feel and definitely convey her sense of humor. Trombone and Other Delights, her debut album, was released in 2013 and spent consecutive weeks as the number one jazz album on the Earshot charts. After Thought, her follow-up album released earlier this year, is an extension of her compositional skill and talent on the instruments and includes collaborations with electronica artist Battery Poacher. 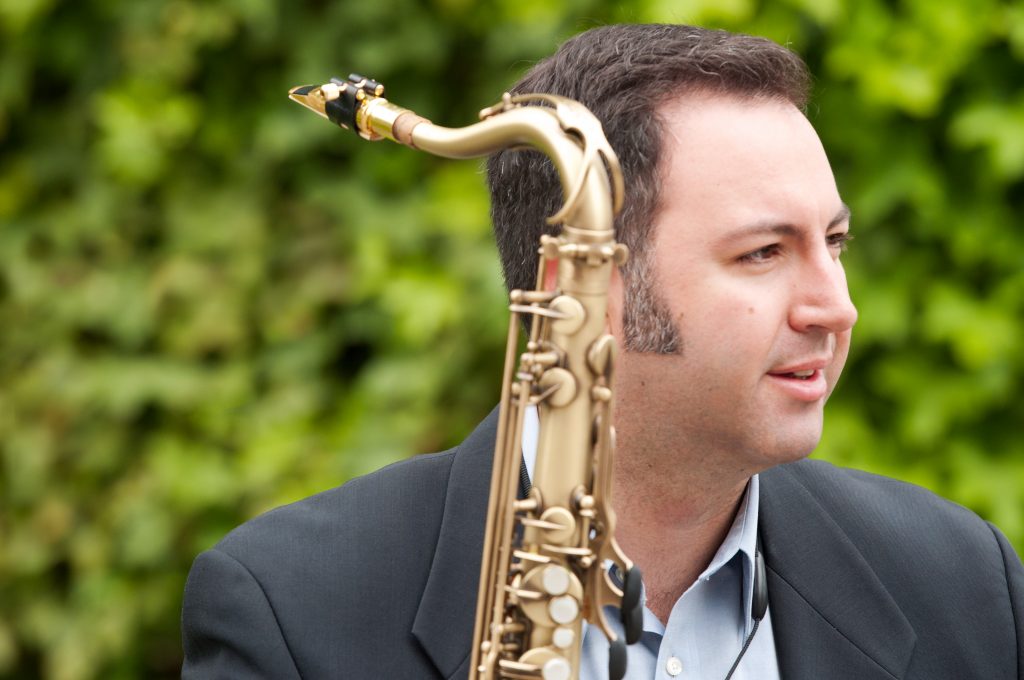 Keith O’Rourke finished his studies as a classical musician before setting his sights on becoming an exceptional jazz saxophonist. In the years since, he’s attended the Banff International Workshop and studied privately with such greats as Pat LaBarbera, Al Kay, Kirk Macdonald, and more. Sketches from the Road is comprised of all original compositions, some firmly rooted in the jazz traditions, other inspired by contemporary, odd-meter, and ECM. All were influenced by O’Rourke’s many travels, performing and exploring the world, from places such as China, Egypt, and New Orleans. Sketches from the Road is a semi-autibiographical look into his experiences and influences within music and his naturally curious outlook on life as a whole. 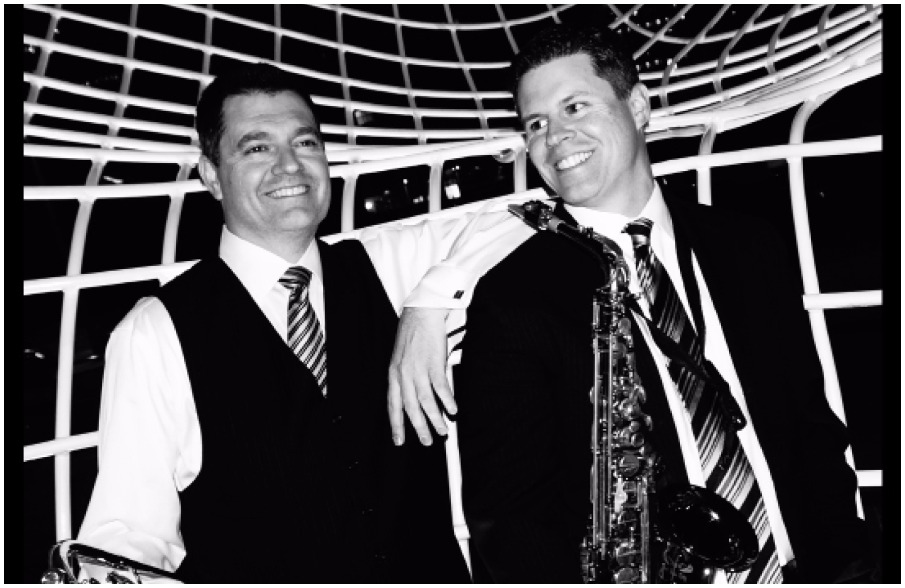 Brandon Oberhamer is a big band leader, instructor and freelancer in Calgary, Alberta; his brother Doug is a multi-instrumentalist and musical director on Broadway, New York City. They joined forces to create their debut smooth jazz album, Together Again! (mixed and mastered by Doug). From the beautiful melodies of the soprano sax “Let Me Make It Up to You,” the chill lounge feel of “I See You There,” to the high-flying grooves of “Your Love,” the collection offers a great listening experience from beginning to end. The first single, “Morning Mist,” featuring an interplay between the brothers on trumpet and alto sax, was released to U.S. smooth jazz radio on March 20. 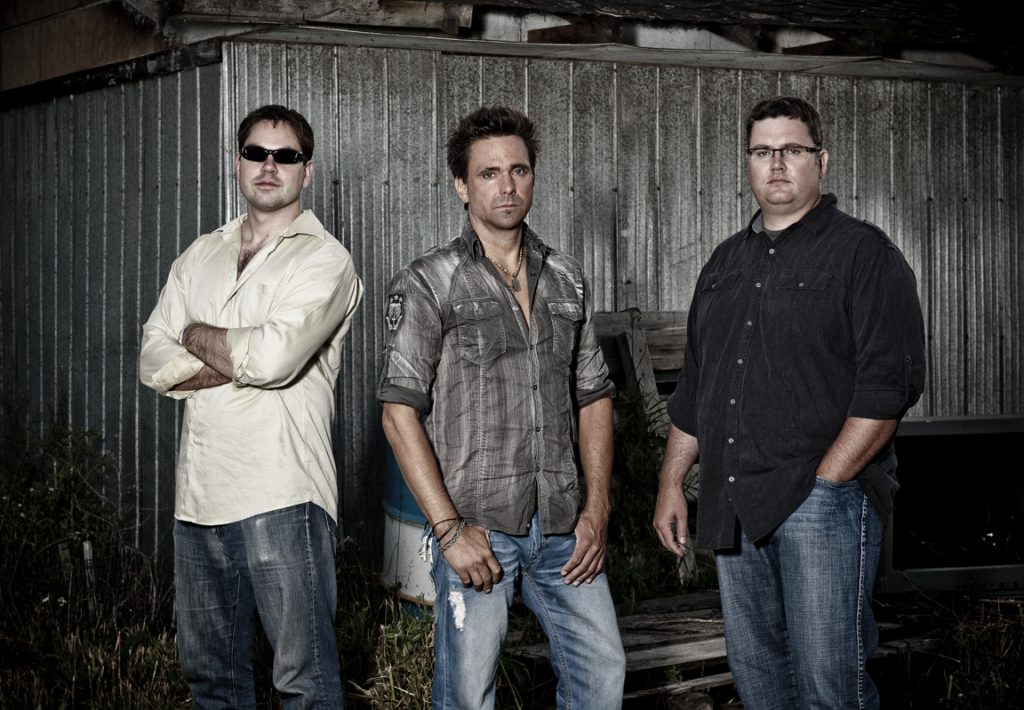 Formed by bassist Kodi Hutchinson and pianist/composer Chris Andrew, the Hutchinson Andrew Trio (or HAT), which includes drummer Karl Schwonik, is a prominent and award-winning force on the Canadian and North American jazz scene. HAT began working with the Lily String Quartet, an accomplished Canadian chamber music ensemble, in 2013, using the name HAT Lily. The partnership comes into full bloom on Hollow Trees, released last year. Written by Andrew for a seven-piece group, Hollow Trees is a collection that incorporates elements of classical composition and performance to create music of unprecedented depth. “In this era of a la carte music purchasing, we’re asking a bit more from the listener,” Hutchinson says. “This album is a story. We’re hoping people will take the time to listen.” 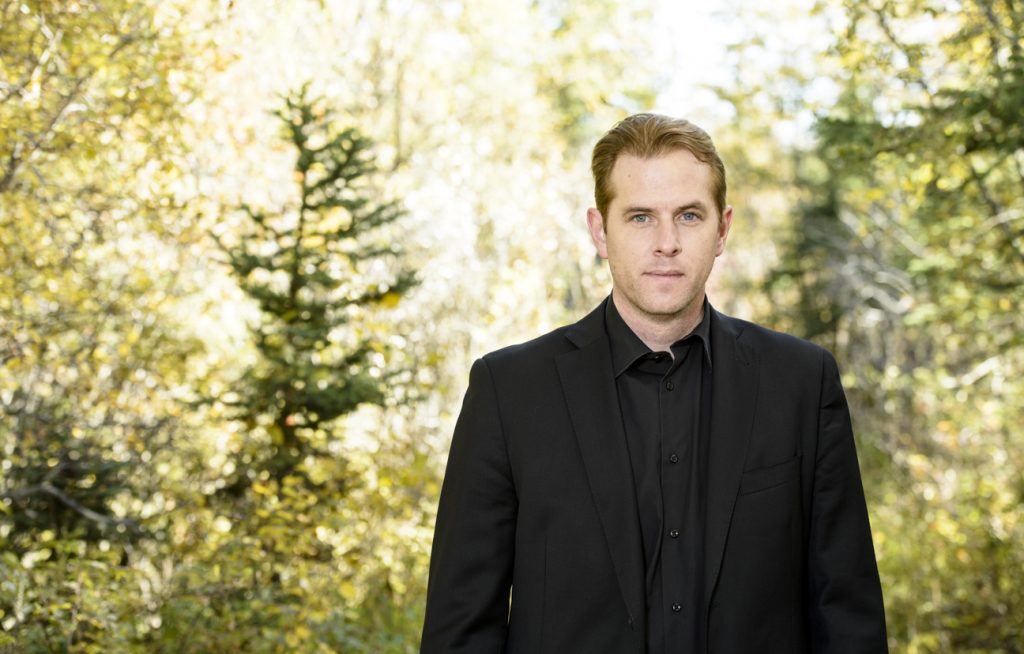 Drummer, composer, and arranger Typer Hornby grew up in Alberta, Canada, and encountered jazz early, living in a house that doubled as a rehearsal space for his guitar-playing father, his bass-playing brother, and big band singer grandmother. He started drumming at the age of ten, honed his artistry in local big bands and experimental jazz combos, and has blossomed into one of Canada’s most innovative and sought-after drummers. His latest album (his fourth solo release), Launch, came out early in 2015 and focuses on hard-driving, polyrhythmic, original compositions that highlight and explore the jazz quartet configuration, combining catchy melodies with a contemporary rhythm section and creating multiple soundscapes and textures.