Listen to Handmade Moments’ Take on a Blondie Classic Feat. Cyrille Aimée: Handmade Moments released their take on Blondie’s 1980 hit song “The Tide Is High,” featuring French vocalist Cyrille Aimée, today. Handmade Moments is a duo made up of multi-instrumentalists Anna Moss and Joel Ludford, and this version of “The Tide Is High” will be included on their upcoming collection of covers titled Number Ones, due out November 1. While this single is officially released today, Moss and Ludford premiered it live earlier this year amid a workers’ protest at Rainforest Café, on the Canadian side of Niagara Falls and performed it with a collective group of workers singing in solidarity. Number Ones also features interpretations of songs by artists such as James Brown, Bill Withers, Aaliyah, Erykah Badu and many more.

Deborah Silver and Freddy Cole Celebrate Nat King Cole with New Single: Jazz singer Deborah Silver and crooner/pianist Freddy Cole released their duet single, “Orange Colored Sky,” as part of the centennial birthday commemorations of Freddy’s late brother Nat King Cole, who first recorded it at Capitol Studios in 1950. While Silver and Cole have been friends for several years, this new single marks their first recorded duet together. Their version of “Orange Colored Sky” was recorded at Sunset Sound Studios, produced by Steve Tyrell and arranged by Alan Broadbent. You can find out more about it in a behind-the-scenes video via the player below.

Kyle Eastwood Announces New Cinematic Album: Bassist Kyle Eastwood will release his new album, Cinematic, on November 9 via Jazz Village. The LP features him performing famous movie themes alongside an all-British band made up of pianist Andrew McCormack, trumpeter Quentin Collins, saxophonist Brandon Allen and drummer Chris Higginbottom, as well as vocalists Hugh Coltman and Camille Bertault. Tracks featured on Cinematic include takes on music from his father Clint Eastwood’s movies Unforgiven and Gran Torino, plus compositions by Ennio Morricone, Henry Mancini and Bernard Hermann, among others. Watch the new album presentation video via the player below to find out more about Cinematic.

New Buster Williams Doc to Premiere in New York City: DOC NYC, America’s largest documentary festival, is set to host the world premiere of a new film about bass legend Buster Williams. The film is titled Buster Williams: Bass to Infinity and it is directed by Adam Kahan. It features Williams sharing stories of playing with jazz greats from John Coltrane to Thelonious Monk to Miles Davis while creating beautiful music with today’s jazz icons. The film is set to premiere in the Sonic Cinema Strand of DOC NYC, which is a section that presents documentaries about music. The premiere screening will take place on November 12 and will be followed by a second screening on November 14, both at the IFC Center in Greenwich Village. 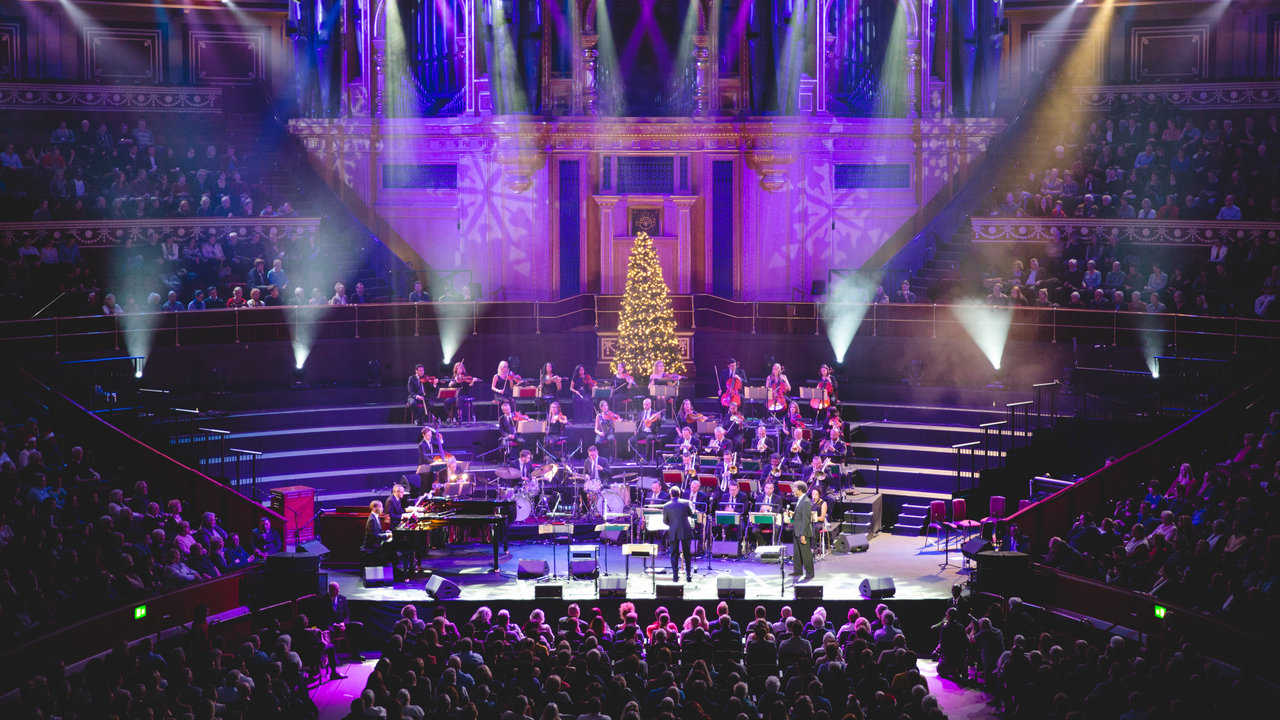 ECM Records at 50 Celebration at the Rose Theater: Jazz at Lincoln Center will welcome an all-star lineup of ECM Recording artists to the Rose Theater in New York on November 1-2 for a pair of concerts celebrating ECM Records’ 50th birthday. Artists due to appear include Jack DeJohnette, Egberto Gismonti, Vijay Iyer, Enrico Rava and many more. ECM is an independent record label that was founded by Karl Egger, Manfred Eicher and Manfred Scheffner in Munich, Germany, in 1969. 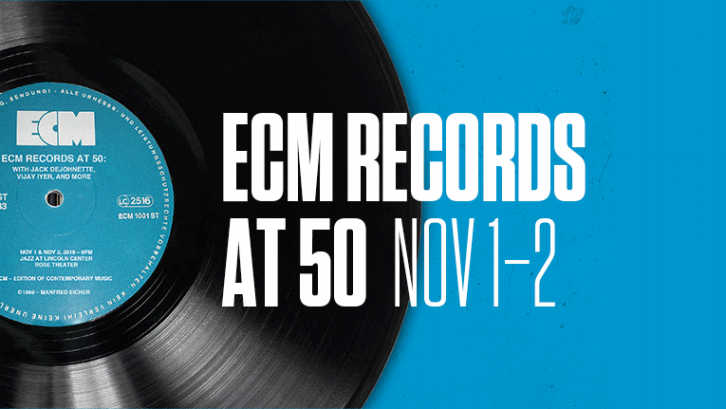 2019 Sarah Vaughan International Jazz Vocal Competition Finalists Announced: The 2019 finalists of the prestigious Sarah Vaughan International Jazz Vocal Competition have been announced. They are Vivian Sessoms, Viktorija Gečytė, Samsara McLendon, Daniela Spalletta and Christine Fawson. The five finalists will perform before a panel of judges on November 24 at the TD James Moody Jazz Festival at Newark’s New Jersey Performing Arts Center. The grand prize winner will receive a $5,000 cash prize plus a performance slot at the 2020 Newport Jazz Festival. 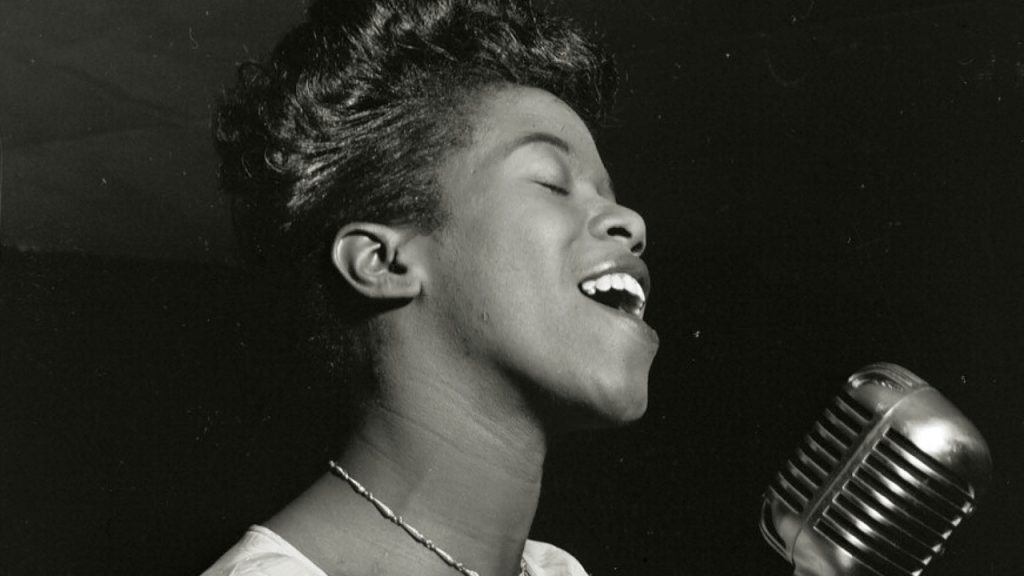 Singer/songwriter Carmen Lundy takes the listener on a musical journey that traverses a multitude of cultures, emotions and generations on her new album, Modern Ancestors, which is both rooted in the present and inspired by the pillars of jazz. Modern Ancestors is a collection of ten brand-new songs, which Lundy both wrote and arranged, released via her own Afrasia imprint. Whether singing about love, life struggles or commenting on the lack of a presence of jazz music on television, she interprets each one of her creations with her powerfully expressive voice and alongside a stellar band that includes her brother Curtis Lundy on upright acoustic bass.

Hungarian-born pianist/composer Laszlo Gardony has very precise ideas about performing music in front of an audience. “What you are performing, what you are bringing into focus, is the moment,” he explains via a press release. “What you play hao sound alive, and that requires a careful reading of the moment. That’s what makes jazz stand apart from any other genre.” His latest album, La Marseillaise, is a showcase of this concept. This new LP captures his celebrated unaccompanied piano skills via readings of composed pieces – including the French national anthem – and two spontaneously created pieces. La Marseillaise is Gardony’s third solo piano outing in seven years and captures a performance from the 2019 Keys Fest at Berklee College of Music.

Grammy and Emmy-winning musician/actor Harry Connick Jr.’s new album is a celebration of the monumental legacy of Cole Porter, one of the best composers of the Great American Songbook. On True Love, Connick also highlights his talents as a pianist, singer, arranger, orchestrator and conductor, as he breathes new life into such popular and beloved songs as “Anything Goes,” “You Do Something to Me” and “Just One of Those Things.” “This is the first time I’ve taken a deep dive into another artist’s repertoire,” Connick says via a press release, “and Cole Porter was my #1 choice for the project. His lyrics are witty and nuanced and he takes risks as a composer that I find appealing.”