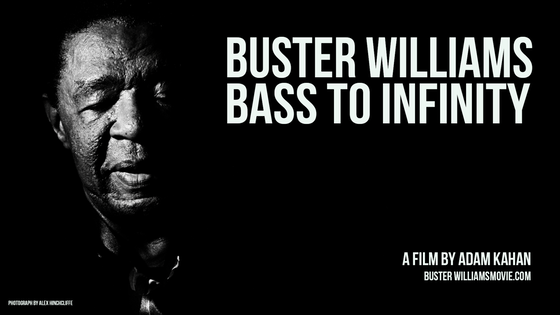 Filmmaker Adam Kahan is raising funds on Kickstarter to complete his latest film, Buster Williams Bass to Infinity. The documentary will be about bassist Buster Williams, who, throughout his career, played with many jazz greats, including Sarah Vaughan, Miles Davis, Art Blakey, Nancy Wilson, and Rahsaan Roland Kirk.

The film will feature Williams telling stories from his life and the lives of other great jazz musicians, and playing with some of the greatest living contributors to jazz, including Benny Golson, Herbie Hancock, Christian McBride, and Kenny Barron.

Watch the trailer of Buster Williams Bass to Infinity below:

Kahan hopes to raise $20,000 on Kickstarter. The entirety of the film has been shot and the money raised through Kickstarter will go towards the completion of its editing process.

“These stories need to be told, not only because they are great cultural contributions, but because they are beautiful and cool and fun and compelling,” writes Kahan on the page of his Kickstarter campaign. The director and producer previously made The Case of the Three Sided Dream, a documentary on the life of multi-instrumentalist Rahsaan Roland Kirk, which was released in 2014.

For more information, go to https://www.kickstarter.com/projects/1240644855/buster-williams-bass-to-infinity?ref=user_menu Watch an animated excerpt of the film below: