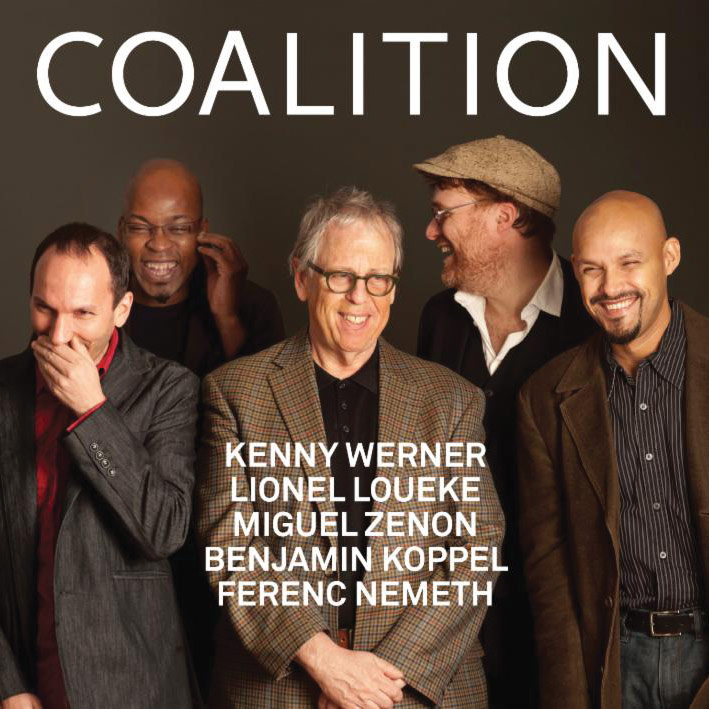 At this stage of his career, it would be easy for Kenny Werner to settle into a comfortable routine. But the pianist-composer is too curious and restless for that. That much is obvious throughout this wonderful record with an international roster of musicians.

Although nominally the leader, it’s clear that Werner chose musicians who would expand his palette by bringing their own inherent sensibilities to the fore. It’s immediately apparent on the opening track, “Phonetics #2 (Folk Dance),” which begins with handclaps and Beninese guitarist/singer Lionel Loueke’s vocalizations. Miguel Zenón, who composed this piece, contributes slinky phrases on alto saxophone on top of a funky, polyrhythmic Caribbean groove that reflects his native Puerto Rico.

A focus on rhythm pervades most of these six pieces. Loueke’s sharp-edged guitar phrases and popping, tongue-clicking vocals, Zenón’s staccato figures, and Werner’s accents on piano and keyboards all have a percussive quality. Loueke contributes “Flying,” which spotlights his overdubbed vocals and highly rhythmic guitar work before segueing into an African-influenced jazz-funk workout that includes a Fender Rhodes solo by Werner.

Even the four Werner originals reflect the influence of his bandmates. The hard-driving “April Blue” and “Tune 4” each exhibit clear Afro-Caribbean roots. The exception, and the most typically Werner-esque piece, is the ballad “Swan Song,” highlighted by a dreamy melody, lush harmonies and Werner’s exquisite unaccompanied solo passage.

That Werner is still exploring new sounds is a testament to his commitment to keep his art fresh and vibrant. That he’s able to execute such an internationally flavored collection so authentically is even more impressive. — John Frederick Moore