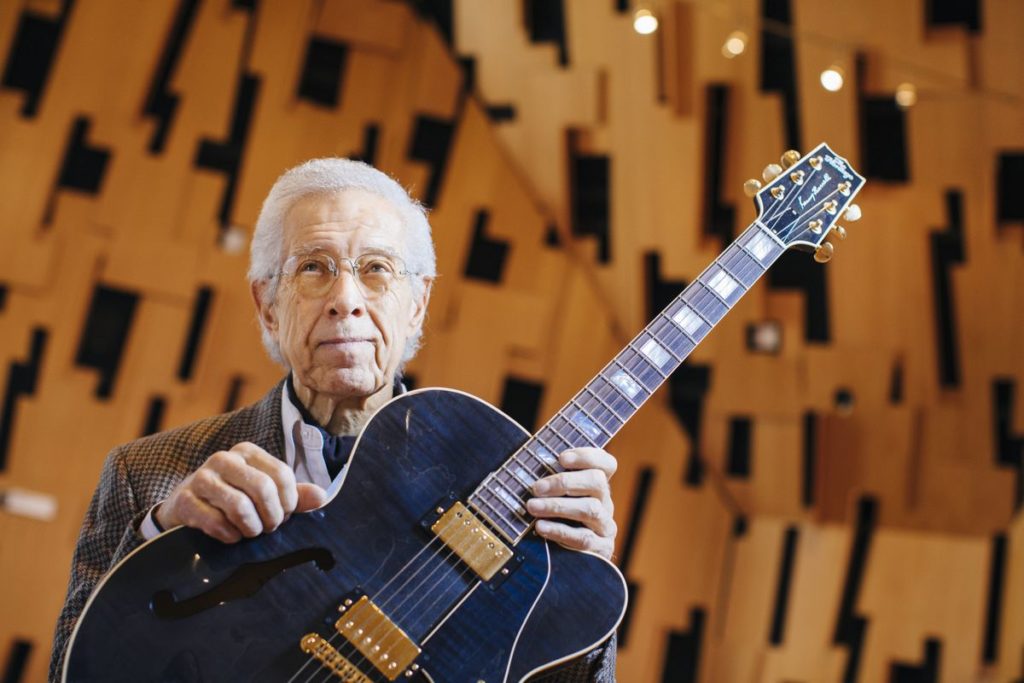 Kenny Burrell, a longtime staple of the Blue Note lineup and a guitarist whose unique brand of jazz was heavily informed by the blues, was born on this day (July 31) in Detroit, Michigan, in 1931. He turns 88 today.

Burrell began recording with trumpet Dizzy Gillespie’s band in 1951, while the guitarist was still a student at Wayne State University in Michigan. After graduating, he caught the attention of pianist Oscar Peterson, who would take him on tour through the late 1950s. In 1956 he linked up with pianist Tommy Flanagan, with whom he would form a fruitful and inventive partnership. Burrell and Flanagan would go on to become two of the most in-demand sidemen of the decade, and their popularity would eventually lead to Burrell recording his first album for Blue Note Records, Introducing Kenny Burrell, in 1956. A year later, he would enter the studio to lay down his best-known album, Midnight Blue, featuring saxophonist Stanley Turrentine. Our song of the day is the title track, a quintessential Burrell composition featuring a sturdy blues backbone and a chugging groove.

Burrell’s career as a guitarist has been marked by indelible partnerships with some of jazz’s biggest names, including John Coltrane, Billie Holiday and Gil Evans. An advocate of jazz education, Burrell is also a leading expert on the music of Duke Ellington, and for years taught an Ellingtonia course at the University of California Los Angeles, where he serves as the Director of Jazz Studies for at the UCLA Herb Alpert School of Music. Happy Birthday to a living jazz legend.