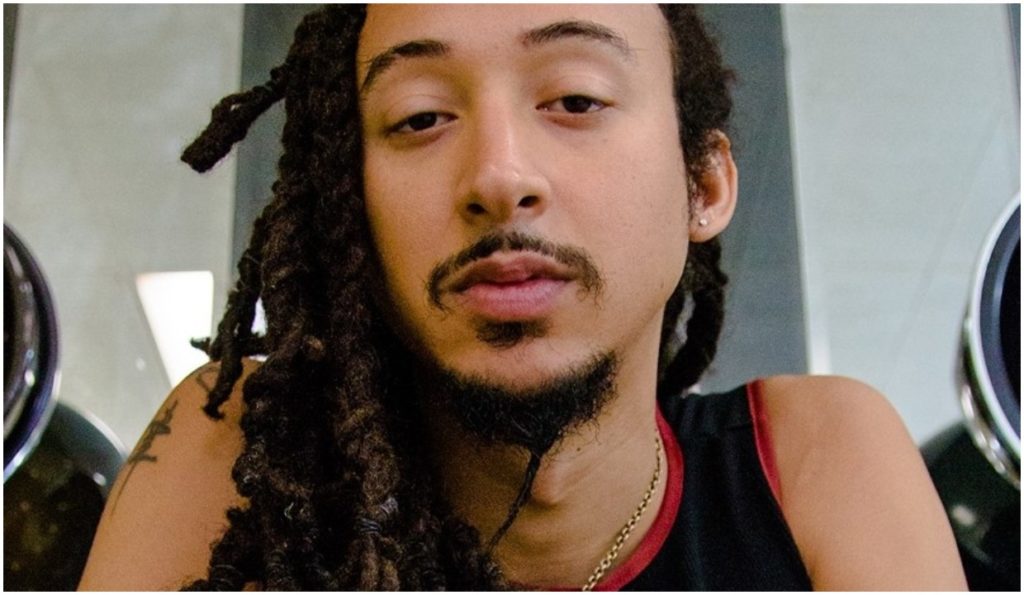 New Miles Davis Picture Book Presentation: Author Kathleen Cornell Berman will present her newly-released picture book, Birth of the Cool: How Jazz Great Miles Davis Found His Sound at New York City’s Revolution Books on May 18. Presented in the form of a children’s book, Birth of the Cool focuses on the people, music and experiences that shaped the trumpet legend’s sound. It also uses free verse poetry to take readers through his journey from childhood to the Newport Jazz Festival stage. Illustrator Keith Henry Brown will also be at the event. 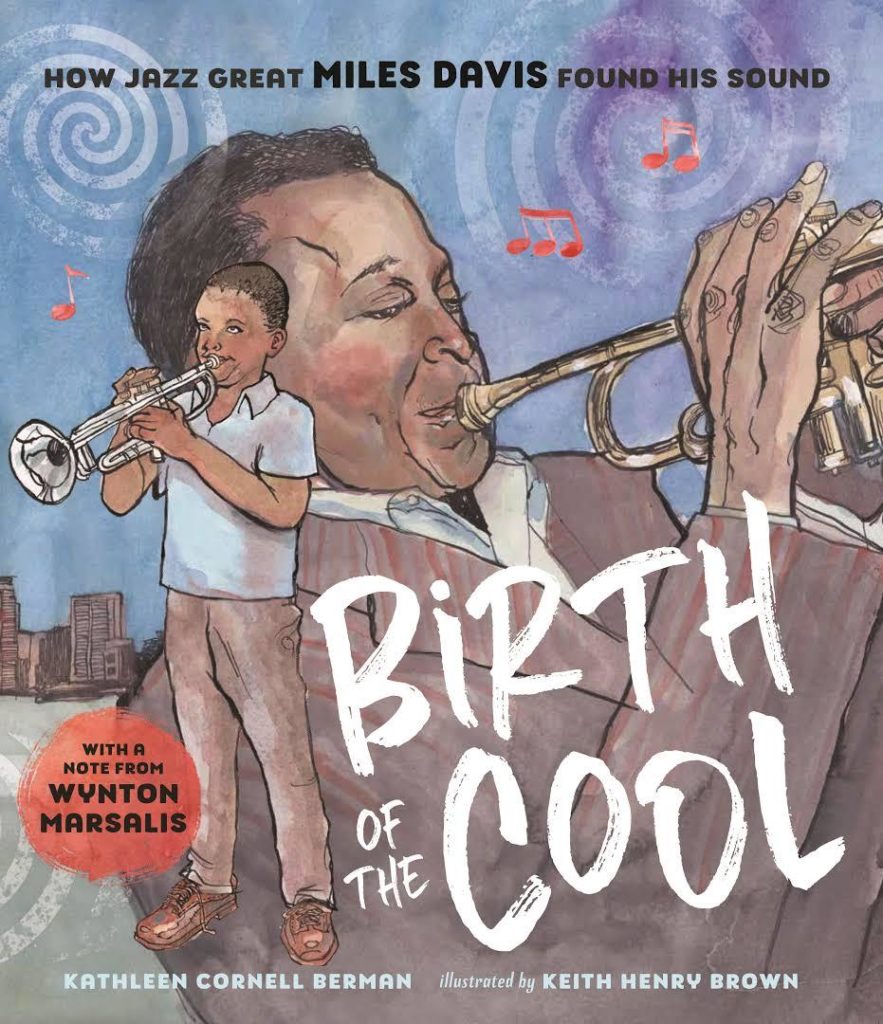 New Deluxe Limited Edition of Shaft Soundtrack Out Soon: Craft Recordings will release a new deluxe reissue of Isaac Hayes’ Grammy Award-winning album, Shaft, on June 14th, limited to 5000 copies worldwide. The 2xCD collection will offer the newly remastered classic soundtrack, plus all the original music from the film that did not appear on the original 1971 LP. It also comes with in-depth liner notes from Ahmir “Questlove” Thompson. A single-disc version consisting of only the remastered soundtrack will also be available.

Marcos Valle Announced New Album: Brazilian singer/songwriter Marcos Valle has announced today the June 28 release of his new album, Sempre, via Far Out Recordings. The forthcoming LP finds him drawing on late ’70s funk, cosmic samba and late-night jazz-funk to update his boogie-era sound. Valle has also shared his new single “Alma,” which you can stream via the player below. He tells JAZZIZ that “‘Alma’ translates as ‘soul,’ and the song tells the story of a meeting… We have many meetings in life, and often they can be menial or unimportant, and so we forget about them! But ‘Alma’ tells the story of a meeting of great importance, a meeting full of meaning, a meeting of two souls.”

Previously Unreleased Sounds of Liberation LP Out Soon: Dogtown Records announced the first-ever release of a long-lost 1973 session by Philadelphia jazz group/activist collective Sounds of Liberation on vinyl. Unreleased [Columbia University 1973] is out on July 17, in collaboration with Brewerytown Beats Records. Several of the group’s original members will be performing a concert at Philadelphia’s Union Transfer on June 13, opening for Marshall Allen and the Sun Ra Arkestra.

Paquito D’Rivera at Jazz Forum Arts This Weekend: The Paquito D’Rivera returns to the Jazz Forum in Tarrytown, New York, on May 17 and 18. The iconic Cuban-American clarinet and saxophone virtuoso, and winner of 14 Grammy Awards, will be performing alongside pianist Manuel Valera, drummer Eric Doob, trumpeter/trombonist Diego Urcola and bassist Hamish Smith.

Keyon Harrold and Darius X Moreno Pay Tribute to Miles Davis: Trumpeter Keyon Harrold and artists Darius X Moreno will join forces for a creative tribute to jazz legend Miles Davis at Apple Williamsburg in Brooklyn, New York, on May 21. The two artists will share how Davis influenced their creative journeys. After this, Harrold and his band will perform a set, while Moreno will lead a hands-on illustration project, where the audience will be using an iPad and Apple Pencil to create drawings inspired by their music. Both artists have recently worked on Miles Davis projects: Harrold worked on Miles Ahead, the 2015 Don Cheadle-directed film inspired by the trumpet legend, and Moreno was recently commissioned by UMe to create the art to the remastered LP, Birth of the Cool. 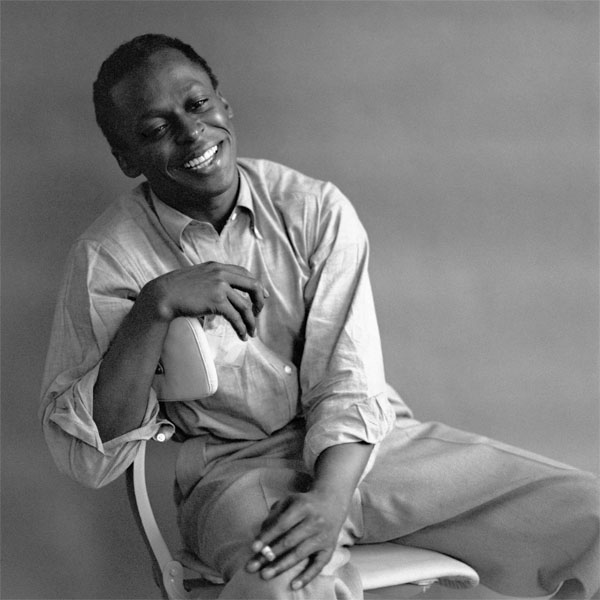 Lionel Loueke and Raul Midón Touring Together in June: Singers/songwriters/guitarists Raul Midón and Lionel Loueke will be touring together this summer, demonstrating their creative synergy on a tour across North America that kicks off in Florida on June 15, and finishes in Montreal, Canada, on June 30. “I’m excited to be working with Lionel Loueke, a musician blessed with unparalleled skill and boundless creative imagination. We will make music with no limits,” says Midón. “I am so excited and so looking forward to playing with Raul Midón and to explore other musical territories without any boundaries. Raul is an inspiring musician both on guitar and voice,” says Lionel Loueke. 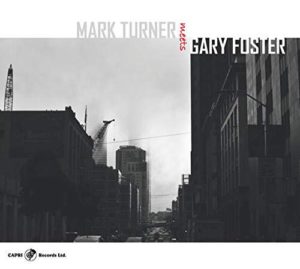 Saxophonist Gary Foster and Mark Turner join forces on the new, live 2xCD set titled Mark Turner Meets Gary Foster. Despite their nearly-40-year age difference, they share common ground over their shared common musical influences, free to explore ideas within a chordless quartet. Supported by bassist Putter Smith and drummer Joe LaBarbera, Turner (on tenor) and Foster (on alto) delve into a program of standards and new interpretations of the compositions of some of their heroes, including Lee Konitz, Warne Marsh and Lennie Tristano. 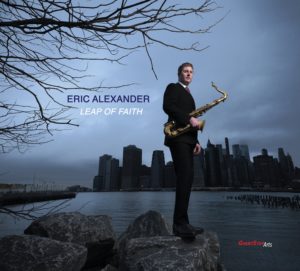 Saxophonist Eric Alexander departs from his usual brand of music and takes a plunge into the unknown on his aptly titled new LP, Leap of Faith. The album finds him playing in a chordless trio, something he had rarely done before, supported by bassist Doug Weiss and drummer Jonathan Blake. Leap of Faith, recorded live at New York’s Jazz Gallery, is also Alexander’s first album consisting solely of his own original tunes and is out via the artist-focused, non-profit Giant Step Arts, led by noted photographer and recording engineer Jimmy Katz. 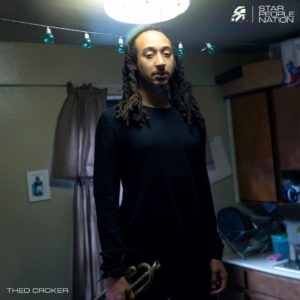 Trumpeter/composer Theo Croker is known for his blend of contemporary beats and jazz tradition. Star People Nation is an intimate exploration of the everyday rituals of blackness and, he says, “a self-reflective collection of provocative, powerfully passionate and boundary-busting compositions that speak to our greater, shared human existence.” Arguably his most personal release to date, Star People Nation features Croker at the helm of production, songwriting and performance, placing his horn front and center of a project that has taken him 18 months to complete, performing a unique brand of “black music” that it has taken him a lifetime to perfect.