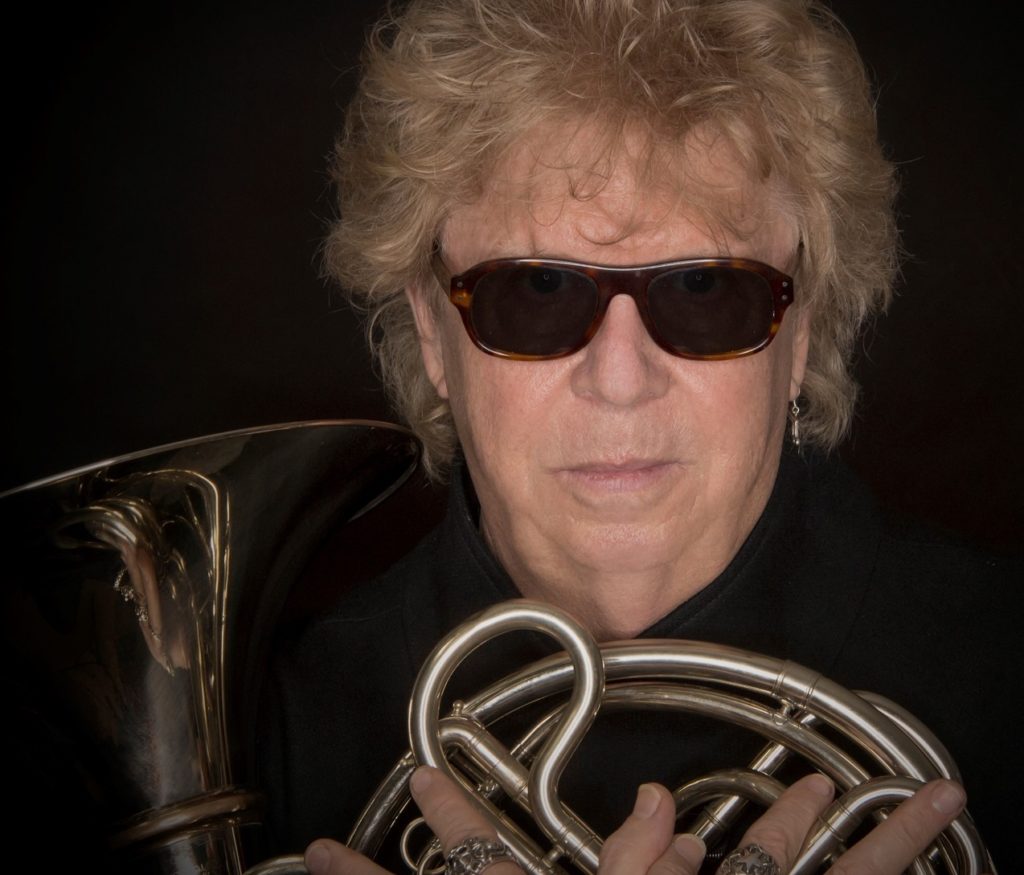 Ken Wiley is a French horn player, composer and producer with a long and varied musical career. A graduate of the Manhattan School of Music in New York, he is now considered one of the top studio musicians in Los Angeles, and his impressive career highlights include appearances with Charlie Haden’s Liberation Music Orchestra and the Charlie Rouse Quintet. He’s also performed alongside bassists John Patitucci and Jimmy Johnson, as well as with guitarists Mike Miller and Grant Geissman.

One of the most sought-after French horn players in L.A.’s competitive film and television scene, Wiley has contributed to the soundtracks for Family Guy, The Cleveland Show and American Dad. He’s also been featured on some of the most noteworthy pop records of the past decade, including Infinity on High by Fallout Boy and The Sound of White by Missy Higgins. As one of the few French horn players in jazz, Wiley has created a distinct personality on his instrument, with a style that blends classical and jazz influences with seamless efficiency. (“It’s a beautiful sounding instrument,” Wiley says of the French horn’s scarcity in jazz, “but it’s very difficult to play.”) Still, Wiley makes it look easy on the four previous albums in his discography, beginning with 1986’s Visage and continuing through Jazz Horn Redux (2014), Highbridge Park (2016) and last year’s Urban Horn Project.

Wiley’s latest album, Cuerno Exotica, reflects his growing interest in Latin jazz, a passion that began during his days as a student living in uptown Manhattan. With arrangements by multi-instrumentalist Dan Higgins, the album is a captivating collection of originals and covers that, while beautifully orchestrated and intricately composed, still manages to swing hard and stir emotions.

“Boléro,” today’s Song of the Day, is Wiley’s take on the Maurice Ravel masterpiece of the same name. And while Wiley’s version is full of jazz colorations and rhythmic fireworks, the composition of the tune presented some challenges: “The original piece of music is over 15 minutes long,” said Wiley, “and Dan Higgins had to compress all that energy down into a song that was roughly 5 minutes. It’s amazing that he was able to do it.” Fans of both classical music and jazz will appreciate the tonal richness of Wiley’s horn playing and the elegance of his improvised solos, not to mention the scintillating montuno groove that gives the tune its spark.

For more info on the album, check out Ken’s “Making of Cuerno Exotica” video filmed live at Capitol Studios in L.A.