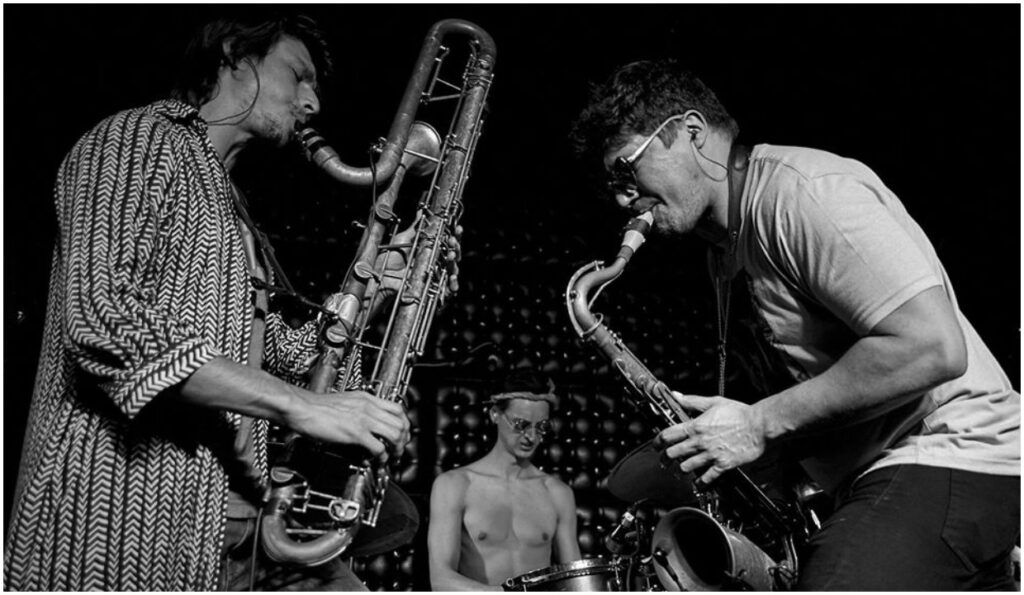 Craft Recordings Launches Prestige 70 Podcast: Craft Recordings has announced the launch of its very first podcast, Prestige 70. This is a limited series that salutes the legacy and spirit of Prestige Records via conversations between acclaimed musicians, composers and producers, and is produced as part of the Prestige Records’ 70th-anniversary celebrations.  The first podcast is now available and new episodes will be dropping every Tuesday. 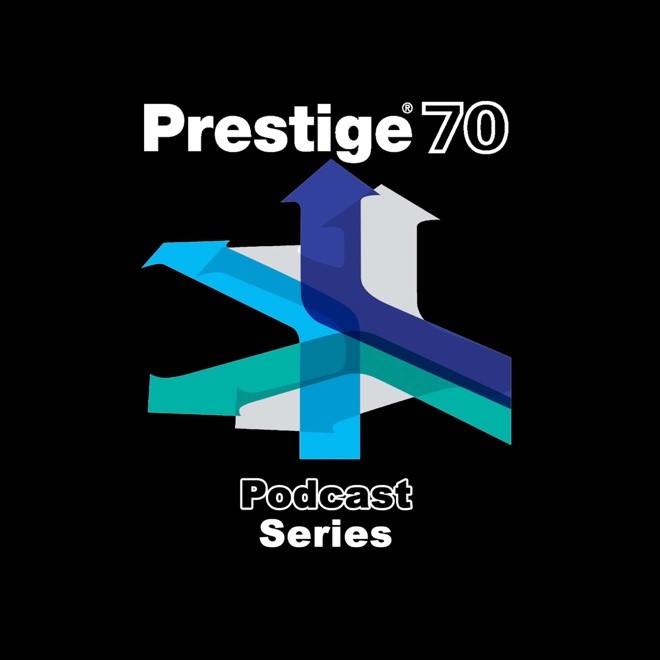 New Buddy Rich Biography Out Now: Swedish Pelle Berglund wrote a new Buddy Rich biography, titled Buddy Rich: One of a Kind. The book is out now via Hudson Music and it is the result of Berglund’s several years’ research, offering a comprehensive and exhaustive accounting of the American drum legend’s life and career. Buddy Rich: One of a Kind also features a foreword written by drummer Max Weinberg of the E-Street Band fame plus unique, previously unreleased photographs. 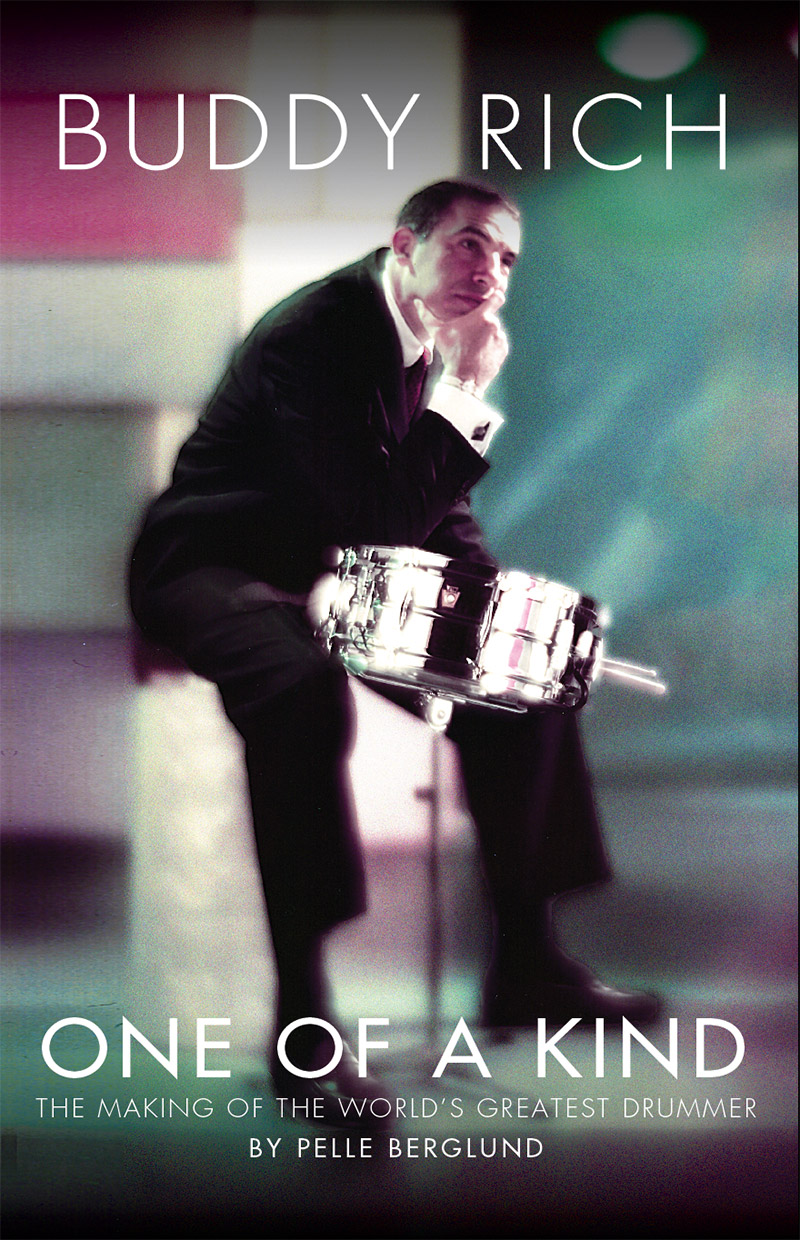 Soundies to Premiere on The Film Detective: Film streaming service The Film Detective (TDF) will be making a number of films available via its platform this month. Planned events include the launch of a brand new series showcasing “soundies,” including one starring jazz pianist/vocalist Una Mae Carlisle. “Soundies” were early incarnations of music videos popularized between 1940 and 1947, made available through projection machines known as “Panorams,” or video jukeboxes. 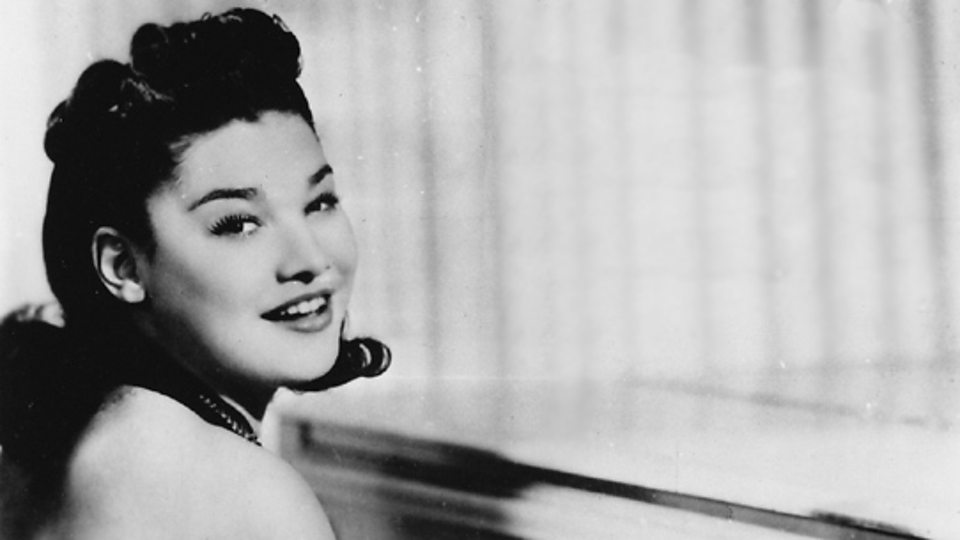 Vocalist Laura Noejovich Releases Debut Album: Vocalist Laura Noejovich released her debut recording, Laura Has New Standards, on November 2 via Enchanted Meadow. Here, she interprets well-worn standards and classics alongside pianist Takeshi Asai. Together, they perform 14 tracks, including The Beatles’ “The Fool on the Hill,” George Gershwin’s “Someone to Watch Over Me,” Judy Garland’s signature song “Somewhere Over the Rainbow” and the beloved Disney tune “When You Wish Upon a Star,” among others.

Keith Jarrett Releases New Solo Piano LP: Keith Jarrett’s latest entry in a long line of celebrates solo piano records, Munich 2016, is out now via ECM. The LP was recorded at Munich’s Philharmonie on July 16, 2016. The concert took place on the last night of a European tour in front of an appreciative and attentive audience. It has also been one of Jarrett’s last live appearances. Find out more about Munich 2016 via the album teaser below.

Moon Hooch Announce New Album and Winter 2020 Tour Dates: Moon Hooch, the explosive Brooklyn-based band made up of saxophonists Wenzl McGowan and Mike Wilbur, has shared the video for “Candlelight,” the first single from their upcoming studio album Life On Other Planets, due out January 10. The album showcases the band’s energetic mix of jazz, punk, funk, EDM and more via a series of tracks recorded in single-take performances that bottle up the energy of their live sets. Moon Hooch will be touring extensively in 2020 in support of Life On Other Planets and have announced 20 U.S. shows blanketing the East Coast through January and February. These will be followed by a 14-date European run in March and April with stops in the Czech Republic, France, Belgium and Switzerland.

Roger Kellaway Celebrates 80th Birthday with Special Concert in Studio City, CA: Pianist/composer Roger Kellaway will celebrate his 80th birthday with a special concert at Feinstein’s at Vitello’s in Studio City, California, on November 29. He will be performing with his trio, alongside guitarist Bruce Forman and bassist John Clayton. Kellaway recently released his new album, The Many Open Minds of Roger Kellaway, via IPO Recordings. The album was recorded live at Los Angeles’ Jazz Bakery and features him reinterpreting standards at his best alongside Forman and bassist Dan Lutz.

Stephane Wrembel to Debut New Album Live in New York: Guitarist Stephane Wrembel is set to perform a U.S. debut concert for his latest album, Django L’Impressionniste on November 21 at FIAF Florence Guild Hall, New York. Django L’Impressionniste was released on October 18 and unearths the impressionist side of the Gypsy Jazz legend Django Reinhardt by debuting 17 of the guitarist’s little-known solo guitar compositions influenced by Ravel and Debussy. The album took Wrembel three years to make and is billed as the first modern collection of “classical” Django.

Wallace Rooney Will Kick Off European Tour This Saturday: World-renowned trumpeter Wallace Roney will kick off his extensive European in Burghausen, Germany, on Saturday, November 9, with an 8 p.m. performance at Mautner Castle. The tour follows the summer release of his latest album, Blue Dawn – Blue Nights (HighNote) and will see him in Germany, Spain, France and Romania. Saxophonists Emilio Modeste and Gary Bartz, pianist Oscar Williams II, bassists Paul Cuffari and drummers Curtis Allen and Malick Koly will join him along the way.

NYC Festival Celebrates Choro on November 13: The 5th Annual International Choro Festival, presented by the Brazilian Music Foundation, will take place in the Opera Center America in New York City on November 13. The festival celebrates Choro, a fast, happy and virtuosic music with jazz roots from Brazil. This year, its lineup will also celebrate Samba-Choro, a musical subgenre that fused elements of samba with choro and emerged in the 1930s, with a lineup of very talented musicians both local and from other cities in the U.S. as well as a variety of interesting performances.

Suncoast Jazz Festival Announces Lineup: The 29th Suncoast Jazz Festival is scheduled to perform on Clearwater Beach, Florida, on November 22-25. With this year’s edition, the festival continues to expand its offerings from traditional jazz to include Brazilian music, swing, big band zydeco, Cajun and some rockabilly. Around 80 artists are scheduled to perform across the festival’s five indoor venues from morning to late evening. The lineup includes artists such as Jason Marsalis, Nate Najar, James Suggs, Adrian Cunningham, Wycliffe Gordon and many more from the local, national and international stage.

Veteran trumpeter/composer Dave Douglas formed a new multi-generational ensemble to take action for social and political issues he feels strongly about. Engage features saxophonist Anna Webber, cellist Tomeka Reid, guitarist Jeff Parker, bassist Nick Dunston and drummer Kate Gentile. The band makes its debut on this eponymous album. Each track presented in it feels like a call to action, inspired by the optimism generated by the opposition to the political toxicity of recent times. This optimism is reflected in the compositions themselves – each of which was built out of major triad – and in the collaborative spirit of the band.

Richie Goods and The Goods Project, My Left Hand Man: A Tribute to Mulgrew Miller (RichMan)

On My Left Hand Man, Richie Goods celebrates the legacy and compositional talents of his late mentor, Mulgrew Miller, with whom he toured and recorded for nine fruitful years. He explains via a press release that despite his initial reluctance, “I started listening to a ton of [his] music and realized there was so much of his music that would fit into what I do with my band if I just tweak some of the grooves.” The album features interpreting a program of compositions by the much-missed piano greats on acoustic and electric bass, along with his band The Goods Project and notable guests. Shedrick Mitchell and Mike King take turns on Mulgrew’s vacant piano bench.

Kyle Eastwood first studied film before establishing his own career in music as an acclaimed bassist. On his new album, Cinematic, he returns to the world of film for inspiration, as he offers his own interpretation of movie themes. Some of the tracks on the album are themes from the films of his filmmaker father, Clint – who has a penchant for making sensational music of his own. Others are by such great composers as Ennio Morricone, Bernard Herrmann, Henry Mancini, and more. On Cinematic, Eastwood is backed by an all-British band made up of pianist Andrew McCormack, trumpeter Quentin Collins, saxophonist Brandon Allen and drummer Chris Higginbottom. Also featured on the album are special guest vocalists Hugh Coltman and Camille Bertault.