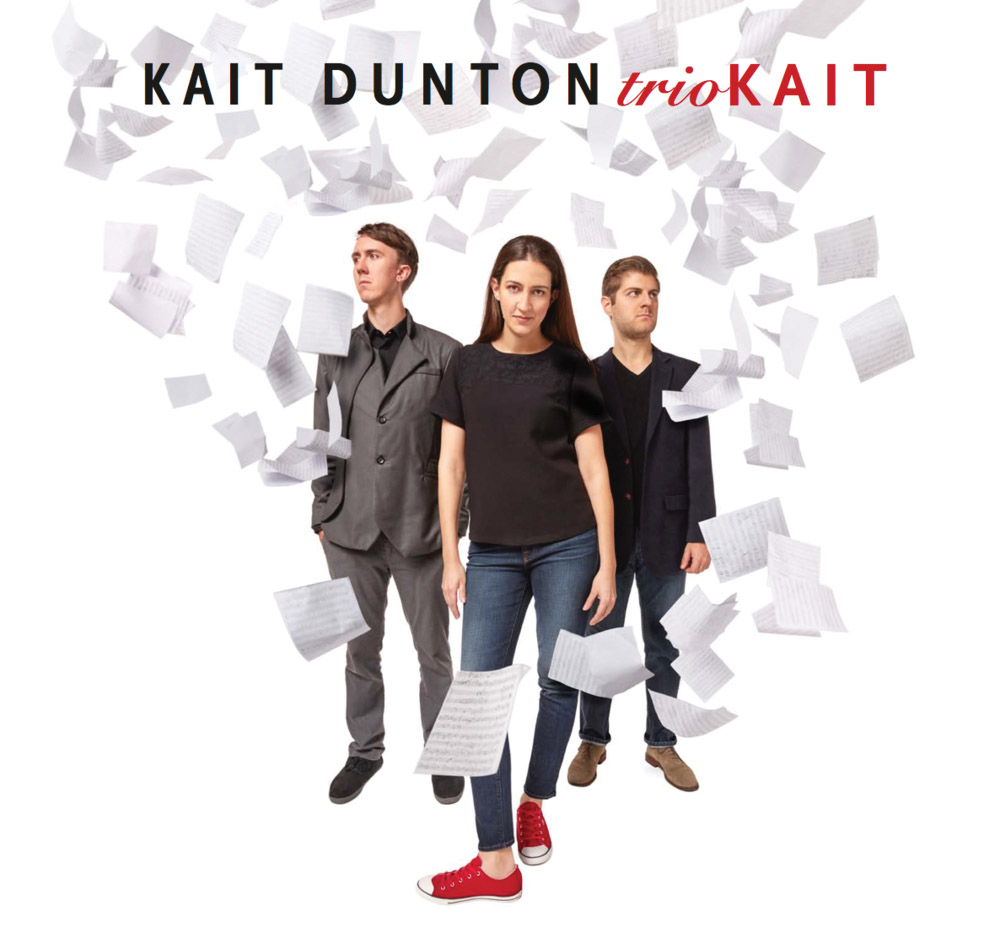 Successive generations of jazz artists have kept the piano trio vital by putting their own spin on the subgenre. Kait Dunton and her rhythmic cohorts do just that on trioKait (Real & Imagined Music), the third release from the 32-year-old Los Angeles-based pianist and composer. Dunton, bassist Cooper Appelt and drummer Jake Reed play with the energy and intensity of their rock influences on Dunton’s richly melodic yet always grooving compositions. Which isn’t to say that they throw out the entire canon of piano-trio jazz, but their playing seems to flow more from the examples of The Bad Plus and Hiromi than, say, Bill Evans or Vince Guaraldi. Dunton can play lyrically and romantically, as she does on the reflective-to-celebrative "Love Lost," included here. While the tune starts out somewhat wistfully, Dunton refuses to be imprisoned by melancholy as she breaks out into sunnier terrain. And with pals to lean on such as Appelt and Reed, both of whom considerably lighten the mood, she’s up and dancing by song’s end.