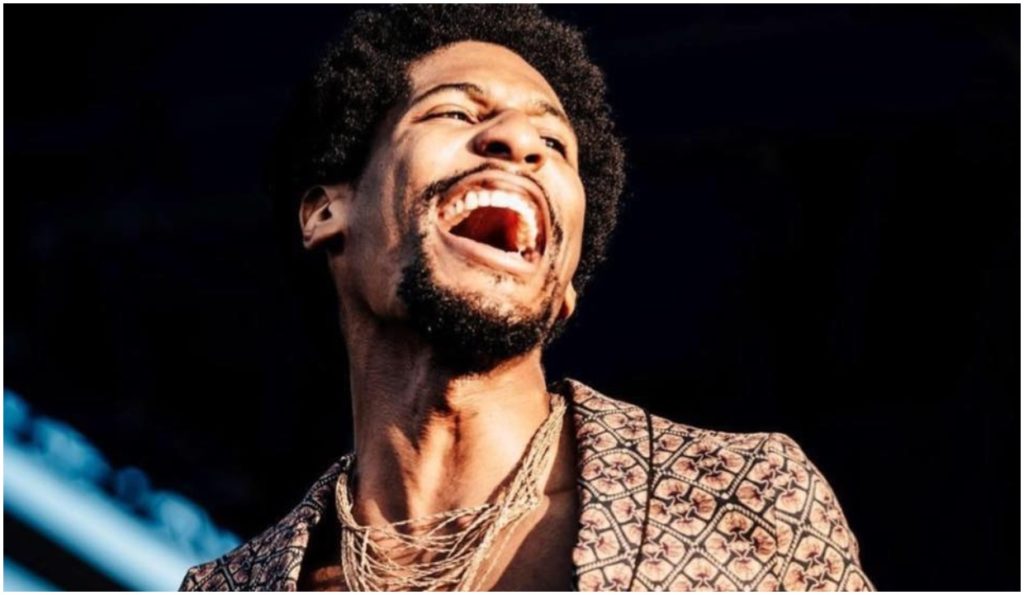 New Jon Batiste Live Album Out Now: Pianist/bandleader Jon Batiste released a new live album, Anatomy of Angels, on August 2 via Verve/UMe. The record documents music from his six-night residency at the historic Village Vanguard in downtown New York City from fall 2018. The selection of songs featured on the LP is mostly comprised of Batiste originals plus covers, plus versions of Ray Noble and Thelonious Monk compositions. The music on Anatomy of Angels is released with no edits or retakes. “It’s a snapshot of live art,” explains Batiste via a press release. “I composed and arranged these songs as vehicles for exploration, to be dissected and put back together.”

New Compilation Celebrates Fania Psychedelic Catalog: Craft Latino released Fania Goes Psychedelic, a 15-song compilation featuring Latin soul and experimental gems from the legendary catalog of Fania Records, the label considered by many to be the Motown of Salsa. The compilation is available now via major streaming and digital platforms and pays tribute to artists like Ray Barreto, Pete Rodriguez, The Lebron Brothers and Eddie Palmieri, who made an indelible mark on the counterculture movement of the mid-late ’60s. Additionally, Fania will be rolling out a selection of new visualizer videos on its YouTube channel in support of the compilation. You can watch the video for Ray Barreto’s “Acid,” the instrumental track from Fania’s 1967 debut album of the same name and opening track of Fania Goes Psychedelic, via the player below.

Strut to Release Definitive Remastered Version of Miriam Makeba Classic LP: Strut Records will release the definitive remastered edition of Miriam Makeba’s Pata Pata on September 2. The album will be available in mono and stereo for the first time on 2xLP, CD, streaming and digital as part of Strut’s Original Masters series. This classic of South African music marked Makeba’s international breakthrough, driven by the success of its title track. Audio for this edition of Pata Pata has been mastered by The Carvery from the original reel to reel tapes.

Led Bib Share Trailer for New Multi-Media Project: London-based modern jazz group Led Bib will release their new album, It’s Morning, on September 27 via RareNoiseRecors. The album also features Sharron Fortnam from the Cardiacs and pianist Elliot Galvin. Led Bib will take this new project on the road via a series of multi-media performances in collaboration with US-based filmmaker Dylan Pecora, who has created a movie to accompany the album. You can check out the trailer via the player below, and find more information about upcoming dates and more via Led Bib’s website.

New Guillermo Klein y Los Gauchos Album Out Soon: Argentine pianist/composer Guillermo Klein is set to return with a new album featuring Los Gauchos, the group that has been his favored vehicle for his unique compositional and arranging style for nearly 25 years. Cristal is made up of sounds, influences and songs both new and referring to the music Klein grew up with, kicking off with a reinvention of Gardel and La Pera’s “Melodía De Arraba.” Cristal is out on September 20 via Sunnyside. 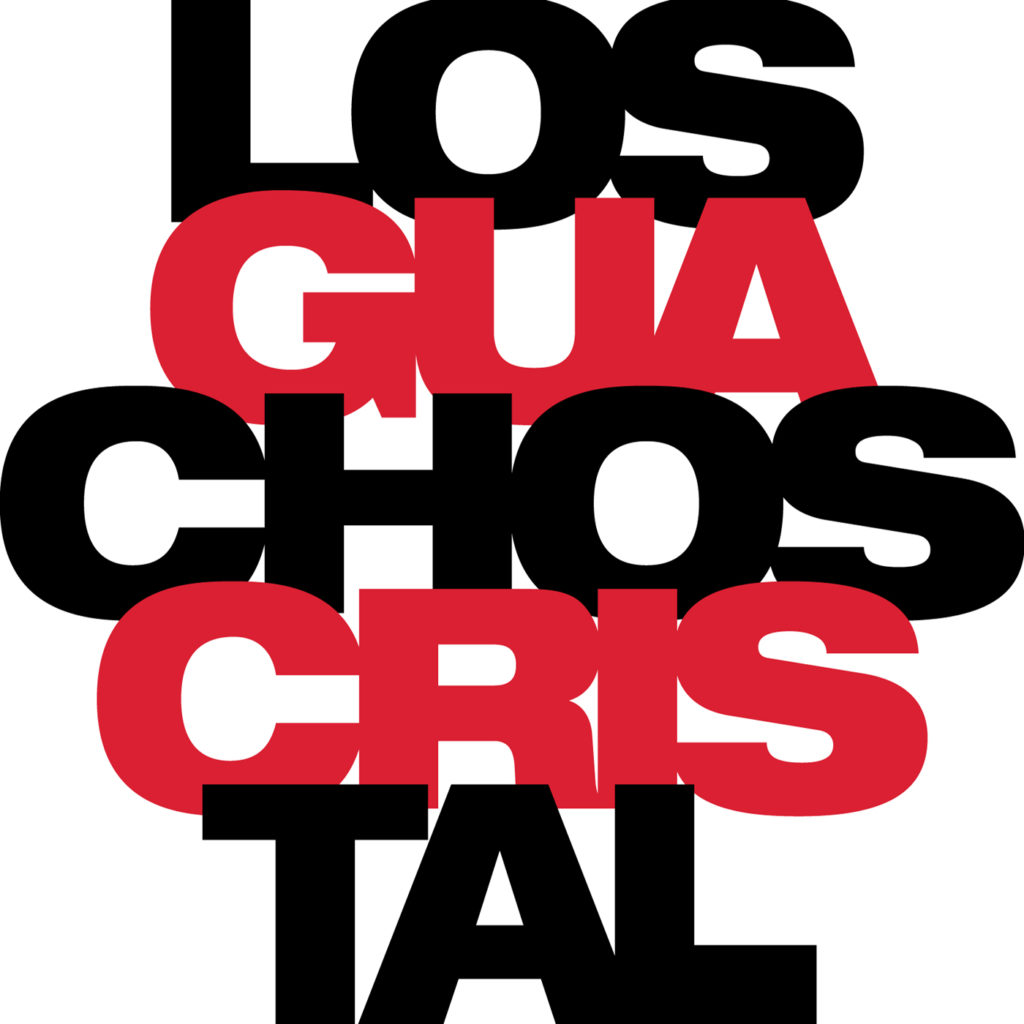 Special Gary Lucas Concert to Honor Jeff Buckley: Guitarist Gary Lucas will pay tribute to his late friend and collaborator Jeff Buckley by performing all the lost songs they wrote together plus many of the others at The Cutting Room in New York City, New York, on September 20. The show will also celebrate the 25th anniversary of Buckley’s album Grace, and feature Davide Combusti on vocals and Francesco Arpino on keyboards/guitars. The trio just completed an album titled The Complete Jeff Buckley and Gary Lucas Songbook, scheduled for release later this year via the Esordisco label. 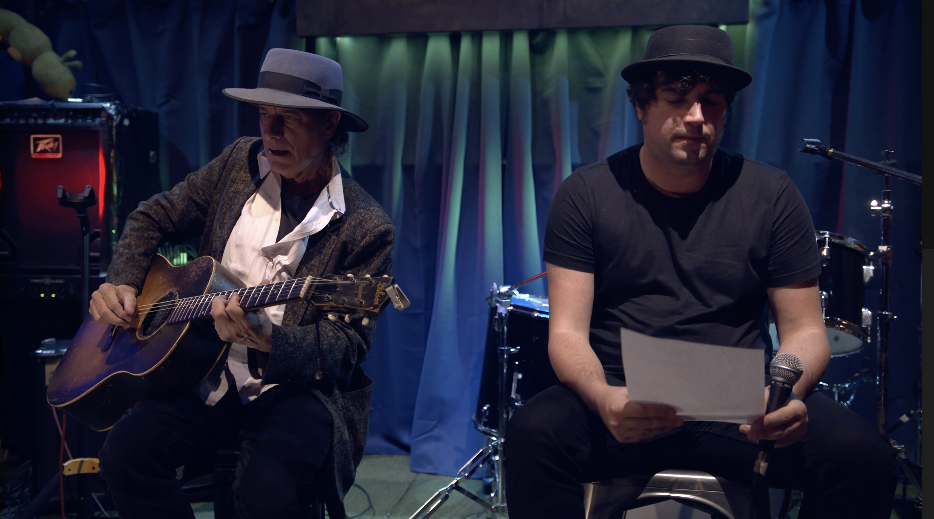 JAZZDOR Festival Announces 2019 Lineup: The 34th edition of JAZZDOR Festival is set to take place in Strasbourg, France, on November 8-23. The festival will feature a program of jazz and improvised music artists via 36 exceptional concerts. Artists that have been announced include Miles Okazaki, Joachim Kühn, Jeremy Lirola, Alexander Hawkins and the Alex Simu Quintet, among others. 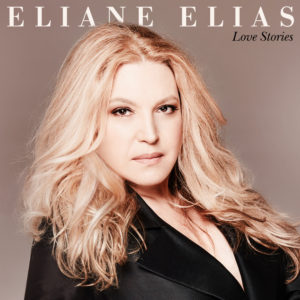 Brazilian music artist Eliane Elias showcases her mastery as a vocalist, pianist, composer, arranger, lyricist and producer on her new orchestral project, Love Stories. “The idea for this album,” she explains, “was to bring to life various stories of love and loving through this collection of songs.” The program includes three new original compositions, along with new versions of songs from Bossa Nova’s golden age and songs made famous by such artists as Frank Sinatra and Antonio Carlos Jobim. Love Stories also marks the return of the lush orchestrations by Rob Mathes (on his fourth recording with Elias), some of Elias’ favorite Brazilian rhythm section players – Marcus Texeira on guitar and Edu Ribeiro, Rafael Barata and Celso Almeida on drums – plus her core collaborators, co-producers bassist Marc Johnson and Steve Rodby. 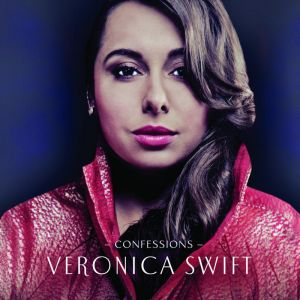 Confessions marks the proper breakout debut of vocalist Veronica Swift, who won second place at the prestigious Thelonious Monk Jazz Competition in 2015. It is also her first album for Mack Avenue. Far from it being the usual album of covers, Confessions highlights twelve oft-overlooked songs that hold a special meaning in her life. “It presents a story of my history and why I play music,” she explains via a press release. “But what I really hope people get out of this record is that no matter what happens, just stay focused, stay on your course and everything will turn out OK.” Helping Swift carry that message across are backing bands led alternately by two of contemporary jazz’s greatest pianists: Benny Green and Emmet Cohen. 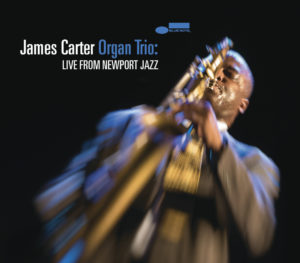 James Carter Organ Trio: Live from Newport Jazz marks saxophonist James Carter’s debut album as a bandleader for Blue Note and his first new release since 2011. The new album combines his interest with Gypsy jazz, which he had already explored on his acclaimed Chasin’ the Gypsy LP from 2000, and his fascination with the organ that, as he explains via a press release, “has always been a part of the African-American diaspora.” Live from Newport Jazz, in fact, documents Carter’s take on six compositions written by or associated with guitar legend Django Reinhardt, performed in an organ trio alongside Hammond B-3 virtuoso Gerard Gibbs and drummer Alexander White at the storied jazz festival. This, he describes as a willful attempt to “give Gypsy jazz a hood pass, or urbanize it, if you will.”